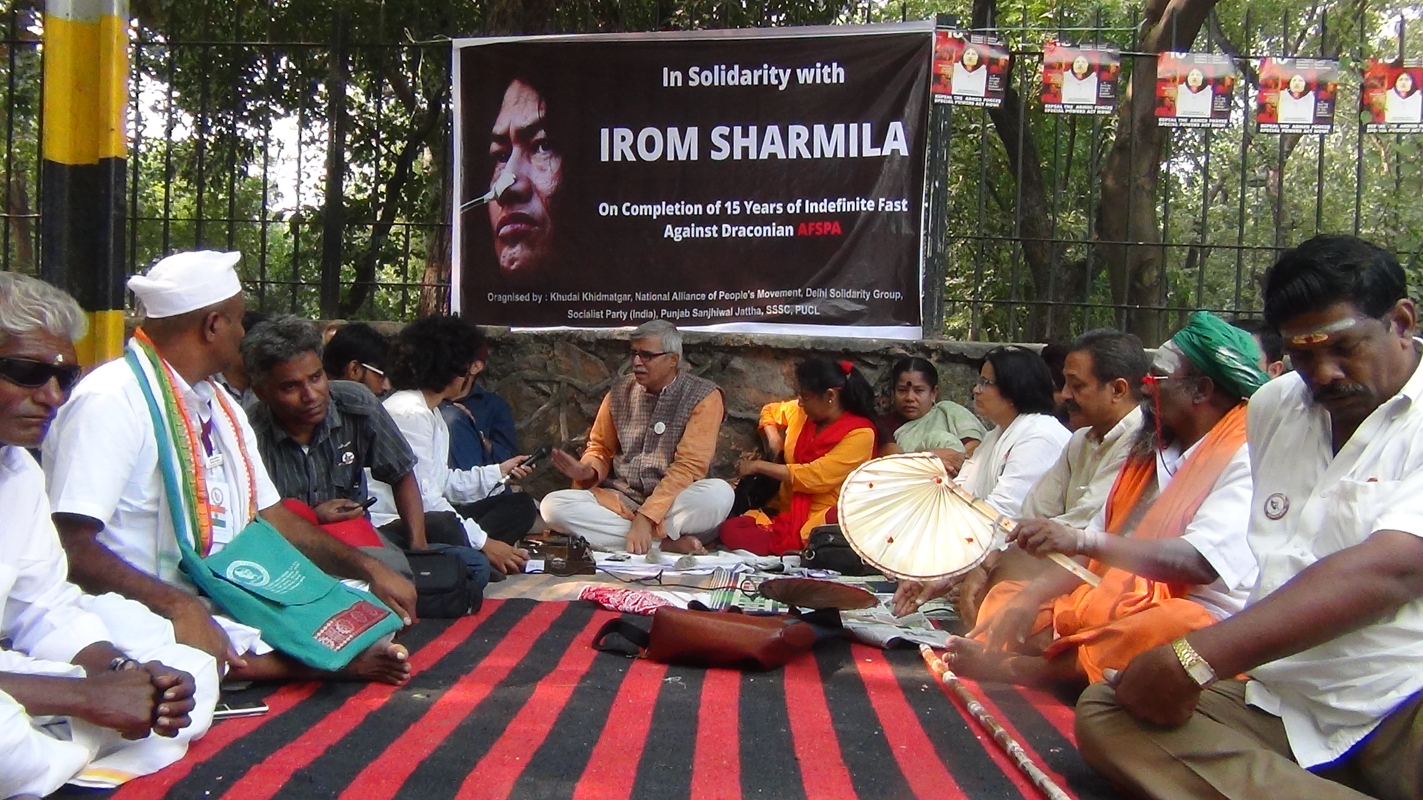 Noted Indian human rights activist, Irom Sharmila, today completed 15 years of what is perhaps the longest hunger strike in history. Sharmila is demanding the repeal of a draconian law that gives Indian security forces wide powers to fight insurgency in India’s northeastern states and Kashmir. As Bismillah Geelani reports, hundreds of Sharmila’s supporters took the streets in several Indian cities to express solidarity with her struggle.

Sharmila is being held against her will at a hospital where authorities keep her alive by force-feeding her drugs and nutrients through a nasal tube.

The protesters criticized the government for criminalizing Sharmila’s peaceful struggle rather than publicly addressing the reasons behind her protest.

“Here’s a lady who is brave, who is relentless, who has been sitting on this strike for 15 years, and the state has not responded to her,” says P Sundaram from the Coalition for Nuclear Disarmament, who was among the activists taking part in a solidarity fast in New Delhi. “Not even a single proper dialogue has happened with her. On the contrary, the Indian state is always ready to have dialogues with underground groups, insurgent and armed groups. What it means is that there is a huge challenge before our democracy. AFSPA is very important and urgent issue that needs to be addressed and it is unfortunate that the government is not listening to people who are protesting peacefully.”

Forty-three-year-old Irom Sharmila began her protest in the year 2000 after Indian army killed 10 people in her hometown in the Northeastern state of Manipur. She says she will end her fast only after the law that gives the Indian security forces sweeping powers and has led to widespread human rights abuses is repealed.

Last year, a court in Manipur had ordered her release, ruling that her fast was a form of political protest and not necessarily a suicide attempt. It is a crime to attempt suicide in India and the authorities had used the charge as the legal basis for her detention. But barely two days after her release she was rearrested and again charged with the same offense.