Burma polls: Suu Kyi says if NLD wins she will assume a post above the president 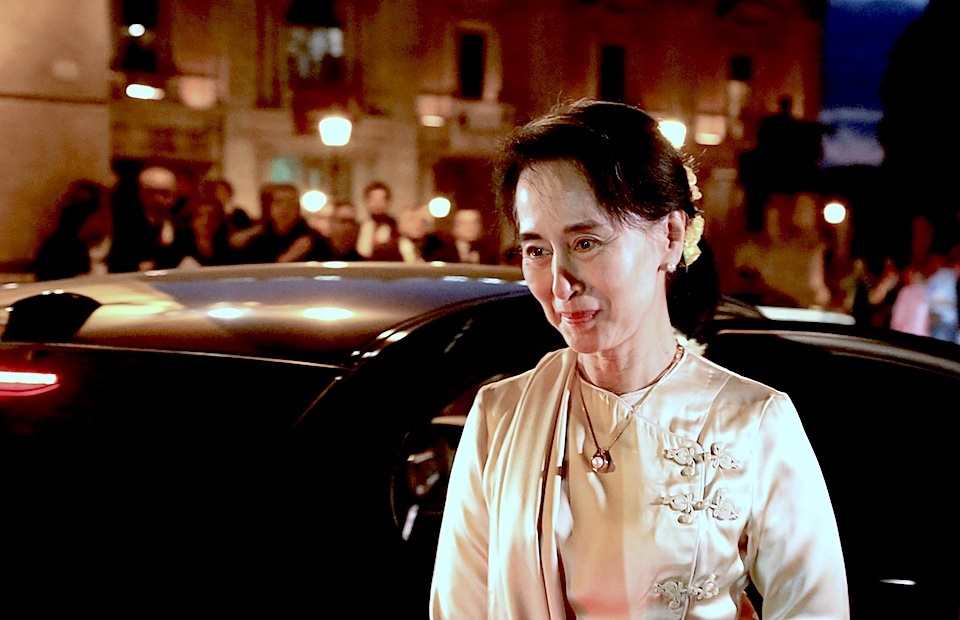 Burmese democracy leader Aung San Suu Kyi says she will rule the country in  a position higher than that of president if her party wins parliamentary elections on Sunday. The historic polls are part of democratic reform efforts Burma’s military government made in recent years – the junta illegally seized power after losing the parliamentary election in 1990. But before elections were promised, rulers in Burma – also known as Myanmar – banned the enormously popular Suu Kyi from serving as president.  Patricia Nunan has more on the Suu Kyi’s constitutional end-run from Yangon.

Aung San Suu Kyi says there’s nothing in Burma’s constitution to prevent her from assuming a post higher than that of president if her party, the National League for Democracy, wins.

“We’ll have somebody who is prepared to represent the NLD as a president, but I will take all the proper and import decisions with regard to government,” Suu Kyi announced just days before the vote. “I’ll run the government and we’ll have a president to work in accordance with the policies of the NLD.”

The apparent note of defiance comes three days before Burmese voters go to the polls to elect 291 representatives in the 440 member body.

Burma’s constitution, controversially enacted in 2008, has a clause banning those with foreign-born children from assuming the office of the presidency – a move seen as specifically targeting Suu Kyi. Her late husband and her children are British.

Suu Kyi is a democracy icon in Burma. She spent nearly 20 years on house arrest for speaking out against the military dictatorship. During that time she won the Nobel Peace Prize. She was released in 2010.

Burma’s military rulers changed the country’s name to Myanmar in 1989 – a decision not universally recognized. Their willingness to enact democratic reform remains limited, since no matter who wins the polls 25 percent of parliamentary seats are reserved for the military.