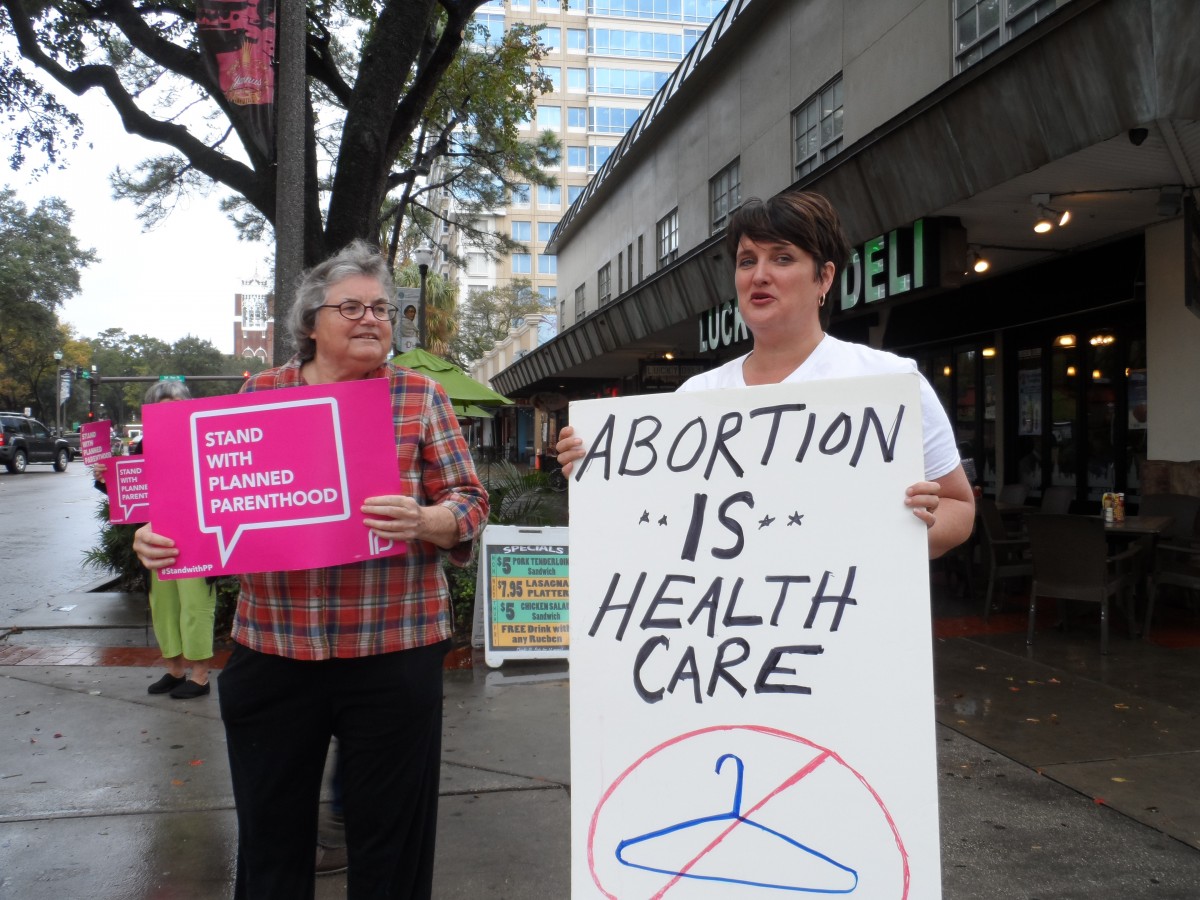 This week the U.S. Supreme Court declined to consider reviving what would have been the most restrictive abortion law in the country – North Dakota’s so-called “Fetal Heartbeat Law.” The law would have banned abortions so early in gestation that many women would not even know they were pregnant yet.

But that didn’t stop Florida lawmakers from advancing an even stricter measure this week. And as FSRN’s Seán Kinane reports, it’s just one of several abortion-related bills state legislators are considering, including measures which look a lot like a Texas law currently on the Supreme Court’s docket.

The most far-reaching bill before Florida’s Republican-dominated state Legislature would ban almost all abortions. It’s sponsored by Republican Representative Charles Van Zant and passed the House Criminal Justice Subcommittee this week on a vote of 8-3.

“The bill recognizes that both the mother and the baby are citizens of Florida,” Van Zant says. “Both their God-given right to each have their lives is and has been a recognized fundamental right as early as the Declaration of Independence.”

It’s not the first time Van Zandt has brought forth an anti-abortion bill of questionable legal standing. Pro-choice groups are pushing back. Laura Goodhue is executive director of the Florida Alliance of Planned Parenthood Affiliates.

“And it’s really clear just from the way that the bill is written that it is a challenge to the constitutionality of a safe and legal abortion,” Goodhue says. “So, yes, I do believe it’s grandstanding. I think it’s unfortunate that legislators are spending time on this because it’s political interference at its worst.”

And that grandstanding could be expensive for Florida. If this bill becomes law, it will almost certainly be challenged, perhaps all the way to the U.S. Supreme Court.

The Supreme Court decided this week not to hear a challenge by North Dakota to revive its abortion law that had been struck down because it outlawed abortions after a heartbeat was detected. But Florida’s bill goes even farther; to the moment of conception. In its 1992 Planned Parenthood v. Casey decision the Supreme Court upheld the constitutional right to have an abortion.

Adam Levine is an adjunct professor of law at Stetson University College of Law in Florida. He also used to be an ob-gyn doctor.

“If they’re just doing it for politics to show their constituents that they’re working hard to eliminate abortion and they’re going to drop it, okay it’s a small waste of everyone’s time and effort,” Levine explains, “But if they’re doing this specifically to get a challenge up against Casey v. Planned Parenthood, against Roe v. Wade. If that’s what the plan is, if they want to entice the Supreme Court into a discussion, that’s going to require a lot of money. And I think it’s disingenuous of these Representatives and Senators to pick this fight without putting in the budget how much money they’re going to need to do this fight.”

Forty-three years ago, Roe v. Wade determined that access to safe legal abortions was a constitutional right under the due process clause of the Fourteenth Amendment. Van Zandt’s bill to ban abortions outright is the most drastic of the bills in the Florida Legislature designed to restrict access to abortion, but it’s not the only one. One bill would mandate special licensing requirements for clinics that perform abortions. Another would require doctors who perform abortions to have admitting privileges in a nearby hospital. The provisions are very similar to a Texas law known as HB2, which is to be argued before the Supreme Court in March.

The vice president of a Florida chapter of the National Organization for Women says plans to further regulate abortion clinics would disproportionately limit access for low-income women. Linda Darin is with Pinellas NOW.

“In this state, Medicaid does not cover abortions. So poor women that have children are covered under Medicaid but they can’t get an abortion paid for by Medicaid. So their only option is to go to abortion clinics, basically,” Darin points out. “And when we continue to put in rules there that make it harder, like Texas, Florida is trying to put in the rule that they just put in Texas on abortion clinics. Over half their clinics closed because they couldn’t meet these requirements.”

Another bill before the Florida legislature aims to prevent Planned Parenthood from receiving government funds for services covered by Medicaid. Federal and state-level attempts to de-fund Planned Parenthood intensified after a group known as the Center for Medical Progress released heavily-edited sting videos targeting the organization. Two people associated with the Center for Medical Progress were indicted this week by a grand jury in Harris County, Texas on charges related to the videos.

Florida’s many abortion-related bills still have committee stops to clear before they can be voted on by the full House or Senate.