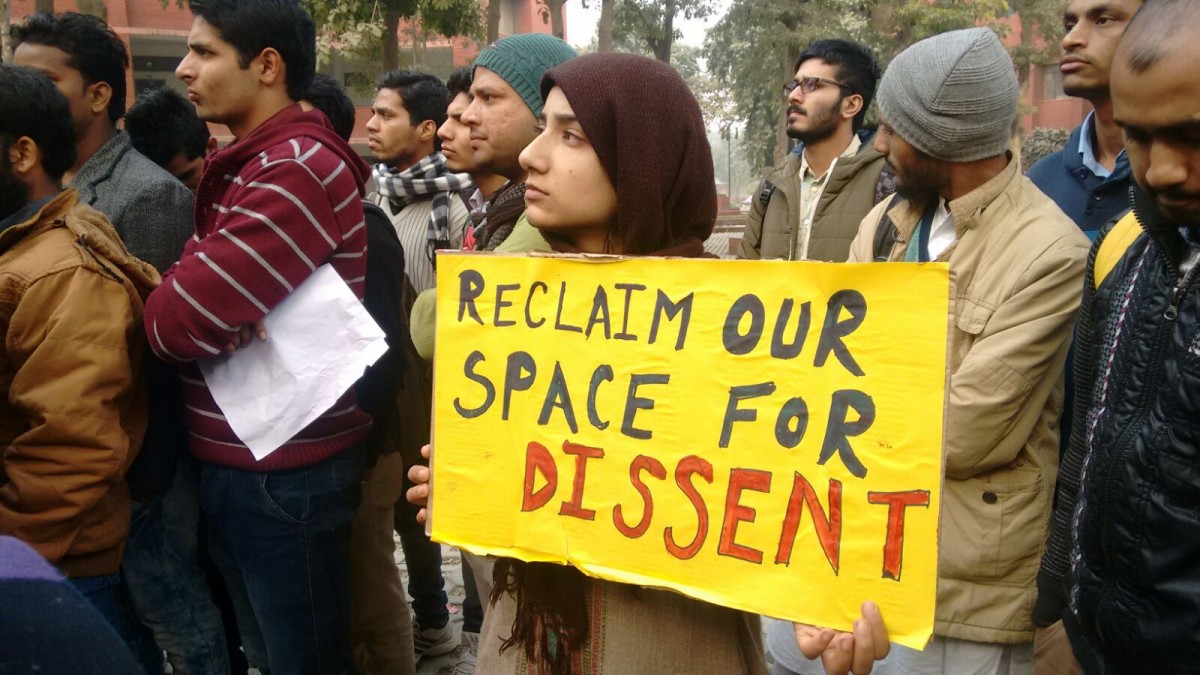 A protester in response to the suicide of a student in the Dalit class. (Photo credit: Jasvinder Sehgal)

In India, six hunger strikers have been hospitalized and protests are growing across the country after an expelled Dalit graduate student committed suicide in the southern city of Hyderabad. FSRN’s Jasvinder Sehgal reports.

Students at Hyderabad Central University are demanding action after a doctoral student committed suicide last week. Rohit Vemullah was a member of the Dalits, the lowest caste in the Hindu social hierarchy, also referred to as “the untouchables.”

In the summer of 2015, simmering tensions erupted into a campus clash between a pro-Dalit student group and another, aligned with the ruling Hindu nationalist party the BJP. Vemullah was among the Dalits. Following the incident, the university took a series of actions against the pro-Dalit group, ultimately expelling the 26-year-old PhD candidate and banning him from the campus.

“This incident against Rohit is an incident [that’s] really showing what is the nature of atrocities that is going on in a caste based and caste student society like India,” says Dr. Ruth Manorma. She is a recipient of a 2006 Right Livelihood Award, is widely known in India for her work in lower caste activism. “He was one of the brightest scholars and you know, I think the system really didn’t want him to be there. They just finished him off.”

“This is a student struggle for emancipation and social justice. We believe in leftist principle,” Lalitha says. “Okay, you come and you explain your solidarity. If you uphold his principles then you raise this issue in Parliament to ensure the inquiry of the murder of Rohit Vemullah.”

“A student committing suicide is an humanitarian issue and his parents should get justice,” remarked Thawarchand Gehlot, Modi’s Minister for Social Justice and Empowerment. “My government will try to take steps so that this doesn’t happen again. The opposition parties could give us suggestions, instead of politicizing the issue.”

But protesters around the country say the issue is inherently political in India, a country still largely structured in distinct social layers with almost 180 million people in the lower castes. A group of Dalit faculty have also joined the protests and announced a hunger strike, and students across the country plan to mark Rohit’s 27th birthday on January 30 by marching to New Delhi.