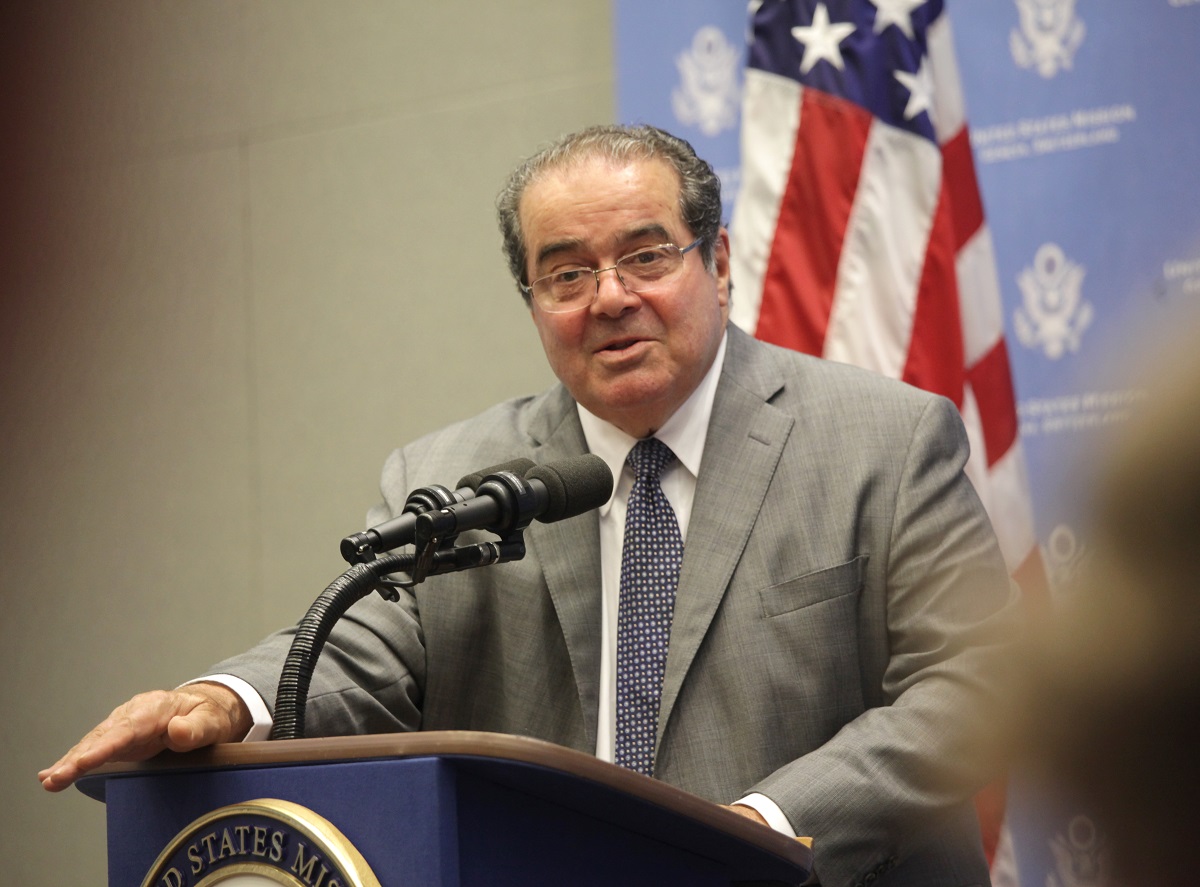 The longest sitting member of the U.S. Supreme Court died Saturday. Justice Antonin Scalia died in his sleep while on a hunting trip at a luxury ranch in Texas. His death, and the resulting vacancy on the bench, changes the outcome for some of the cases pending at the court, and shifts the odds considerably for others on the docket. FSRN’s Nell Abram has more.

Shortly after the confirmation of Scalia’s death, Senate Majority leader Mitch McConnell issued a statement in which he said the American people, “should have a voice in the selection of their next Supreme Court Justice. Therefore, this vacancy should not be filled until we have a new president.”

By early evening however, President Barack Obama addressed the nation, acknowledging Scalia’s role as one of the country’s “most influential” justices and mincing no words about his next steps.

“I plan to fulfill my constitutional responsibilities to nominate a successor in due time. There will be plenty of time for me to do so, and for the Senate to fulfill its responsibility to give that person a fair hearing and a timely vote,” Obama said. “These are responsibilities that I take seriously, as should everyone. They’re bigger than any one party. They are about our democracy.”

But that clarity did not stem Republican calls to delay the confirmation process, calls echoed by all six of the party’s candidates at their presidential debate Saturday night.

Republican contender Florida Senator Marco Rubio said “… we need to put people on the bench that understand that the constitution is not a living and breathing document. It is to be interpreted as originally meant.”

Antonin Scalia was appointed to the court in 1986 by then-President Ronald Reagan. In his second term Reagan went on to appoint another justice, Anthony Kennedy, 14 months before he left office.

“I believe the mood and the time is now right for all Americans, in this bicentennial year of the Constitution, to join together in a bipartisan effort to fulfill our constitutional obligation to restore the Supreme Court to full strength,” Reagan said.

The political posturing is additionally ironic, given Scalia’s strict “originalist” approach to constitutional law. U.S. Senator Elizabeth Warren, pointed out the dichotomy in a statement released on social media: “Article II Section 2 of the Constitution says the President of the United States nominates justices to the Supreme Court, with the advice and consent of the Senate. I can’t find a clause that says ‘…except when there’s a year left in the term of a Democratic President.’”

Speculation is rife about who Obama will tap as his nominee. Bench watchers are betting on judges who’ve been recently vetted and confirmed to other posts, among them D.C. Circuit appellate judge Sri Srinivasan and Attorney General Loretta Lynch.

And, the uncertainty isn’t limited to who will fill the seat. Scalia’s death leaves the outcomes of high-stakes cases currently before the court up in the air because his votes already cast, but not announced, are invalidated by his absence. That could change things in pending cases on issues like affirmative action in university admissions and union dues collected from non-members.