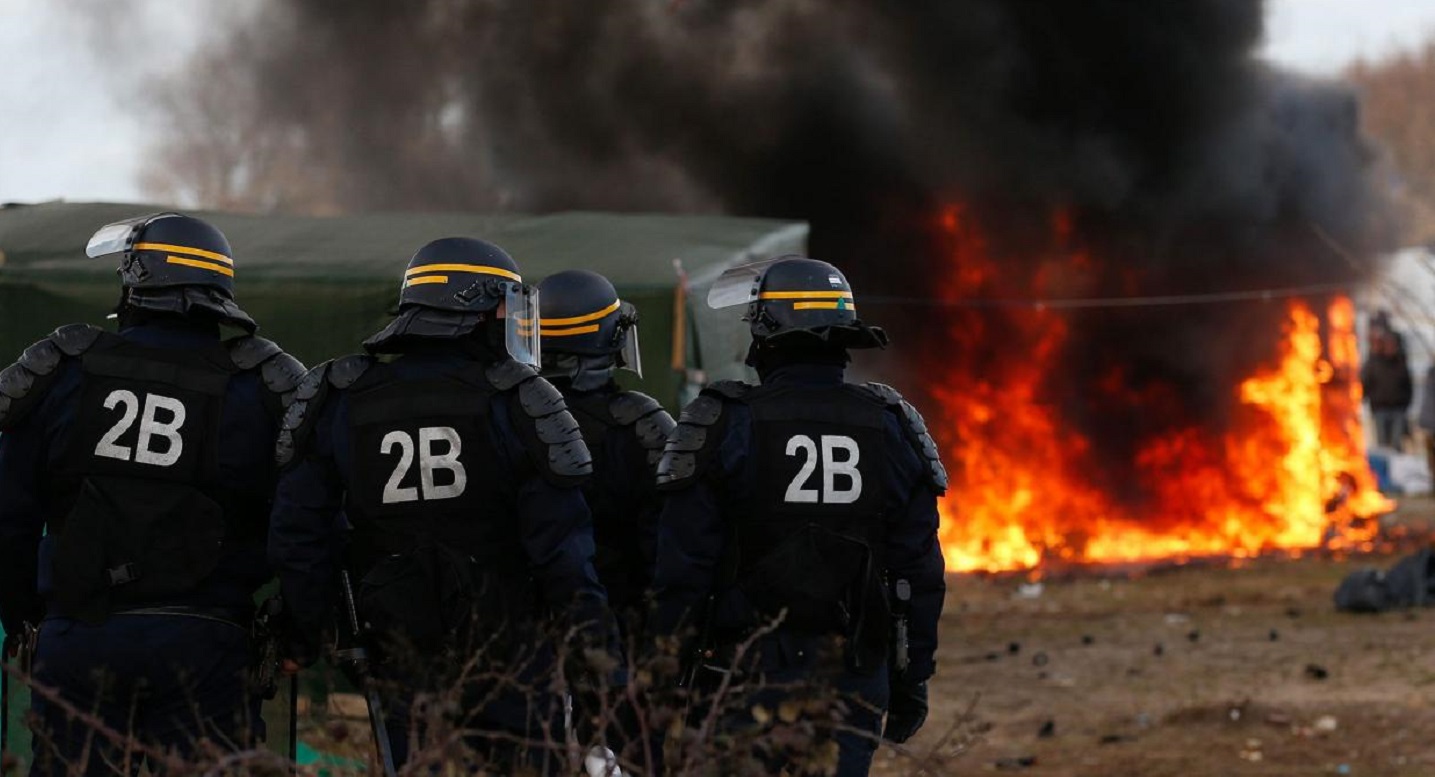 Demolition at a sprawling migrant encampment in the northern French city of Calais continued Wednesday. Humanitarian groups say evictions have been “brutal” and protesters in Paris are calling for the demolitions to stop. FSRN’s Khaled Sid Mohand reports.

Immigration advocates and aid groups say local authorities demolishing a massive refugee camp in Calais are brutally evicting migrants camped there, deploying rubber bullets and tear gas. Fire broke out in the makeshift camp, known as The Jungle, on Monday as clashes erupted between refugees, anti-border activists and the riot police who came to dismantle the southern part of the camp. Located on the outskirts of the northern coastal city, estimates range from 3500 to 7000 refugees had sheltered there, mainly from Syria, Afghanistan, Sudan and Eritrea — hoping for a chance to sneak onto trucks headed for Britain.

“They don’t want refugees to come to France,” says Denis Goddard, a 50-year-old activist who organized a demonstration on the Republic Square in Paris to protest the French immigration policy. “They want to frighten them, they chase them from everywhere they are.”

While most observers agree living conditions for refugees in Calais’ Jungle are horrible, the situation for refugees recently arrived in Paris is even worse. Hundreds of people sleep in the streets, exposed to bitterly cold temperatures and afraid of police harassment. One migrant recently caught a police officer on tape as he routed a group sleeping in the street in the middle of the night.

“I don’t care, you have to go,” the officer says threateningly. “You, you don’t respect this country, you spit on this country. I don’t give a sh*t. You pack your staff and you go. If you don’t move along, we’ll make you move. You understand?”

As demolition continues in The Jungle, some refugees who have not been resettled by state or local authorities are already flowing back to Paris, increasing the number of destitute refugees in the streets of the French capitol.