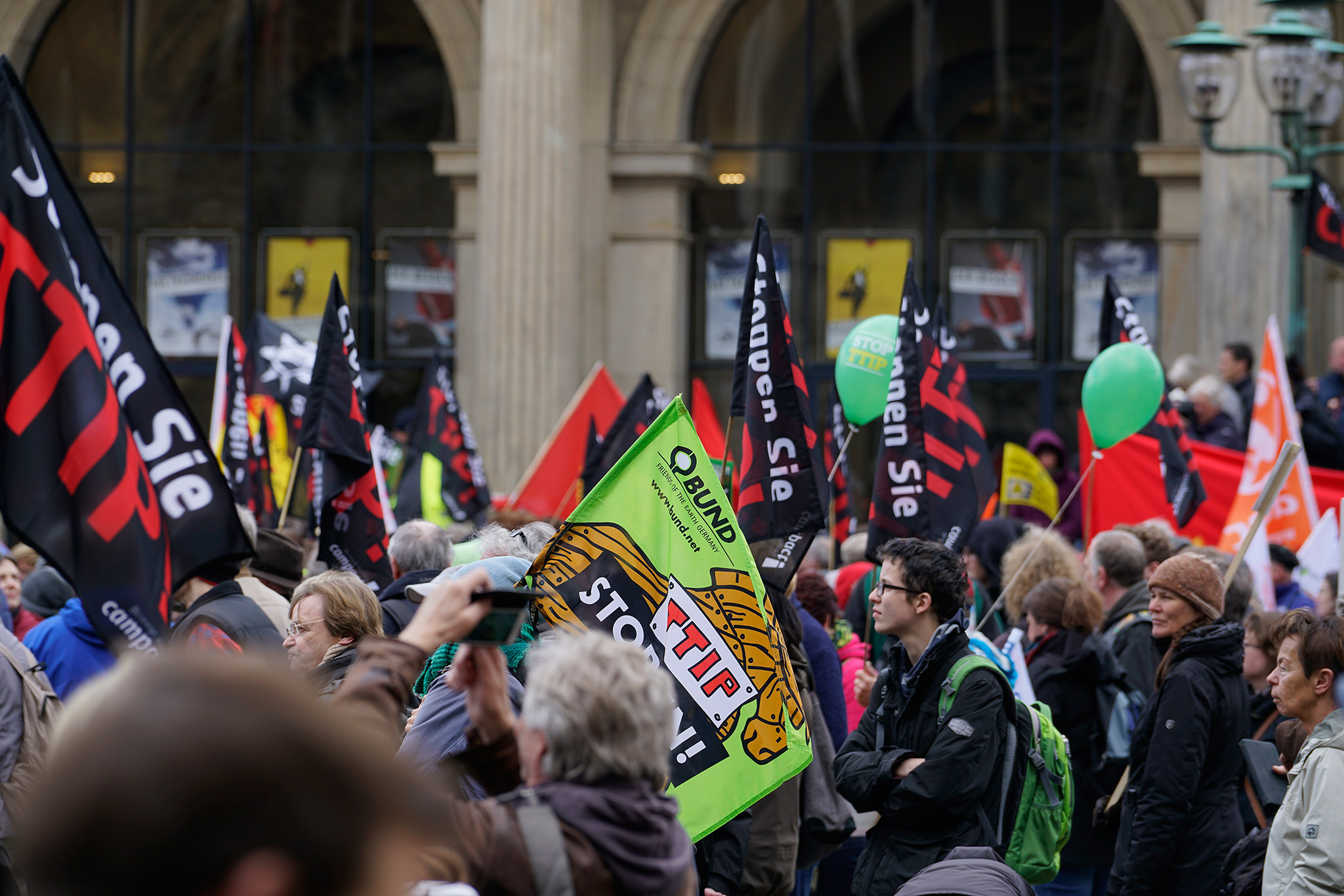 President Obama wrapped up two days in Germany where he announced the largest expansion of U.S. ground troops in Syria since the civil war there began. Obama said Monday that the Pentagon will dispatch 250 special forces troops to help local militias battle against the so-called Islamic State. The U.S. has been leading airstrikes in Syria against suspected ISIS fighters in Syria since 2014.

But Obama used much of his time in Germany to push for the controversial Transatlantic Trade and Investment Partnership (TTIP) trade deal between the U.S. and European Union that would reduce regulations in a common market of 800 million people. FSRN’s Jacob Resneck has more.

President Obama arrived in the city of Hanover Sunday, received by around 35,000 Germans protesting TTIP in a colorful demonstration against the trade pact that would include all 28 EU member states and the United States.

Closed-door negotiations began in 2013 for what is essentially the European version of the equally controversial Trans-Pacific Partnership (TPP) opposed by many labor unions, green groups and human rights and consumer advocates.

Obama said public skepticism is understandable. But he painted TTIP as a way for countries to band together and deal with common challenges in a globalized economy.

“That’s not the right answer,” the president added.

Obama also met with his British, French and Italian counterparts to drum up support for TTIP. And he sat down with chief executives of some of the largest U.S. and German companies including Dow, Lockheed Martin, Honeywell, Bayer and Siemens.

TTIP has been a hard sell in Europe where many labor and consumer protections are stronger and more comprehensive than those in the U.S. That’s what makes many people fear free trade and harmonization with laws from across the Atlantic. But Obama insisted the EU’s protections would be safeguarded.

“And those like me who support European unity and free trade also have a profound responsibility to champion strong protections for workers – a living wage and the right to organize, and a strong safety net, and a commitment to protect consumers and the environment upon which we all depend,” Obama said.

But TTIP’s critics point to provisions allowing corporations to challenge national, state and local laws they deemed anti-competitive in special tribunals outside of civil courts.

That could include the very consumer and labor laws or environmental regulations cited by the U.S. president.

“Obama is actually selling TTIP with false promises,” Jorg Haas of Campact, a German citizens’ group that has been mobilizing direct action against TTIP, told FSRN.

Meanwhile in New York, the 13th round of TTIP negotiations begins this week.

Obama will still need to persuade Congress to pass both the TTIP and TPP trade pacts – both of which he says he hopes to get that done before he leaves office next year.