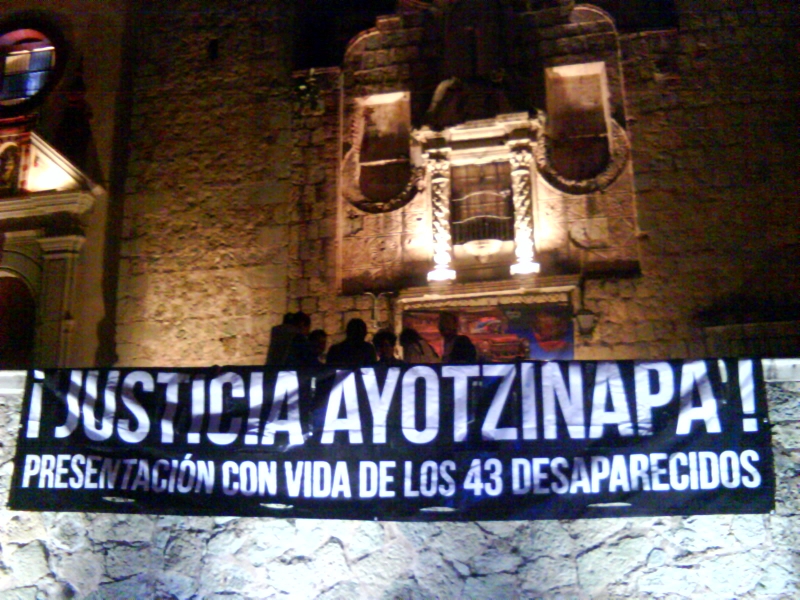 A group of international experts has presented its final report on one of Mexico’s most notorious human rights crimes in recent years. The government-contracted outside investigators released their findings just before their official mandate expired. Shannon Young reports.

The Inter-American Commission on Human Rights-backed panel of experts investigating the disappearance of 43 Mexican students presented its second, and final, report on the case Sunday. The report is their last, not because the group reached a conclusion, but rather after months of increasingly public breakdowns between the international experts and domestic authorities, the Mexican government has refused to renew the panel’s mandate.

Months after the September 2014 mass disappearance, Mexican government investigators concluded that all 43 students had been summarily killed and their bodies incinerated in a trash dump – a hypothesis based largely on detainee confessions. Many critics question the veracity of detainee statements in a country where torture is a frequent practice during interrogations.

Then in September 2015, the international experts issued their first report, casting serious scientific doubts on that theory and opening new possible lines of investigation. Mexican authorities seemed willing to re-evaluate their theory. But one member of the independent panel of experts says the cooperation was short lived.

Claudia Paz y Paz is a former Attorney General of Guatemala, known for prosecuting high-level corruption cases. She says a backlog of pending information requests went unanswered for months, and even then about half were denied. Among them, telephone records of communications between local police the night of the attacks and GPS data from the student’s phones – some of which remained active well after the date they were allegedly killed and incinerated.

“Why was it so important for us to do this forensic telephone analysis? Because it’s a way to verify or disprove the statements made by the alleged perpetrators.” explains Paz y Paz. “It also serves as a way to help to confirm witness testimonies – and because what information was included in the case file about telephone communications was incomplete.”

Paz y Paz said the telephone records were just one example of stonewalled requests. The independent experts also repeatedly asked to interview military personnel present on the night of the attacks, to no avail.

Mexican authorities have since rescinded their willingness to look anew at alternate possibilities, returning to their official version of events while ruling party-aligned media outlets have been churning out stories that publicly discredit and smear the international experts.

With the expert panel’s mandate expiring April 30, the National Human Rights Commission is expected to pick up where they leave off. How effective they might be is increasingly uncertain. Just last week, lawmakers passed a bill that expressly allows military personnel to carry out raids of “independent” government agencies, including the National Human Rights Commission, where many active case files of citizen complaints against alleged military abuses are stored.