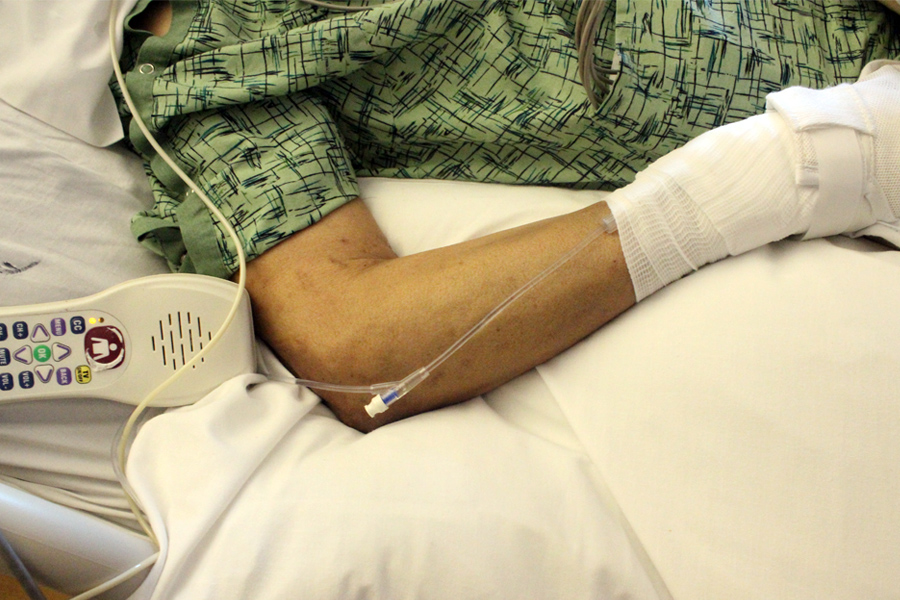 Sales of prescription opioids in the U.S. have nearly quadrupled since are 90s, and overdose deaths have increased at a similar pace, according to data compiled by the Centers for Disease Control and Prevention. Opioids are close chemical cousins of heroin, and include Vicodin, OxyContin, Codeine, Morphine and Percocet.

Attention to opioid misuse and abuse was on the rise well before the recent death of music icon Prince, and speculation continues about the role prescription painkillers may have played in his death. But one thing is sure: there is strong bipartisan support for legislation reining in opioid use and calls for doctors to think twice before prescribing the painkillers.

FSRN’s Lena Nozizwe reports from Los Angeles that new guidelines could have a major effect on older patients.

Around one-third of Americans, from their late 40s to their late 80s, deal with some form of chronic pain, according to the Gallup-Healthways Well-Being Index. Fifty-two-year old Martha is one of them. She has plantar fasciitis, an inflammatory condition that makes it painful to stand, even though she has to be on her feet during her shifts at a Los Angeles grocery store. When she has been admitted to the hospital, doctors routinely prescribe opioid painkillers, even though she says taking the drug could be dangerous for her.

“And they have this on file and I always have to tell them, ‘I have a heart condition, how am I going to take this?’” Martha explains. “And it says it can harm you and they still give it to me.”

A Centers for Disease Control and Prevention study found that health care providers wrote 259 million prescriptions for opioid medications in 2012. That’s enough for every adult living in the United States to have a bottle of pills. And while seniors report more chronic pain symptoms than other age groups, treating their pain with opioids comes with a greater number of risks.

Dr. James Edwards, who has been practicing medicine for more than 30 years, says doctors should factor the patient’s age, condition and use of other medications into the decision to prescribe opioids.

“As people get older, they may be more susceptible to side effects and so forth, so you may want to alter your decision of whether to use the medicine at all or if you use it, perhaps the dosing of the medicine,” Edwards points out.

The CDC reports that 44 Americans die everyday because of prescription drug overdoses, with the majority of those deaths involving prescription opioids. Those overdoses include instances in which patients followed instructions given by doctors who prescribed the wrong opioid medication or too much of it.

During his most recent weekly address, President Barack Obama shared some of the sobering statistics that have made the issue a priority: “Drug overdoses now take more lives every year than traffic accidents. Deaths from opioid overdoses have tripled since 2000.”

“Many states have taken action, but this threat also requires a national response,” Ryan says. “So whether it is protecting infants, whether it is stopping kingpins or pushers, or making better use of data, we are going to take all of these ideas, pass them through the House, go into a conference review with the Senate, and we intend to put a bill on the president’s desk fast.”

But funding for the programs outlined in the legislation is less clear. The White House is seeking more than one billion dollars for treatment, monitoring and enforcement.

Opioid prescriptions were less common before the late 1990s, with the Drug Enforcement Administration closely monitoring legal sales of the drugs and the doctors authorized to prescribe them. Veteran physician James Edwards says the painkiller pendulum then swung in the other direction, with a campaign calling on doctors to treat pain symptoms with more potent medication.

“I remember, as many physicians, 15 years ago or so there was a huge push to monitor everybody on are they checking for patient’s pain and are they treating this?” recalls Edwards. “My impression, and from what I have read also, is that part of the whole effect of all that was that people increased their treatment use of pain with opioids.”

Dr. Edwards says, for him, it has always been a matter of balancing the risks and the benefits in individual cases. He does not know how legislation — existing and proposed — will impact the trends in opioid use for patients of all ages. But with an opioid epidemic reaching crisis proportions and creating pressure on politicians to act, legislation may soon force the hand of doctor discretion.