Tensions escalate along border between Gaza Strip and Israel 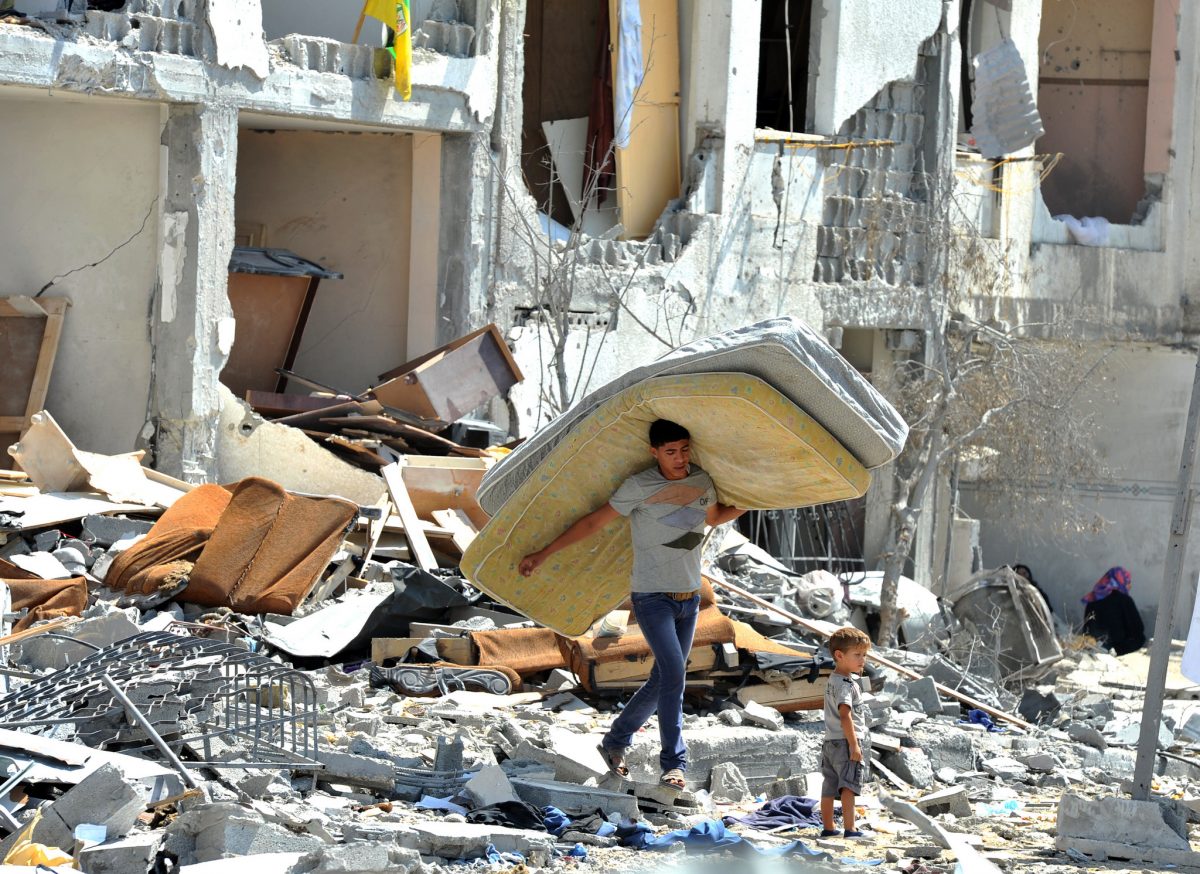 A Palestinian searches through rubble of his destroyed home hit by Israeli strikes in Towers Al-andaa, in the northern Gaza Strip, after the 2014 conflict. (Photo credit: UN Photo by Shareef Sarhan via Flickr / Creative Commons)

The conflict this week between Israel and the Gaza Strip continues to escalate. Thursday, Israeli tanks shelled the southern part of the region, killing a Palestinian. During the past 48 hours, Israeli troops have launched airstrikes and tank attacks in various areas of the region including farm lands, open fields and Hamas and Islamic Jihad posts. The Israeli army contends that the military action is in response to Gaza mortar shells on their engineering crews, working near the border. FSRN’s Rami Almeghari reports from Gaza City.

The Israeli army killed a Palestinian woman, a mother in her early fifties, and injured a man in the fresh spate of violence that has broken out in the Gaza Strip. Israeli tanks and warplanes struck multiple locations in Gaza Thursday, in what Israel says is a response to Hamas and Islamic Jihad’s mortar shells fired on Israeli troops.

According to Israeli media, the military actions on the border lines are aimed at subterranean tunnels they say Hamas dug since the end of the 2014 Israeli military offensive on Gaza. Gaza-based armed factions, including Hamas and the Islamic Jihad, however insist that Israeli excavations near the border lines violate the ceasefire deal that ended the 2014 war.

Amidst fears of further escalation, Gaza residents, who have endured three major Israeli attacks on the coastal enclave, are hoping for calm.

“In the last war, in 2014, both children and adults suffered a lot and were affected psychologically,” says 35-year-old local resident Nader Abuelarraj. “We really hope that war will not be repeated.”

In 2014, Israel carried out a major war on Gaza, under the pretext of destroying underground tunnels, which Israel considers a violation of its territorial sovereignty. More than 1,200 Palestinian men, women and children were killed and 75,000 people are still homeless after many thousands of houses were destroyed.

Local media now report that the Qatari ambassador to the Palestinian Authority, Mohammad Alamadi, is mediating a ceasefire. Meanwhile, the Israeli army has beefed up their presence along the eastern borders of Gaza and the excavations continue.