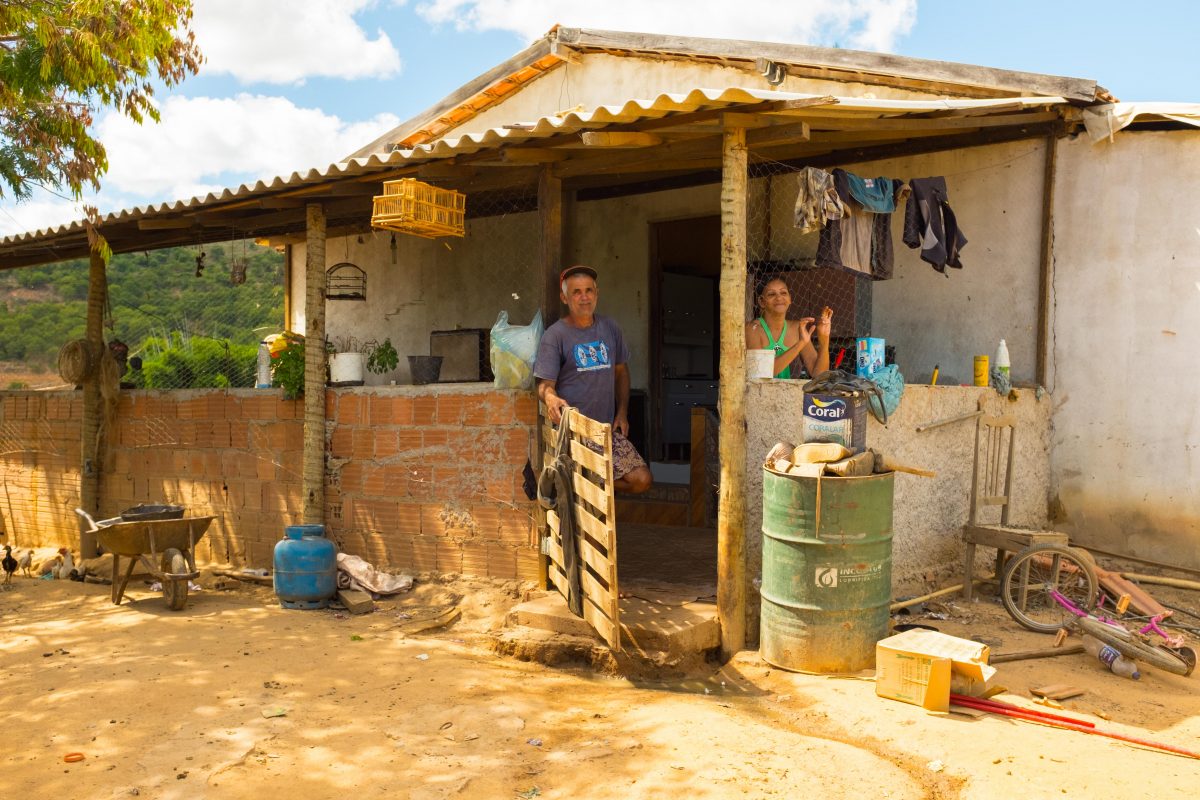 Marquinhos and Jeane have a home on an island in the Doce River. They rely on the river for their water, food and income.

It’s been exactly six months since the Fundão Dam in Brazil’s historic mining district of Mariana collapsed, unleashing a torrent of muddy mine waste known in the industry as “tailings” – 62 million gallons of it. It was the largest tailings spill in history. When the wave of mud surged through the dam, it destroyed the town of Bento Rodriguez. Seventeen people died. Then, the mud poured into the Doce River. Andres Camacho takes us now to the banks of this river, six months after the disaster, to meet the local fishermen whose livelihoods depend on the waters.

A fisherman named Julho walks across what looks like a Martian landscape, an expanse of reddish mud that’s dried and cracked under the sun. Just ahead is the Doce River, now an orange ribbon. He says the river is fine.

But visual warning signs, like its disturbing burnt orange color and the toxic looking foam in its swirling eddies, suggest otherwise. Julho shrugs, his voice confident. “There are still plenty of fish,” he says.

Julho starts the motor while his son splashes around in the river.

Tailings can contain high concentrations of heavy metals: arsenic, cadmium, lead, and mercury – neurotoxins that bioaccumulate in the edible tissue of fish. That’s in addition to any processing chemicals that were used at the iron mine.

In the boat, Julho has a net and a flower-printed dinner plate. When he cuts the motor he uses the plate like a paddle to stealthily guide the boat in close to where he wants to cast the net. He catches 15 kilos of Tilapia that afternoon. The fish have grey scales and ivory bellies. They look normal.

Approximately 120 miles downstream, at the mouth of the Doce River, fishing has been banned since the plume of toxic mud arrived. IBAMA, Brazil’s environmental protection agency, enforces the ban through fines beginning at 700 reals [$198.00]. The fishing ban is a precaution in light of concerns that fish stocks may be contaminated by the heavy metals contained in mine tailings. It is unclear why the ban is not in effect upstream.

Julho’s brother Marquinhos lives on an island in the river along with their father, who goes by the nickname Zenzinho Pescador, or “Fisherman Little Z.” He wears his profession like a title, proudly. He’s been fishing the Doce River for over 60 years.

“Even the dogs know my name,” he says.

A cable strung across the river provides electricity here, but the people on this island rely on the river for everything else: food, water, and income. Zezinho says, despite public concerns about fish and water safety, they’ve been left with few choices.

“I had fields of corn, manioc, potatoes, beans, bananas and peanuts,” Zenzinho recalls. “All were destroyed by the mud. Nothing grows in that mud. Now I have to buy food, I’ve never done that before.”

Ironically, after this disaster they rely on fish more than they ever have. On their current budget, it’s easier to catch fish than to buy food at the store.

“My daughter doesn’t eat the fish. She is scared. I am scared too. They say it could bring illnesses in the future,” explains Jeane, Marquinho’s wife. “Who knows who is telling the truth? I’ve eaten the fish because I was hungry. I had to eat it. I had no other choice.”

Money is in short supply here. Marquinhos’ family relies on monthly payments from Samarco, the Brazilian mining company responsible for the spill. Each month, they receive 1,870 reals [$528.00]. That’s less than one-third of Marquinho’s income from fish sales prior to the spill. They’re barely getting by.

Fishing is the only profession Marquinhos knows, so he continues to fish. He’s good at what he does. Marquinhos has 700 kilos of fish right now, stored in large freezers. No one wants to buy it.

It’s understandable why fishermen like Marquinhos and Julho insist that the river and the fish are fine. Maybe, if an American journalist reports that the river is fine, they’ll be able to find some customers.

The family has heard rumors that Samarco is going to stop its payments to fishermen next month. Jeane is worried.

“If Samarco truly stops paying like they say, what will we do? Is Samarco going to buy the fish?” Jeane asks. “We can’t even give it away. A solution has to be presented or my family will go hungry.”

Sometimes, news about an environmental disaster can seem distant and abstract. Sure, the mud from a mine spill has left a massive orange stain across a swath of Brazil, but the earth kept spinning. But for the people on the banks of the Doce River, the fishermen and their families, there’s no abstraction here. And while it may not be the end of the world, it is, in fact, an effective end to their way of life.