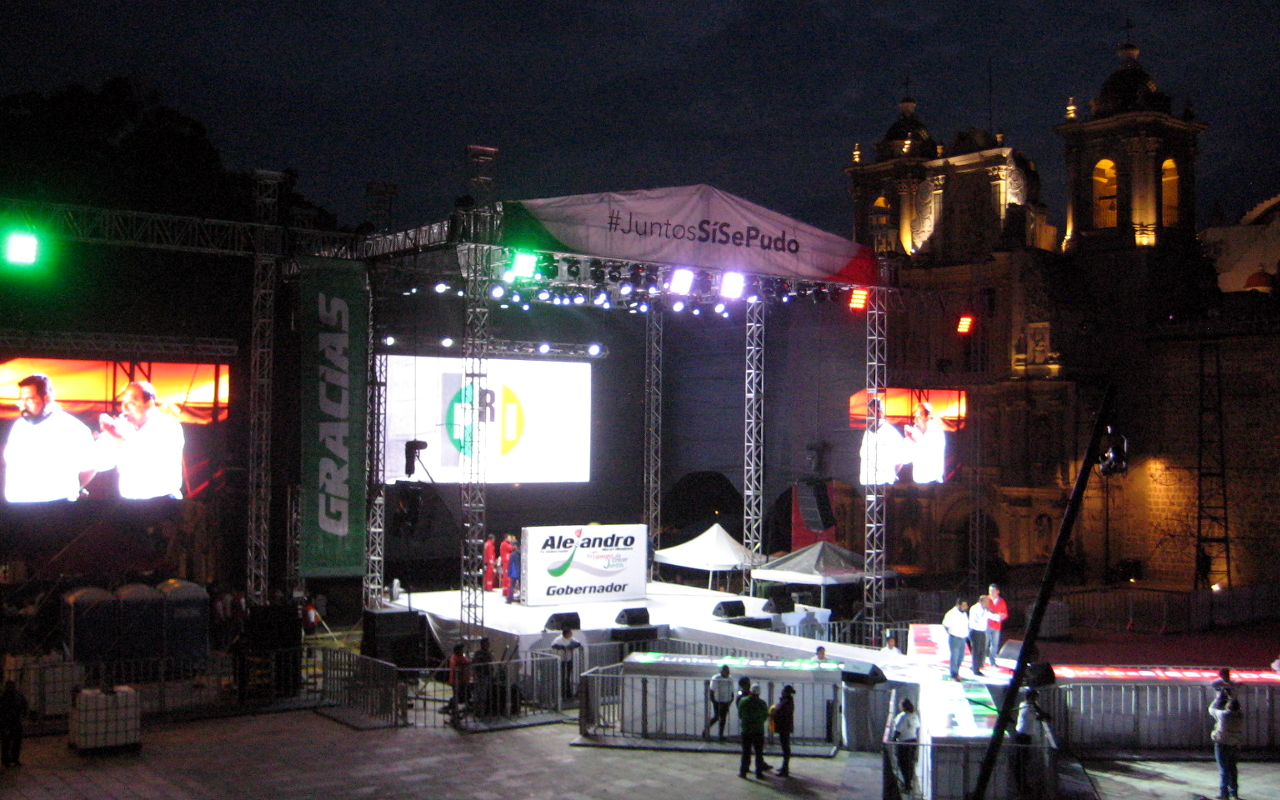 More than one-third of Mexican states held gubernatorial elections Sunday. Early results show the ruling PRI party lost in three states where it had held an uncontested grip on power for 86 years. But the party of the Mexican president will return to power in at least one of the states that voted it out six years ago. Shannon Young has more from Oaxaca.

Many political observers had their eyes on two races where the ruling PRI party had never lost an election; the oil-rich, violence plagued Gulf Coast states of Tamaulipas and Veracruz. Preliminary results show candidates from the conservative PAN party eked out victories there.

In another tight race, the PRI will resume control of the governor’s office in the southern state of Oaxaca after a six year pause in eight decades of PRI rule. The winner in that race, the son of a former governor, celebrated his then-unofficial victory with a lavish party in one of the largest plazas of the state capital Sunday night.

Mud slinging and heavy spending were on display in the lead-up to the tightest races, yet voter turnout in some areas was less than thirty percent.

There was a notable trend in the closest races: a distinct lack of substantive choice in leading candidates — beyond their party affiliation. In Tamaulipas, the top two contenders faced rumors of links to organized crime during their stints as mayors of border cities. Both leading candidates in Oaxaca have been accused of using their past government positions to loot funds from public coffers. And establishment party voters in Veracruz had to choose between two related members of the same, scandal plagued political dynasty.

The ideological line between parties has become so blurred in some states that the PAN and the PRD – theoretically on opposite sides of the political spectrum – formed coalitions to run against the PRI. A relatively new party, MORENA, is proving itself to be the non-establishment party for leftist voters, gaining around a quarter of the vote in some states and defeating the PRD in constituent assembly elections in its long-time bastion, Mexico City.

While many political analysts say Sunday’s elections don’t bode well for the PRI in the 2018 presidential race, the high cost of the elections coupled with the low voter turnout suggest a deeper crisis in what is ostensibly a functional democracy in Mexico.