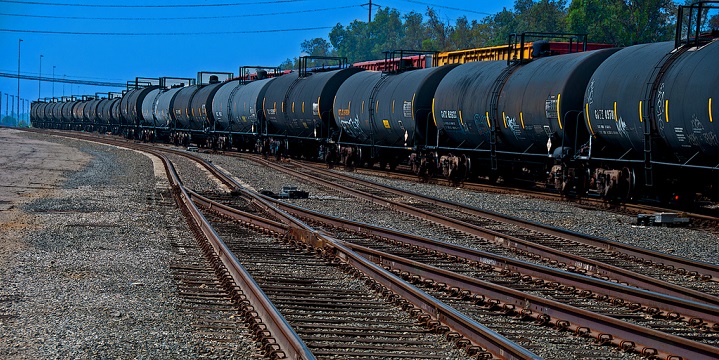 A new accident involving oil hauled by rail in Oregon is fueling calls for a moratorium on the shipping method in the Pacific Northwest. Jenna Yokoyama has more from Portland.

On Friday, June 3, a train carrying crude oil from the Bakken oil fields in North Dakota derailed in the small town of Mosier, Oregon along the Columbia River Gorge. Multiple rail cars caught fire within a few yards of the town’s sewage plant, damaging part of the area’s sewage and water treatment system. Residents have been left with a warning to boil water and a ban on indoor waste water, which means no toilet flushing and no running water down the drain.

This isn’t the first time the town of Mosier has had to deal with crude oil spills interfering with its sewage plant. When the town expanded the plant back in 2008 a large oil spill was discovered at the site. Since Mosier was unable to prove who was responsible for the spill, the small town with a population of 400 was forced to take on the cost of the cleanup.

Mosier Mayor Arlene Burns says that oil shipped by rail was the likely suspect in that case as well.

“It turns out there was a crude oil spill underground that — we couldn’t prove it, of course, but it was most likely caused by a railroad accident a long time ago because it was right by the tracks, and it cost the city a half a million dollars in DEQ cleanup before we could even start on our sewage treatment plant,” Mayor Burns explains. “So we have tremendous debt that — you know, it will be the rest of my lifetime — we won’t even have recovered from the debt and we have very few resources to help pay for these things.”

The Union Pacific railway company has begun cleanup efforts at the site of Friday’s accident, clearing the derailed cars from the tracks. The larger question about who will be responsible for repairing the damage to Mosier’s water and sewage treatment plant remains unclear.

Local environmentalists have long been calling for a ban on the oil by rail transport of crude through the Pacific Northwest and oppose plans to expand the region’s current oil transportation infrastructure.