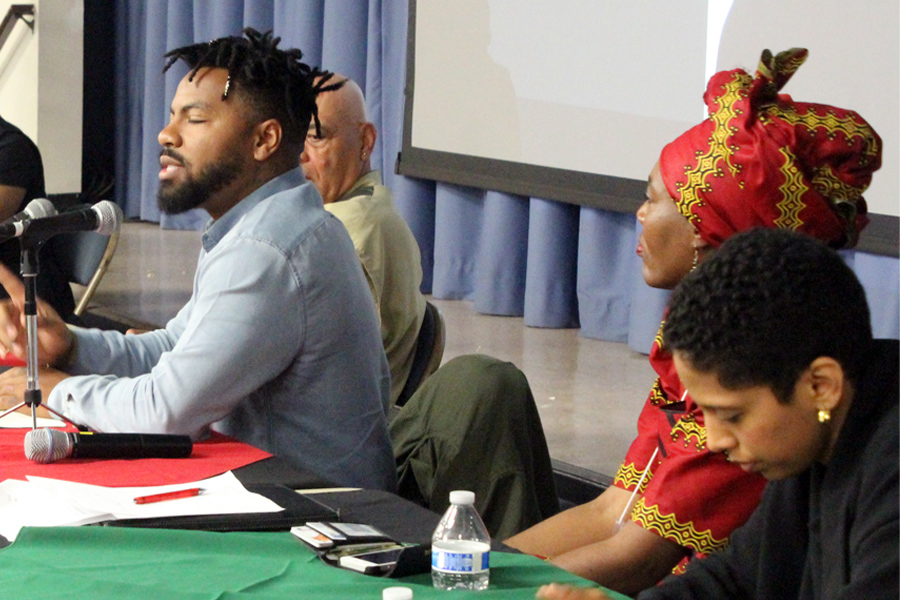 The Migration Policy Institute counts Black immigrants as one of the fastest growing demographics in the United States, increasing by almost 200 percent from the 1980s and 1990s and doubling in size during the 2000s.

Once in the U.S., these immigrants generally do better when it comes to graduation from college when compared to other immigrants and U.S. citizens. And FSRN’s Lena Nozizwe reports that, while many African immigrants arrive on the shores of America with impressive educational attainment, it’s not well-known.

“Do you know who the most educated immigrants coming to the U.S., who they are?” FSRN asks.

“I don’t, but I am willing to hazard a guess,” says Akili.

“South Koreans, Japanese and Africans.” he says with a tinge of hesitation.

Akili has spent more than four decades as a racial and social justice advocate, and even he paused when guessing which immigrants arrive in the United States with the highest level of education.

According to the Washington-based think tank, the Migration Policy Institute, immigrants from sub-Saharan Africa are among the best educated immigrants entering the U.S.

“I would say it is not a surprise,” says Emira Woods, an associate fellow for the Institute of Policy Studies. She says it’s not uncommon for highly-educated Africans and West Indians to come to America and seek better lives for their children.

“If you think about the level of the number of PhDs, clearly Nigerians top that list. You have also Eritreans, highly educated, that are coming to this country and, of course, from the Caribbean,” Woods points out. “Some are coming as medical professionals; some are coming as teachers, that are bringing their gifts and talents.”

But higher learning does not always translate to higher wages in the U.S. The Migration Policy Institute says well-educated African immigrants often earn substantially less than U.S.-born Americans with fewer years in school.

Liberian-born Charlene McGee, a public health educator based in Oregon, says she has seen evidence of that firsthand.

“I know a lot of people who are Liberians, actually Africans, who are very educated with lots of lived experience, but have been unable to find employment,” explains McGee. “And, as a result, that they end up experiencing different forms of inequities and disparities because they unfortunately, in a lot of instances, they have been forced to leave their country due to forced migration, and just have a difficult time here finding work to be able to provide adequately provide for their families.”

She says she knows African immigrants who came to the U.S. as doctors and lawyers who have difficulty finding work. That includes McGee’s own father, who came to the United States with one Master’s degree, and earned another one here, but has been underemployed for decades.

Randy Capps of the Migration Policy Institute says one problem that immigrants face is that degrees and credentials earned abroad are oftentimes not recognized within the U.S.

“In the healthcare field, this is very common,” Capps says. “Sometimes it means that they might have to go back to school for several years to get a degree in a U.S. institution.”

“Is it any more severe with the African-educated population than other populations, immigrant populations?” asks FSRN.

“I don’t think we have good data on that,” responds Capps. “We just know that underemployment tends to be a little bit higher, at least initially, among African immigrants than some other groups immigrant groups, like immigrants from Asia and Europe don’t have as high underemployment rates, at least initially. But those from Latin America do. We also know that a large share of African immigrants speak English so it’s probably not an English language barrier. It’s probably much more related to where they got their degrees and the degree to which they are recognized in the U.S.”

The cost of higher education in the U.S. to open the door to accreditation can also can be prohibitive and another reason for them to take jobs below their skill levels, just so they can survive.

And while Liberian-born McGee says education is clearly not a panacea, it is a part of building a better future for Black immigrants.

“Yes, there is high un- and underemployment within our communities, but education is definitely precursor to really changing the tide,” says McGee. “Being educated and a professional allows you to sit at the tables where, oftentimes your voice is definitely needed. And if you are not at the table, you will be on the menu.”

A lesson many immigrant Africans have already learned.