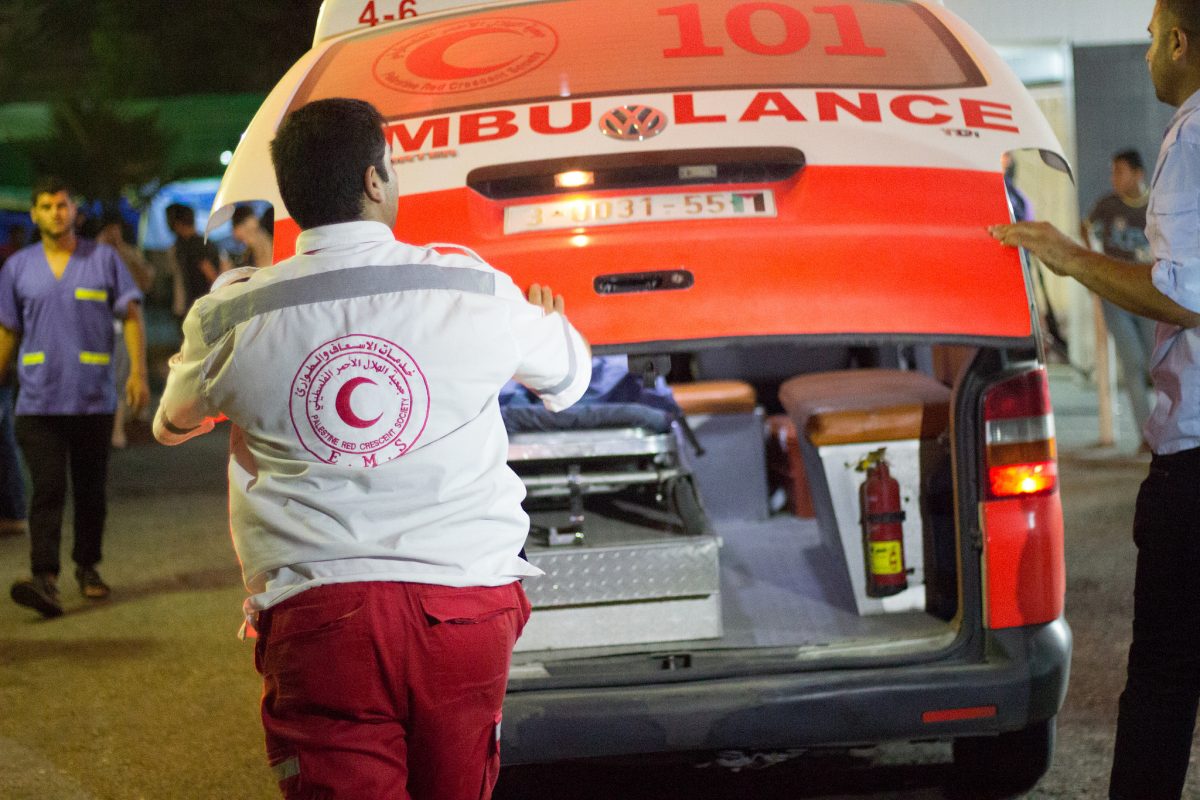 Since the installation of the Palestinian Authority in 1994, cancer patients in the Gaza Strip receive medical care outside of the territory. Over the past years, movement of these patients on border crossings has been notably affected by political developments in the region. FSRN’s Rami Almeghari files this story about a seven-year-long cancer patient from Gaza.

Fawziya Alghefari is in her late thirties and lives in the central Gaza Strip town of Nuseirat. She’s back home now, four weeks after receiving a new round of treatment for thyroid cancer in nearby Egypt, where she must go every six months for follow up and medication.

Because of travel restrictions on Gaza residents, she must leave her three kids behind every time she goes to Cairo for therapy. And while Alghefari’s treatment only takes one to two weeks, the trips themselves can take months. That’s because the Rafah crossing terminal, the sole outlet to the outside world for Gaza’s 1.9 million residents, is completely closed for prolonged periods of time.

“When the thyroxin runs out of my body after about three weeks, I reach a point of being unable to even stand on my feet. At this point, I am forced to stay in bed or be admitted to the local hospital of Alaqsa to receive vitamins that could help a little,” Alghefari explains. “Every six months, I have to go back to the same Cairo hospital for a PET scan, so doctors can decide the right dose for me.”

On her most recent trip, Alghefari was stranded in Cairo for three months, cleared by her doctors to return home but unable to get back into Gaza while the Rafah crossing terminal remained closed.

“The most heartbreaking moment for me was when Mother’s Day came around and I was stranded in Cairo. My kids took photos of some gifts for me and sent them through Viber,” recalls Alghefari. “Right after I returned from Cairo, they put all their gifts on the table and celebrated a late the Mother’s Day with me.”

During these medication-related trips to Cairo, Falasteen Alghefari, a 22-year-old university graduate, takes care of Fawziya’s three kids, who range in age from five to ten-years-old. Falasteen is the niece of Fawziya’s husband.

“In general, the children are very tense. Shadi, for example, can be very stubborn. Once we boiled some corn and Shadi insisted that he wanted the largest piece of corn, while his two other sisters, insisted on the same,” says Falasteen. “Their grandmother and I tried to cool them down by promising that next time they could take turns having the largest piece. Yet, it was in vain, as they were not convinced; they are still little kids.”

Some patients are able to get medical care in the West Bank and the occupied East Jerusalem. But since 1994, the Palestinian Authority has been forced to refer many critically ill patients from the West Bank and Gaza to hospitals inside Israel, Jordan and Egypt.

Health care services in the Gaza Strip suffer from chronic shortages of specialized medications and lack equipment for high-tech imagery test like PET scans or MRIs.

“The shortages prevent 30 percent of Gaza patients from receiving proper, complete medical service,” Ashraf Alqedra, a spokesperson for the Gaza-based health ministry, points out. “The ministry of health has acquired some vital equipment at Gaza’s hospitals, mainly CT and MRI scans – we managed to get three machines, which are located in the Shifa, European-Gaza and the Indonesian hospitals.”

Fawziay Alghefari’s husband, Abdelrazeq accompanies her on her medical visits to Cairo when he can, and says each trip can become extremely expensive. The costs include hotels, food and transport.

Like many working-age men in Gaza’s battered economy, Abdelrazeq is unemployed. Fawziya’s own monthly salary, as a Palestinian Authority employee, is modest. And when he can’t go with her, Abdelrazeq says it’s very stressful.

“This is really a burden; on one hand you should take care of your children, giving them the needed care. On the other hand, you should keep in constant contact with your patient, who is out of town and thus, your burden becomes triple,” Abdelrazeq explains. “For example, when she comes back to Gaza and while on the road from Cairo, I feel very worried that she might get harmed, if a violent clash occurs. On her road back to Gaza, telecommunications happen to cut off.”

The Palestinian Authority has recently laid the foundation for a specialized cancer treatment hospital in the West Bank city of Ramallah to meet the medical needs of cancer patients from the occupied Palestinian territories, including Gaza. But Fawziya Alghefari can’t bet her life waiting for the hospital to open anytime in the near future.