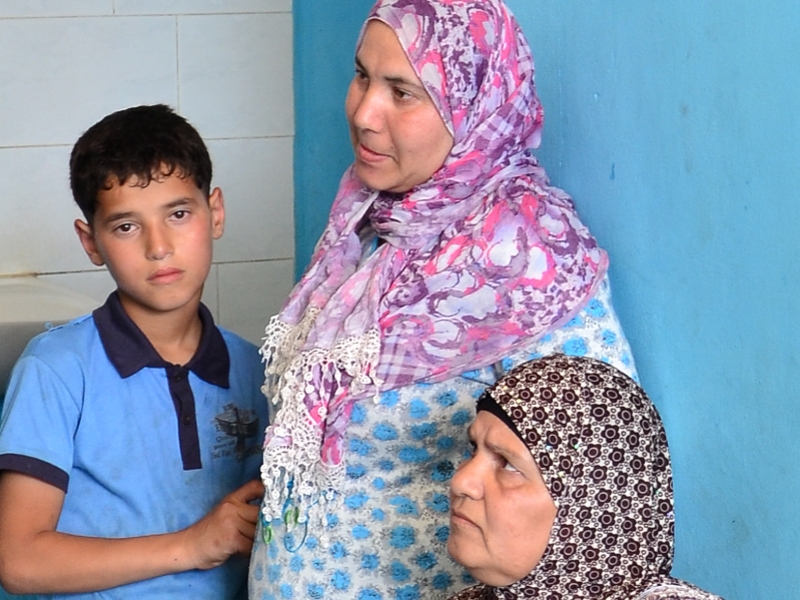 The two major Palestinian political parties,  Hamas and Fatah,  recently reached a reconciliation agreement, under which they agree to set up a unity government for both Gaza and the West Bank. The new government is expected to be in place in the next few weeks. Residents of Gaza look forward to less internal strife in the region, yet they will still live in the shadow of more than 30 miles of barriers and fencing that separates Gaza and Israel. A ribbon of land about 1000-feet wide runs along the fence on the Gaza-side. It’s known as the buffer zone. But as Rami Almeghari reports, this so-called buffer is not a strip of safety for civilians in the area.

Ouda Hammad died on his 27th birthday, shot by Israeli soldiers near the northeastern border of the territory. Hamad was unemployed at the time. His wife and family is still shocked by his death.

Warda Sehwail is his step-mother. She says he was such a kind family member.

“He was trying to earn a living by collecting junk metal or plastic right near the border, ” Sehwail explains. “It was December 20th, when he told us that he was going to earn some money so he could celebrate his birthday. That same day, he and his wife were set to undergo fertility treatments, in hopes his wife would conceive. He went off that day happily, but he never came back. May he rest in peace.”

Jihad’s family lives in a modest asbestos-roofed house in the northern Gaza Strip town of Beit Hanoun. He and his wife of four years lived in the same home with 10 other family members. He was one of many civilians who try to eke out a living collecting scrap metal near the border. Others try to make a living farming land close to the fence.

Human Rights Watch says Israeli army shootings against unarmed civilians in the buffer zone have increased in the past months, with dozens dead. The group has called on Israel to avoid harming civilians in what they say are violations of international law. Among those killed in the first few months of the year were a developmentally disabled woman, a teenager picnicking with friends to celebrate the end of the school year, and a hiker photographing wildlife.

According to Azzam Sh’aath of the Gaza-based Palestinian Center for Human Rights, the intensity of army actions has increased despite an Egypt-brokered ceasefire between Israel and the Gaza-based armed factions reached in 2012.

“It is clear that those border areas are buffer zones that are being expanded or narrowed from time to time, yet this does not exempt the occupation’s state from it’s responsibility for the safety of unarmed people, by differentiating between civilians and fighters,” insists Sh’aath. “Such Israeli attacks are contradicting the provisions of international humanitarian law.”

The 2012 ceasefire deal followed Israel’s eight-day attack on the coastal Palestinian enclave. Part of the deal was that Israel would allow farmers along the border to return to their fields, abandoned since 2003.

It’s not yet clear what effect the new Palestinian government – if successfully convened – will have on Israel’s military posture along the buffer zone.