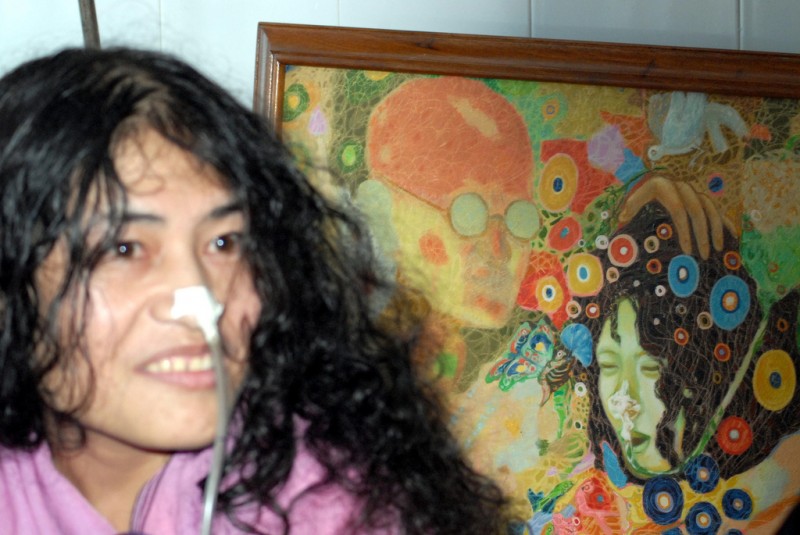 A human-rights activist in India who’s been on hunger strike for nearly 14 years and in police custody for much of that time may soon be free. An Indian court today ruled that charges against Irom Sharmila for allegedly attempting suicide be dropped. Before she can be released, however, the ruling must be validated by a higher court. Supporters fear that if and when she is freed, she may be quickly rearrested as she faces similar charges in other jurisdictions. The poet and activist says she is not trying to kill herself, only to make a political statement.

In 2011, on the eleventh anniversary of her fast, prominent activists from across India came together to launch a campaign to bring her peaceful struggle to a national, and international focus. At the time, FSRN’s Bismillah Geelani filed this report, reprised here.