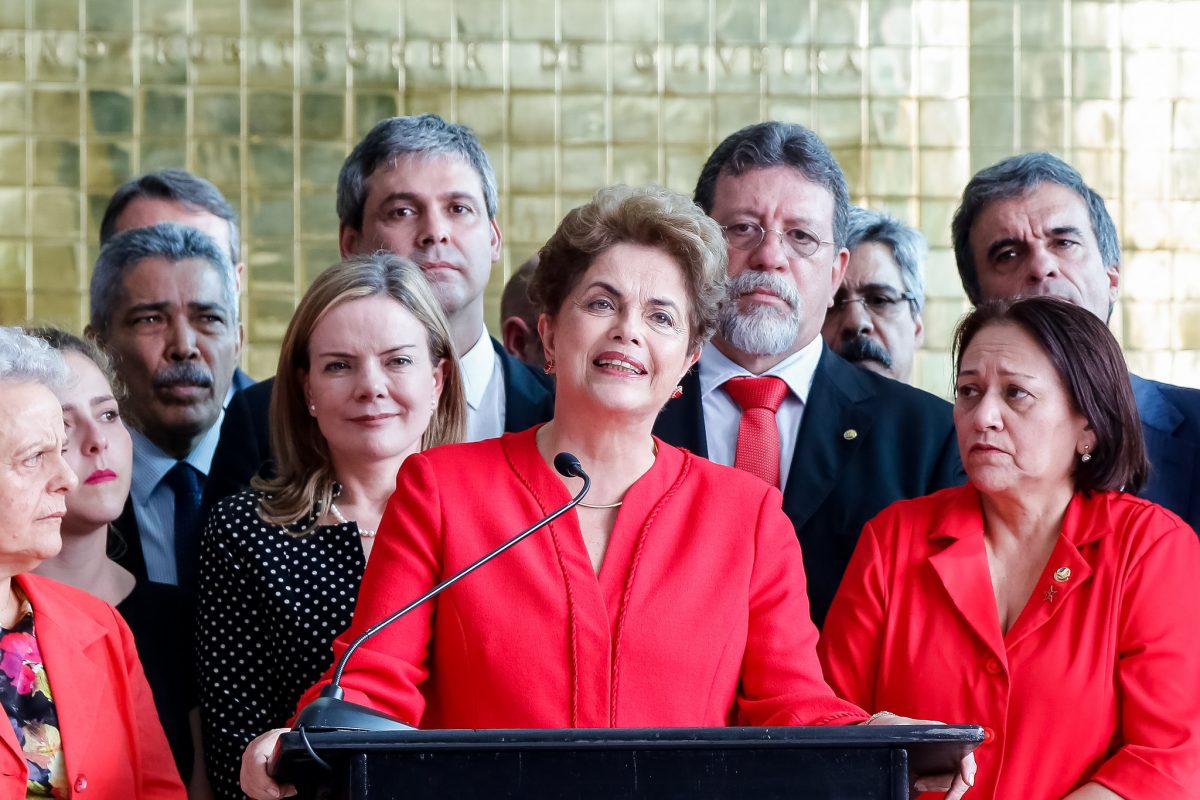 Dilma Rousseff speaks to the press after her impeachment by the Senate. (Photo credit: Roberto Stuckert Filho/PR & Dilma Rousseff via Flickr / Creative Commons)

Pro-impeachment senators sang the national anthem and waved Brazilian flags during the announcement of the result of the vote to permanently oust Dilma Rousseff over accounting irregularities in the country’s budget. Sixty-one Senators voted to confirm the suspended president’s impeachment – seven more votes than needed.

Rousseff and her allies have long alleged that the charges against her are politically motivated.

Next came the vote on whether to withdraw her eligibility to run for office. Rousseff won that round, meaning technically she could campaign for re-election in 2018. This stands in contrast to her replacement. Acting president Michel Temer is banned from running for office for eight years for having committed an electoral crime.

Addressing the nation from the presidential palace in Brasilia for the last time, Rousseff once again declared that she is the victim of a coup.

“It is the second coup I face in life. The first, the military coup, was with weapons of repression and torture, which I suffered as a young militant,” Rousseff said. “The second, a parliamentary coup today through a legal farce, which knocks me from the position for which I was elected by the people.”

Michel Temer was sworn in as president hours after the vote and just before embarking on a visit to China, his first international trip as head of state.

Temer is a traditional conservative politician that is expected to make deep cuts to social spending programs enacted by Rousseff’s Worker’s Party.