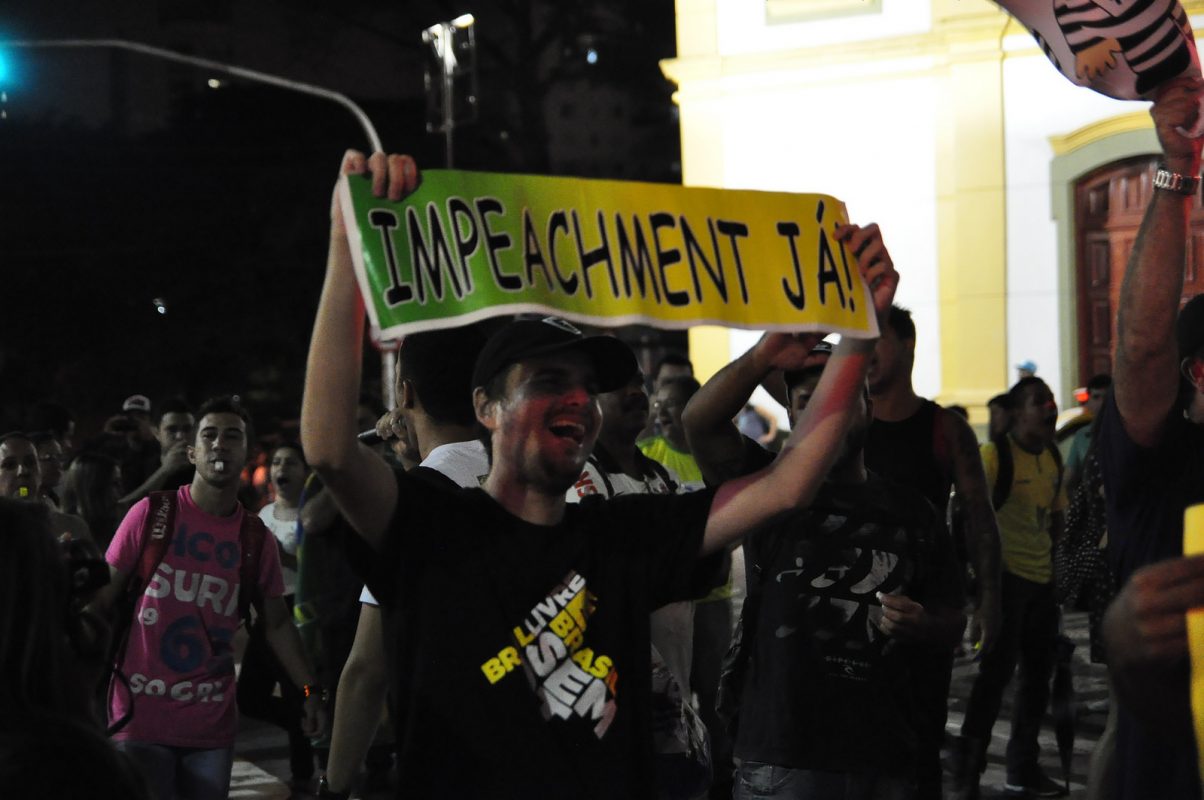 Brazil’s lower house of Congress approved a measure Sunday to move forward with the impeachment of President Dilma Rousseff. Rousseff, who is accused of authorizing an accounting trick to minimize the appearance of state budget deficits ahead of her re-election campaign, denies any wrongdoing. Her supporters compare the impeachment to a coup attempt. Complicating matters, many of the lawmakers who voted in favor of removing Rousseff are actually under investigation for crimes like bribery and money laundering. From the capital Brasilia, Sam Cowie reports.

As Rousseff’s impeachment count edged close to  the 342-vote threshold, opposition lawmakers in Brazil’s lower house of congress could barely contain their excitement.

During the process, lawmakers each gave 30 second explanations of the motives behind their votes. Few of her opponents mentioned the fiscal responsibility crime she is accused of.  Conservative legislators instead peppered their speeches with references to family, God and the future of Brazil, with allusions to North Korea or Venezuela.

Lawmakers voting in favor of impeachment included hard-line evangelical pastors, gun lobbyists and outspoken admirers of generals who committed torture during Brazil’s military regime. One of the lawmakers is even wanted by Interpol and can’t leave Brazil.

To top it off, the man who led the impeachment push, lower house speaker Eduardo Cunha, is  facing charges of money laundering and bribery.

Rousseff and her supporters have repeatedly alleged that she is the victim of political persecution and that what is happening amounts to a coup.

The impeachment measure now goes to Brazil’s Senate for a vote. If a majority of senators vote in favor, which now seems likely, Rousseff will have to immediately stand down.

Vice President Michel Temer would then take over as interim president while Rousseff has six months to prepare her final defense before the case goes to the Supreme Court.