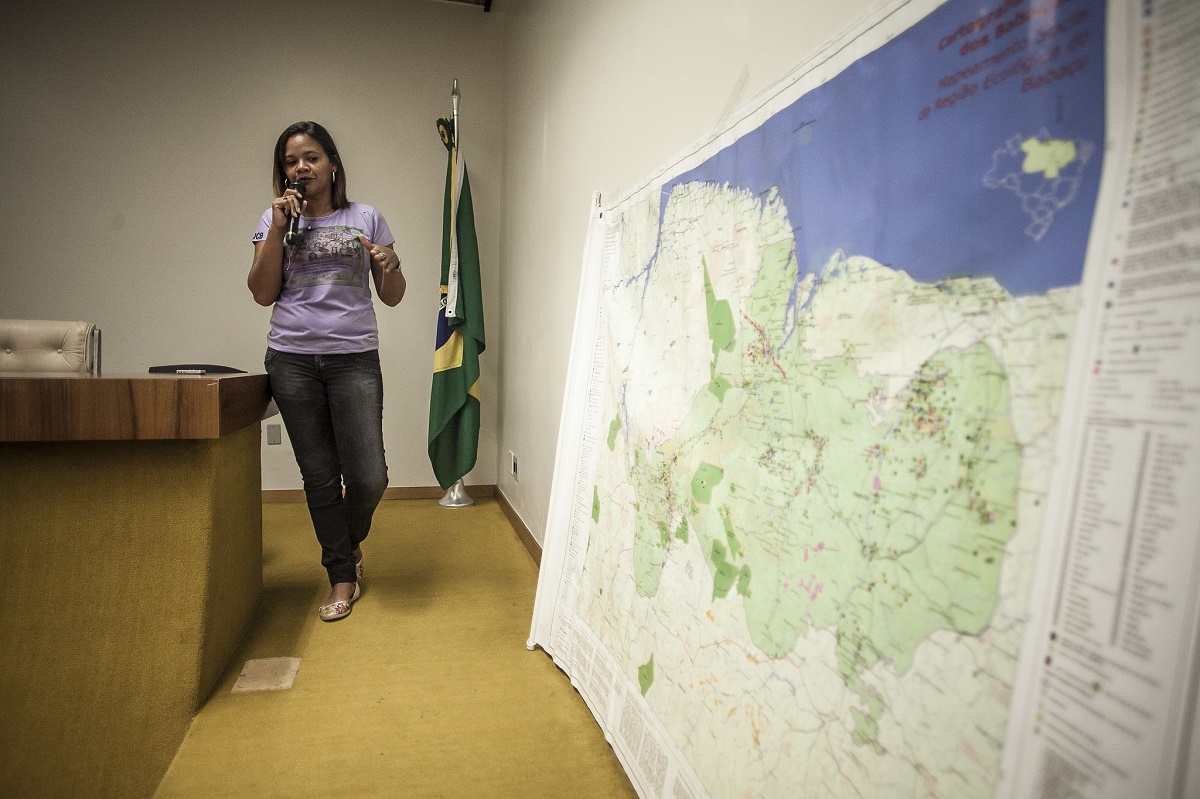 More than 50,000 rural women demonstrated in Brazil’s capital Brasilia Tuesday. Their demands include agrarian reform, sustainable development and an end to violence against women. The action, known as the March of the Daisies, is the fifth of its kind since 2000 and will continue until Friday. FSRN’s Sam Cowie reports.

The March of the Daisies is a four-day series of actions to call attention to a number of issues affecting rural women in Brazil including agrarian reform, sustainable development, food sovereignty, education, economic empowerment and gender-based violence.

Organizers say the march is an opportunity for rural women to engage in dialogue with the federal government and is one of the largest actions of women in Latin America. The march serves to both celebrate progress made in the realm of rural women’s rights and draw attention to challenges that remain.

Francisca da Silva Nascimento, national coordinator of Movimento Interestadual das Quebradeiras de Coco Babaçu or MIQCB, one of the largest rural women’s organizations in Latin America, says some concrete demands this year include securing greater access to land for rural women and the preservation of babaçu coconut lands in Northern Brazil, where many rural women earn a living.

On Monday, Nascimento and members of the MIQCB presented a map to Brazil’s congress that charts the ongoing destruction of the babaçu forests by large agribusiness interests. The women want official recognition of their territorial claims in order to better protect and preserve the land that sustains their families and their work.

March of the Daisies participants will continue actions in Brasilia Wednesday morning and meet with President Dilma Rousseff in the afternoon to discuss topics related to the empowerment of rural women.