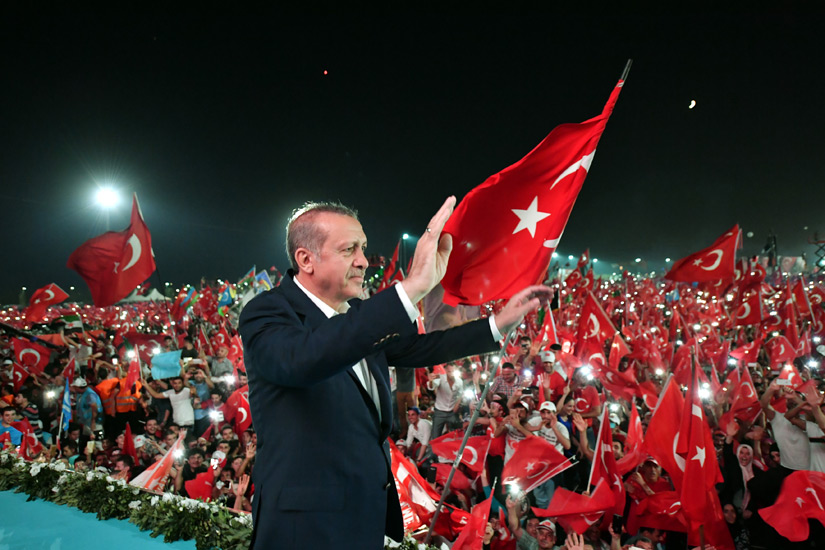 Turkey may defy international pressure and reintroduce the death penalty in the wake of last month’s abortive coup. That was a central theme of the weekend’s massive Democracy and Martyrs’ Rally in Istanbul. FSRN’s Jacob Resneck has more.

Turkey hasn’t executed anyone since 1984 and it officially abolished the death penalty 20 years later when it opened talks to join the European Union.

But following the July 15 coup attempt in which more than 240 people – mostly civilians – were killed, Turkish President Recep Tayyip Erdogan used a mass rally to declare that if it’s the will of the people to restore capital punishment, he would make it happen. Turkey’s parliament is controlled by the political party he co-founded, allowing Erdogan to use the bully pulpit to rubber stamp legislation under the guise of popular support.

And he made it clear to the million-plus-strong crowd that diplomatic pressure from the European Union holds little sway over his plans.

“There is no death penalty in Europe. It’s not allowed by the European Council,” Erdogan told the crowd. “But it exists in America, in Japan and in China. It exists today in many parts of the world.”

Erdogan has used the coup to shore up political support and purge thousands of people suspected of plotting or being disloyal to the government. His government has suspended or dismissed tens of thousands of public sector workers including police officers, judges, teachers and soldiers.

Many people – including accredited journalists – have had their passports canceled to prevent them from leaving the country. The Turkish military has reshuffled top officers. In all, about 18,000 people have been arrested or detained in during the past three weeks.

But the reintroduction of capital punishment would put Turkey on a collision course with its largest trading partner, the European Union. German government spokeswoman Ulrike Demmer repeated Monday that capital punishment is a red line issue that would scuttle EU membership talks.

“It is clear that there is no place in the EU for a country where the death penalty exists,” Demmer said. “And a reintroduction of capital punishment in Turkey would mean the end of accession talks.”