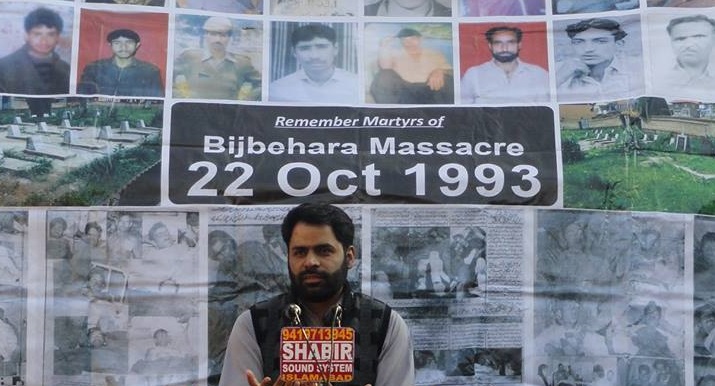 A prominent human rights advocate in Indian-administered Kashmir remains in jail for a second week, detained under the Jammu and Kashmir Public Safety Act. His arrest comes amid a public uprising in which government forces have killed more than 85 people since early July – and blinded hundreds of others with pellet shot guns. Shahnawaz Khan reports from Srinagar.

Khurram Parvez is jailed under the infamous Public Safety Act – which allows the government to hold him without charge for as long as six months.

Police arrested the noted human rights campaigner at his home and charged him with inciting protesters. His detention came one day after officials blocked him from traveling to Geneva to attend the UN Human Rights Council session on September 15.

Five days later, a court ordered his release, citing violations of procedure in his arrest and detention. But despite the court orders and an international outcry from human rights organizations and activists, authorities booked him under the updated Public Safety Act.

The controversial law used to allow detention without trial for as long as two years; now that’s limited to six-months – but is often extended.

Parvez Imroz, a colleague at the Jammu Kashmir Coalition of Civil Society, or JKCCS, says the arrest was meant to silence civil society activists in Kashmir.

“It is because of his work. Khurram has been working on disappearances, on mass graves, on identifying the perpetrators who have committed crimes on humanity here and organizing the human rights work in Kashmir,” Imroz explains.

Khurram is program coordinator for the Srinagar-based JKCCS and also the Chairperson of the Asian Federation against Involuntary Disappearances, a collective of 13 non-governmental organizations from 10 Asian countries.

As a rights activist, Khurram has devoted considerable time to fighting the very law under which he is now held – the Public Safety Act, which Amnesty International calls a “lawless law.”