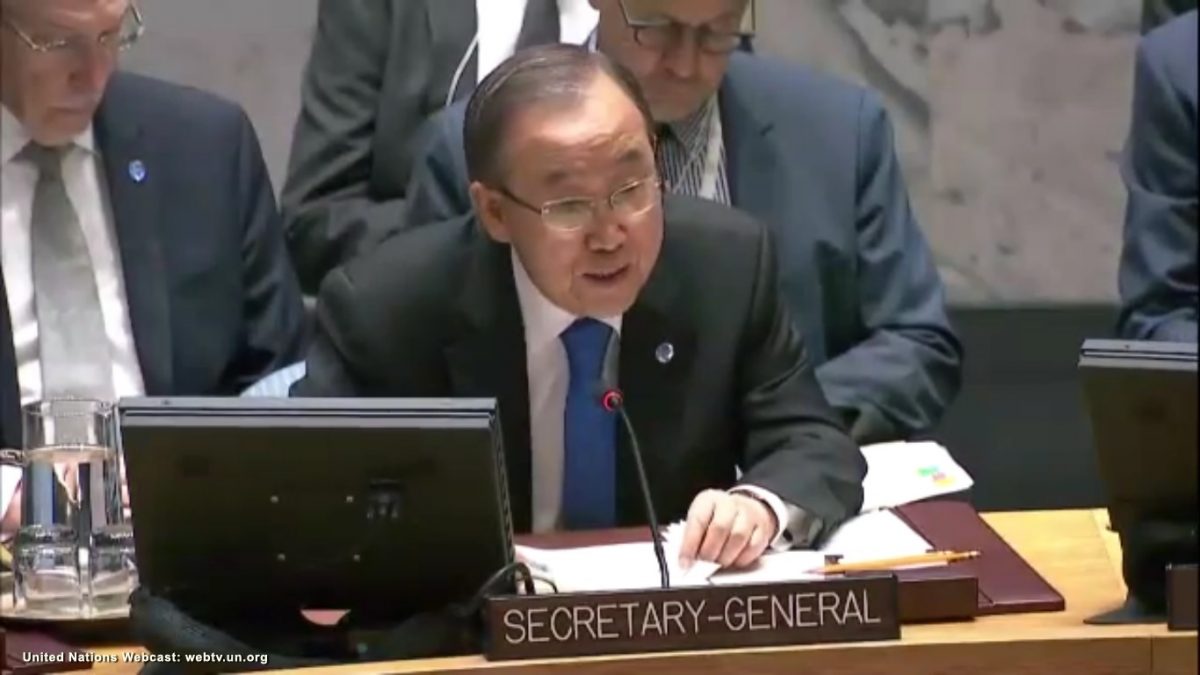 Just hours before the United Nations Security Council was set discuss health care in armed conflict around the world, warplanes reportedly fired on two more hospitals in Syria. The U.S. has threatened to end any vestige of communications with Russia if the pro-Assad airstrikes don’t stop. FSRN’s Nell Abram has more.

Multiple sources indicate at least seven people died in a series of airstrikes Wednesday that damaged two medical facilities in eastern Aleppo and struck a bread line where famished civilians awaited rations. The reports come from U.S. and UK based groups led by Syrian expats.

“Just this morning, two more hospitals in eastern Aleppo were struck, leading to their temporary shut-down,” said Liu. “In one of them, the intensive care unit was severely damaged.”

Liu’s remarks came during a Security Council session on healthcare in war – a follow up to a May meeting where world leaders approved what’s known as Resolution 2286. The resolution condemned attacks on medical facilities and humanitarian aid workers and demanded all parties to war comply with international law under the Geneva Conventions. But the resolution had no teeth.

“Five months later, the resolution has plainly failed to change anything on the ground,” said Liu. “This failure reflects a lack of political will among member states in coalition and those who enable them.”

Lui said that as counter terrorism shapes war, throwing medical impartiality to the wind has become a new normal.

UN Secretary General Ban Ki-moon said that 95 percent of all medical personnel who were Syria before the outbreak of civil war have left the country.

“Let us be clear. Those using ever more destructive weapons know exactly what they are doing. They know they are committing war crimes. Imagine the destruction: People with their limbs blown off; children in terrible pain with no relief – Infected, suffering, dying, with nowhere to go and no end in sight,” Ki-moon said. “Imagine a slaughterhouse. This is worse. Even a slaughterhouse is more humane. Hospitals, clinics, ambulances and medical staff in Aleppo are under attack around the clock.”

The secretary general submitted three recommendation to the Security Council – calling for member states to align domestic and international laws, to protect medical facilities in war zones and to ensure accountability for violations.

“I call on you to take decisive steps so that protecting health care facilities and personnel during conflict moves from aspiration to reality,” said Ki-moon. “More than this, I urge you to overcome your divisions and meet your responsibilities in Syria and around the world.”

But speaking through an interpreter, China’s representative to the UN, ‎Liu Jieyi, revealed some of the divisiveness among the five permanent members of the Security Council – China, France, Russia, the UK and the U.S. Jieyi said that individual nations should ensure safety within their own boundaries and placed the onus on humanitarian aid groups and medical workers.

“Humanitarian operations should win understanding and trust from the parties concerned. In armed conflict as medical personnel and those humanitarian agencies in discharge of their medical duties carry out their operations, they must adhere to the purposes and the principals of the United Nations Charter, fully respect the sovereignty and territorial integrity of the counties concerned, adhere to impartiality, fairness and independence, follow humanitarian guiding principles and avoid getting involved in conflicts,” Jieyi said.

The Wednesday strikes on Aleppo were part of what may be the most sustained and intense campaign in the five-year war. The ongoing offensive by Syrian government forces and their Russian allies has intensified in the past week. The onslaught began immediately after a temporary – and largely failed – ceasefire agreement hammered out between the United States and Russia expired.

U.S. Secretary of State John Kerry reportedly spoke to his Russian counterpart by phone Wednesday – threatening to cut off all communications if the bombings of hospitals and civilian infrastructure like water supplies don’t stop.