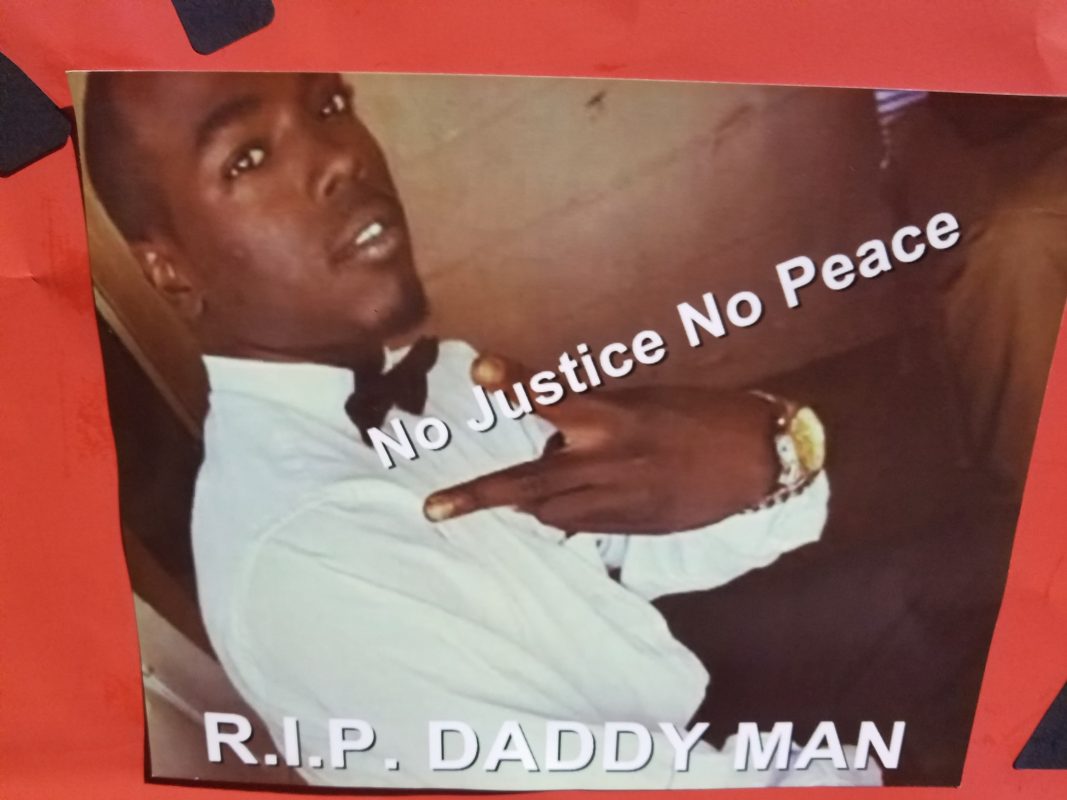 Protesters in Tampa, Florida remain in the streets a week after another unarmed African American man was killed by a police officer.  FSRN’s Nell Abram reports.

Protesters blocked off  a major thoroughfare in the Clair Mel neighborhood of Tampa Monday,  calling for the arrest of the sheriff’s deputy who shot and killed 22-year-old Lavonia Riggins.

Riggins, known by his friends as “Daddyman”, was killed a week ago when a SWAT team executed a search warrant at his home.

Col. Donna Lusczynski is chief investigator of the Hillsborough County Sheriff’s Department’s internal probe. At a press conference, she said the warrant was a culmination of a months-long undercover investigation involving marijuana sales and that the police had reason to believe there might be guns in the house.

A SWAT team arrived at the home at about 8 a.m. last Tuesday and ordered the occupants to vacate the premises. Three people exited; Mr. Riggins remained inside. Officer Caleb Johnson broke a window and observed Riggins – still in bed.

“Again Mr. Riggins did not comply and was moving under the covers,” Officer Lusczynsk told the press. “Repeated commands were again given and Deputy Johnson’s concern grew.”

According to Lusczynski, Riggins got out of bed and “moved his hands towards his waistband, at which time Deputy Johnson fired his firearm one time – just one time.”

Medics at the scene were unable to revive Riggins.

Two grams of marijuana was found at the home; no guns were recovered.

In Florida, possession of twenty grams or less of marijuana can be prosecuted as misdemeanor possession. A ballot initiative to legalize marijuana for medical purposes is up for a vote in November.

But those community leaders weren’t present at protests Friday night, when about 200 hundred people marched through the neighborhood to Riggins’ home.

The neighborhood march ended with a moment of silence outside the home where Riggins lived and died.

One friend, who identified herself as B, disputes the police claim that they had reason to believe Riggins might be armed: “I know he was a harmless person. To say he had weapons, this boy was scared of little stuff on him, so to say he got weapons – that’s all bull crap.”

Each night since the killing, people have gathered at the local market where Riggins worked, continuing to call for justice.

The Sheriff’s Department investigation is ongoing, and Officer Johnson is on paid administrative leave.