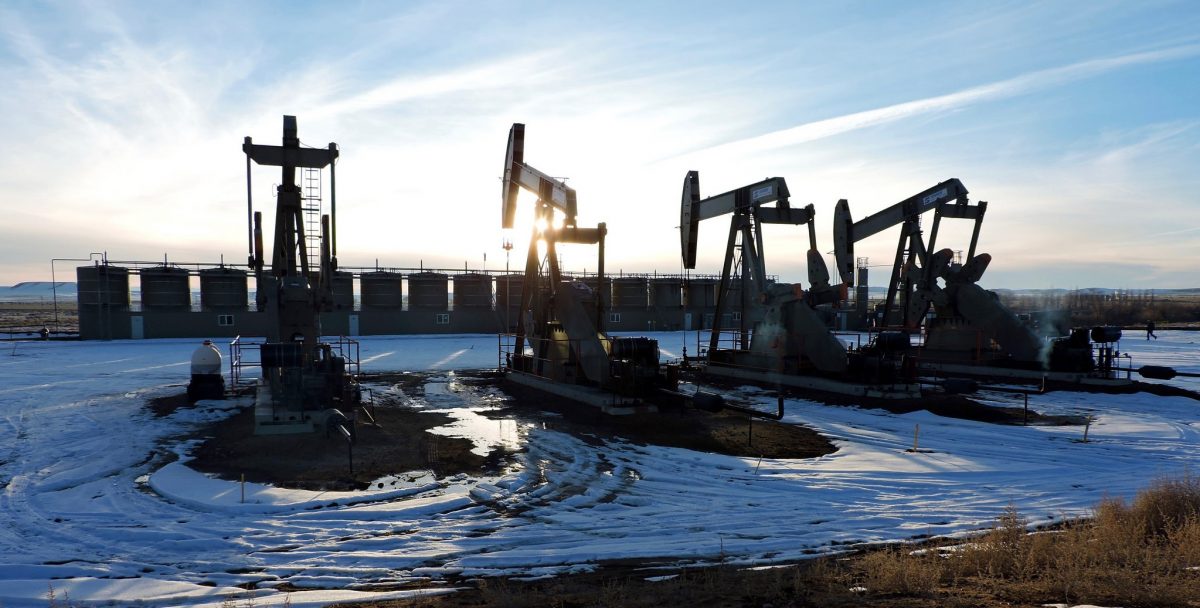 In a landmark lawsuit, two non-profits are suing the Obama administration for the climate and health impacts associated with 380,000 acres of public land in Colorado, Utah, and Wyoming federally leased to oil and gas companies for fracking. WildEarth Guardians together with Physicians for Social Responsibility filed the lawsuit in late August in U.S. District Court in Washington DC. The lawsuit claims the President’s Administration, although expressing concern over climate change, is illegally refusing to research and publish all the information on the health risks to citizens and the environment caused by more than 397 public land oil and gas leases in the western United States.

Although the federal government has already halted new coal leases on public lands until the completion of an impacts review, this lawsuit is demanding that the Obama administration extend that moratorium to all new oil and gas leases until a program-wide impact analysis, required the National Environmental Policy Act, is published. FSRN’s Hannah Leigh Myers spoke with Jeremy Nichols, Climate & Energy Program Director for WildEarth Guardians, for more information.

Hannah Leigh Myers: What is the basis for this lawsuit?

Jeremy Nichols: Well, the basis of our lawsuit is that the Obama administration has opened up more than 10 million acres of our public land for fracking over the last 8 years. What they have done is they have auctioned off the rights for the oil and gas industry to access our public lands, and to drill and frack on them, and profit from them. And in doing so, they are flooding our atmosphere with more and more carbon pollution, and given this administration’s commitment to combating climate change, as well as just the global imperative of trying to rein in carbon pollution, we feel that it’s high time for this administration to take some accountability here. We are bringing, really, one of the largest lawsuits ever filed against public lands oil and gas leasing in the United States in an attempt to try to secure that accountability – secure an honest assessment of what the climate impacts are of this public lands oil and gas leasing – and to start to come up with some solutions for how we move beyond fossil fuels.

HLM: Tell us more about the legal basis for this lawsuit. What legal grounds are you challenging?

JN: The legal basis is we have a system of fairly strong federal laws that require that before federal agencies undertake actions that impact the environment they have to disclose what those impacts are likely to be and then weigh those impacts when they make their final decision. It’s a “look before you leap” principle. What we have seen, unfortunately, is that when it comes to oil and gas leasing, this administration has offered a few excuses. One, they don’t believe the emissions are reasonable foreseeable, and we’re scratching our head going, “Wait a minute, the whole point of leasing oil and gas is to allow industry to develop it, so of course there’s going to be emissions.” But then they also, too often, claim that the emissions from leasing are insignificant. This just gets to the root of the problem here, where this administration is not seeing the bigger picture: Climate change is not about one massive source of carbon pollution; it is about millions of sources of carbon pollution. And our suit is trying to force a disclosure of all the emissions associated with our public lands oil and gas development.

HLM: And do you think if those emissions are more publicly known that there would be more of a basis to challenge it, and that the public would express more concern and opposition?

JN: Exactly. The more transparency, the more disclosure, the more analysis that we can get, the more we can secure the accountability we need for a safe and healthy climate.

HLM: Do you have any estimates on what would happen to the oil and gas industry if there was a moratorium on all extraction of oil and gas on public land, as this lawsuit seeks to do? I mean, what impact would that actually have?

JN: It would surprise people to know that of all the leased acres – all the acres of our public land that have been leased to the oil and gas industry – only 40 percent of those acres are actually producing oil and gas. That means there’s 60 percent of the leases that the oil and gas industry has in its hands right now, they’re sitting on them, doing nothing with them. We feel like we’re at a point where we can say, “Let’s push the pause button. The industry has all these acres that they are already producing from, and many, many more acres that they can continue to produce from.”

We have no illusion that we can just simply flip the switch and tomorrow stop burning oil and gas, but if we don’t acknowledge that we need to keep some of our fossil fuels in the ground, we will never create space for solutions to take hold. So, we’re asking for a moratorium and a planning process – a process where the Interior Department comes up with a better path forward here; instead of simply catering to the oil and gas industry’s demands, they say, “No, you know what? In 15, 20 years, our goal is to reduce oil and gas production on public lands by X percent, and in doing so we will eliminate X amount of carbon pollution.”

We don’t have a process yet where we can actually make that happen and that’s what we’re trying to unlock here.

HLM: The National Park Service just celebrated their 100 year anniversary and a lot of people have been talking about how important it is to protect our public lands, and we also see the Obama administration – and members of his administration – acknowledging that climate change is a real issue and we need to combat it. Where is the disconnect between people saying we need to protect public lands and to combat climate change, and yet we see leasing of a huge amount of public lands to extractive industries, who are releasing a significant amount of carbon?

JN: It’s surprising and the disconnect is just so glaring here in the American West, where you have this push to call attention to the need to protect our public lands and we’re celebrating a legacy of our national park system. And yet, earlier in August, the U.S. Bureau of Land Management issued a proposal for more oil and gas leasing in western Colorado and it includes several lease parcels within five miles of Rocky Mountain National Park, just right outside of Granby on the west slope. It’s phenomenal, this disconnect here; there seems to be this understanding that our public lands are threatened by climate change, and yet we have the same administration basically bending over backwards to open up these same lands to the oil and gas industry.

I think over the years, this awareness over the control that this administration has on the production end of fossil fuels has not really set in quite yet. There’s been a lot of focus on smokestacks and tailpipes, and that is all good, but in the meantime we are inadvertently incentivizing more and more fossil fuel consumption. I think it would surprise a lot of Americans to know that our public lands are being auctioned off for as little as $2 an acre to the oil and gas industry, who are basically subsidizing their profits, and we’re the ones that are shouldering the climate costs at the end of the day. What we’re trying to do is really drive home the point and a lawsuit is a very powerful vehicle for delivering that message. We feel like we have a very strong legal argument as well, but what we’re trying to say to this administration is, “You gotta open your eyes. You hold so much control over the production of fossil fuels and you can create less incentive for the fossil fuel industry to undertake this development, and help our nation over the long term be able to move away from oil and gas, to develop alternatives.”

What we would like to see is a move to start keeping our fossil fuels in the ground that is also coupled with a move to promote as much innovation as possible, so that we can figure out new ways to fuel our cars, our plans, and heat our homes. This is really trying to kick that off. We’re hopeful that we can start to turn the tide with this lawsuit. This is a big splash in the water, hopefully we can continue to keep the splashes coming and foment the right momentum.