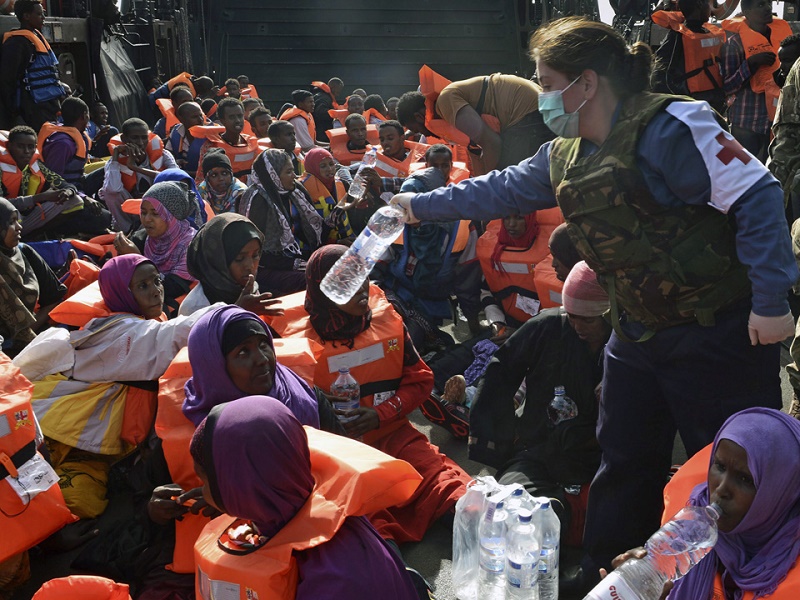 The European Union is mulling a different set of strategies to respond to an increase in migrant deaths in the Mediterranean Sea. EU leaders hinted at a policy shift last month after about 800 people died in a single shipwreck while attempting to cross from Libya.

The European Commission unveiled a controversial plan to address the crisis this week. Included among its provisions are so called “structural, long-term objectives” that would see increased EU “engagement” in the Middle East, Syria and Libya. One stated aim of the plan is to disrupt human smuggling networks, but it also calls for each European member state to accept a specific number of asylum-seekers, totaling 20,000 people across the bloc during the next two years.

European Commission First Vice-President Frans Timmermans: “Yes, these are challenging proposals. Yes, they will prompt debate and attract criticism. But it’s not acceptable for people around the EU to say ‘Yes stop people dying in the Mediterranean,’ and at the same time remain silent when the question is raised: ‘what should happen to these people once they are saved in the Mediterranean?’”

The plan is getting resistance from a number of countries, including Poland and Hungary. And British Home Secretary Theresa May has already said that the UK will not participate in any mandatory resettlement programs. Earlier in the week, the European Commission asked the UN Security Council to authorize maritime military action as part of the plan. EU foreign and defense ministers are set to meet Monday.