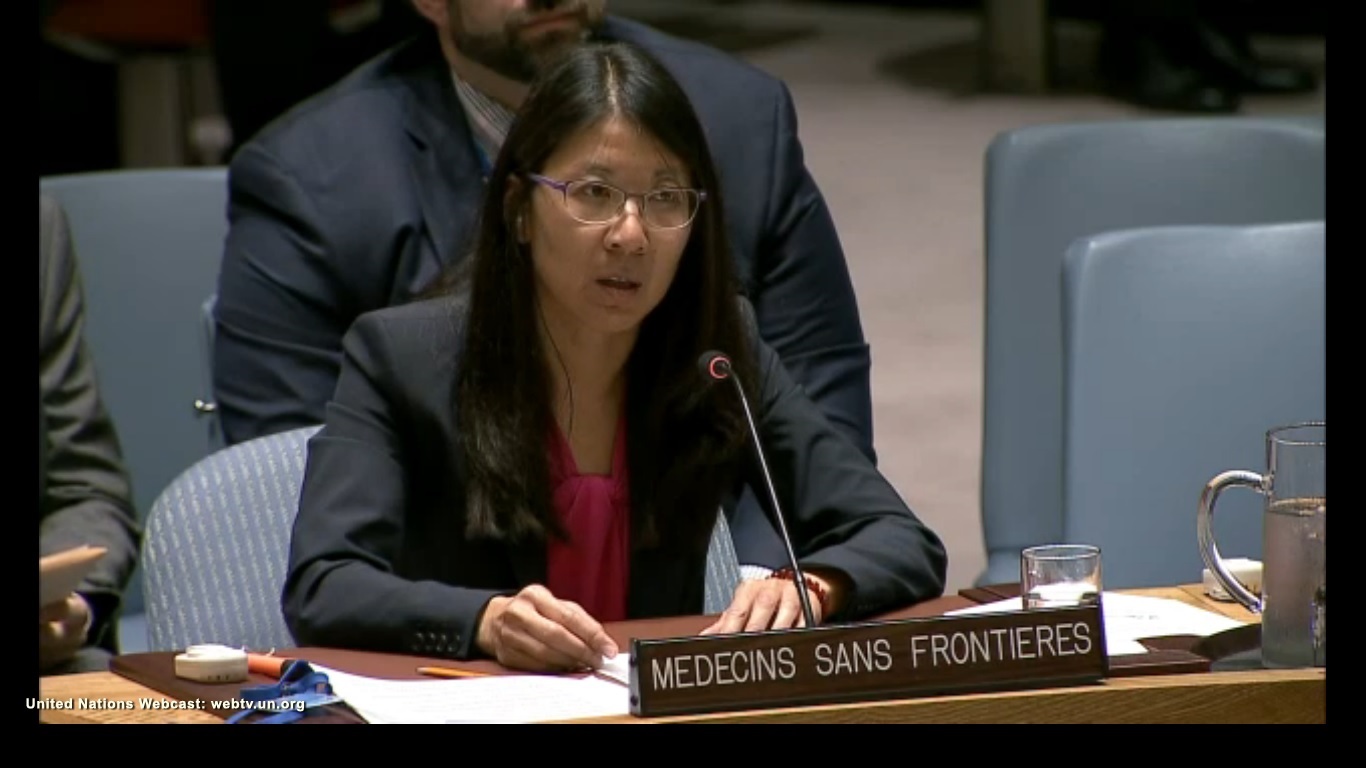 Just hours before the UN Security Council unanimously passed the resolution, another hospital in the besieged Syrian city of Aleppo came under attack, this time reportedly by rebel forces. Rockets fired on the al-Dabit hospital and maternity clinic killed at least three female patients.

The United Nations vote came after airstrikes last week on the city’s al-Quds hospital killed at least 50 people, including one of the last pediatricians in war-torn Aleppo.

Before the vote, Médecins Sans Frontières President Dr. Joanne Liu delivered a forceful address to the Security Council, taking four of its five permanent member-nations to task for their roles in attacks on health care facilities.

“In Afghanistan, the Central African Republic, South Sudan, Sudan, Syria, Ukraine and Yemen, hospitals are routinely bombed, raided, looted or burned to the ground,” Liu explains. “Medical personnel are threatened. Patients are shot in their beds. Broad attacks on communities and precise attacks on health facilities are described as mistakes, are denied outright, or are simply met with silence. In reality, they amount to massive, indiscriminate and disproportionate civilian targeting in urban settings, and, in the worst cases, to acts of terror.”

According to the International Committee of the Red Cross, there have been 2,400 attacks on medical services across 11 countries in the past three years.

The 14-point resolution reiterates longstanding international human rights law under the Geneva Conventions of 1949 and the Additional Protocols of 1977 arestating nd 2005. It demands an end to attacks on medical facilities and calls for both immunity and safe-passage for medical personnel in war zones, but interludes no enforcement mechanisms.

Following the vote, Liu told the press that the resolution that passed today must not end up like so many others – violated with impunity.