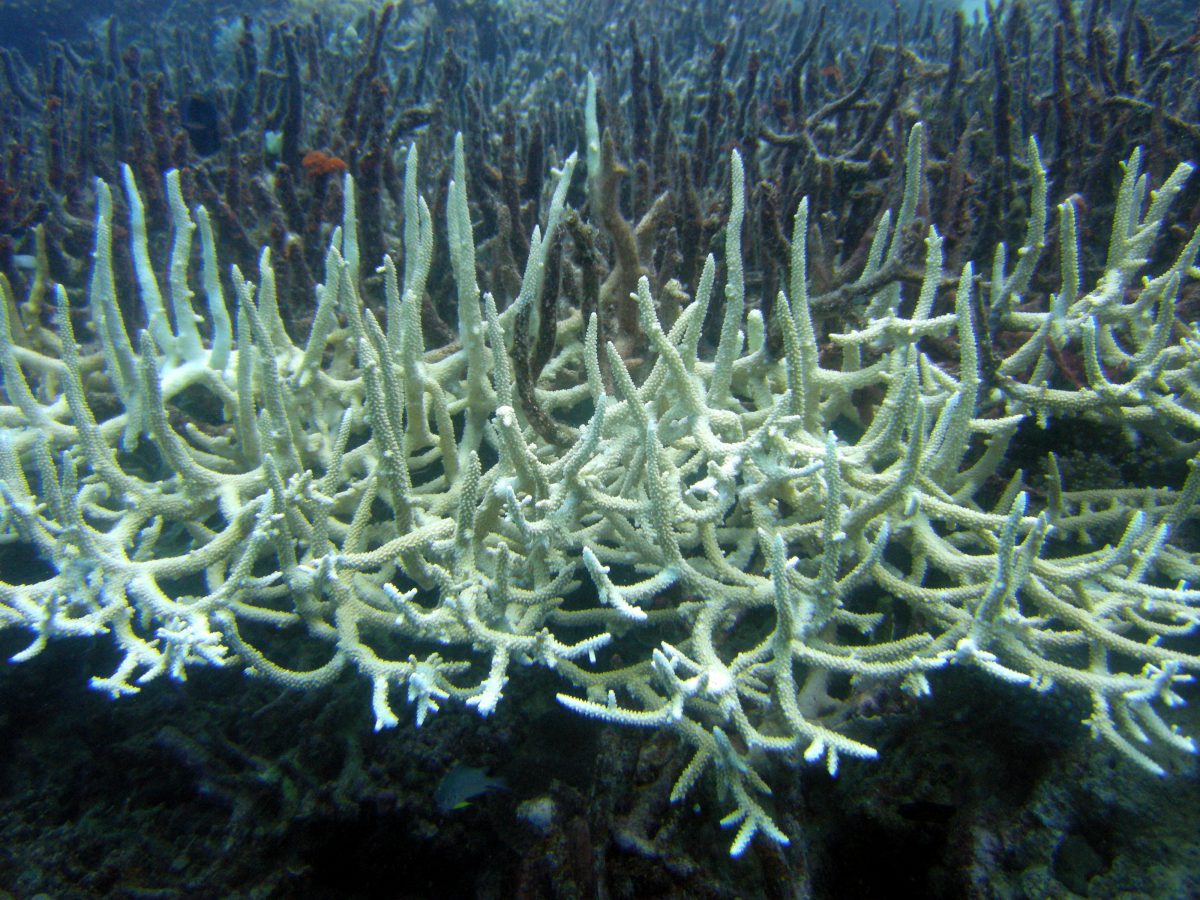 Increased storm activity and severity have been linked to climate change, as have increased ocean temperatures.  Now predictions of catastrophic damage to the world’s largest coral reef ecosystem, Australia’s Great Barrier Reef, have come to fruition. With sea temperatures on the rise, a massive portion of the reef is losing its pigment in a process known as “coral bleaching.” But it’s not just an issue of color, it’s an issue survival.

With 93 percent of the reef already distressed from a recent global bleaching event, the coral’s prospects of recovery seem grim, and, the world could be seeing the worst of it this month. Georgia Clark has this report.

One of the world’s seven natural wonders, the Great Barrier Reef, is in crisis. Sea warming that caused extensive damage to the more than 1,400-mile-long reef earlier this year could now be hindering the coral’s ability to reproduce in a process known as spawning.

Tourism and stewardship director of the Great Barrier Reef Marine Protection Authority, Dr. Roger Beeden, says that the March bleaching was the most significant mass bleaching event seen since 2006.

“What we know from previous bleaching events, both in Australia and around the world, is that when corals are stressed it can reduce their capacity to produce their larvae and that can have an impact on the mass spawning event,” Beeden points out. “What could well happen in this year is in the areas where there was severe damage is that we could see a reduction in the quality and the abundance of spawn that’s produced.”

To get a better picture of the current condition of the Great Barrier Reef, NASA has launched a two-month-long aerial assessment.

“The idea of the mission is to survey reefs in their present state and relate their condition to the previous environmental conditions,” explains Mr. Eric Hochberg, the principal investigator of the NASA CORAL mission. “We see what is there right now, we don’t see the bleaching event, we see the aftermath. So we’ll see a certain amount of coral and we’ll relate that to the temperature conditions of the past and to the wave conditions of the past.”

The world’s oceans take up more than 90 percent of the heat created by climate change – resulting in longer periods of higher water temperatures. Corals can handle a certain level of seasonal temperature fluctuation, but not sustained elevated temperatures.

According to Dr. Beeden the recent damage is so great that regrowth could take years – and that’s under ideal circumstances.

“There’s no doubt that in the area where the worst bleaching occurred, so in the far northern part north of, sort of, Lizard Island, and particularly on the mid-shelf and initial reefs, it will take several years to get that recruitment, to get that regrowth, to get that recovery well under way.”

Beeden says regeneration depends on the spawning of healthy corals, which release fertilized eggs that must then travel along currents to reach damaged coral reefs. Although the East Australian Current is moving away from the most devastated area in the North, Beeden says that local spawning events in these areas are still possible, but that full recovery is not guaranteed.

Alarm bells about the prospect of widespread damage to the reef began in 1998 after the first mass bleaching event was recorded. With coral mortality at 22 percent, and with the coral’s reproductive capabilities inhibited, recovery prospects look grim.

And Australia’s massive reef is not alone; researchers say with world-wide water temperatures high for a third-year running, local conservation efforts are needed – on a global scale.