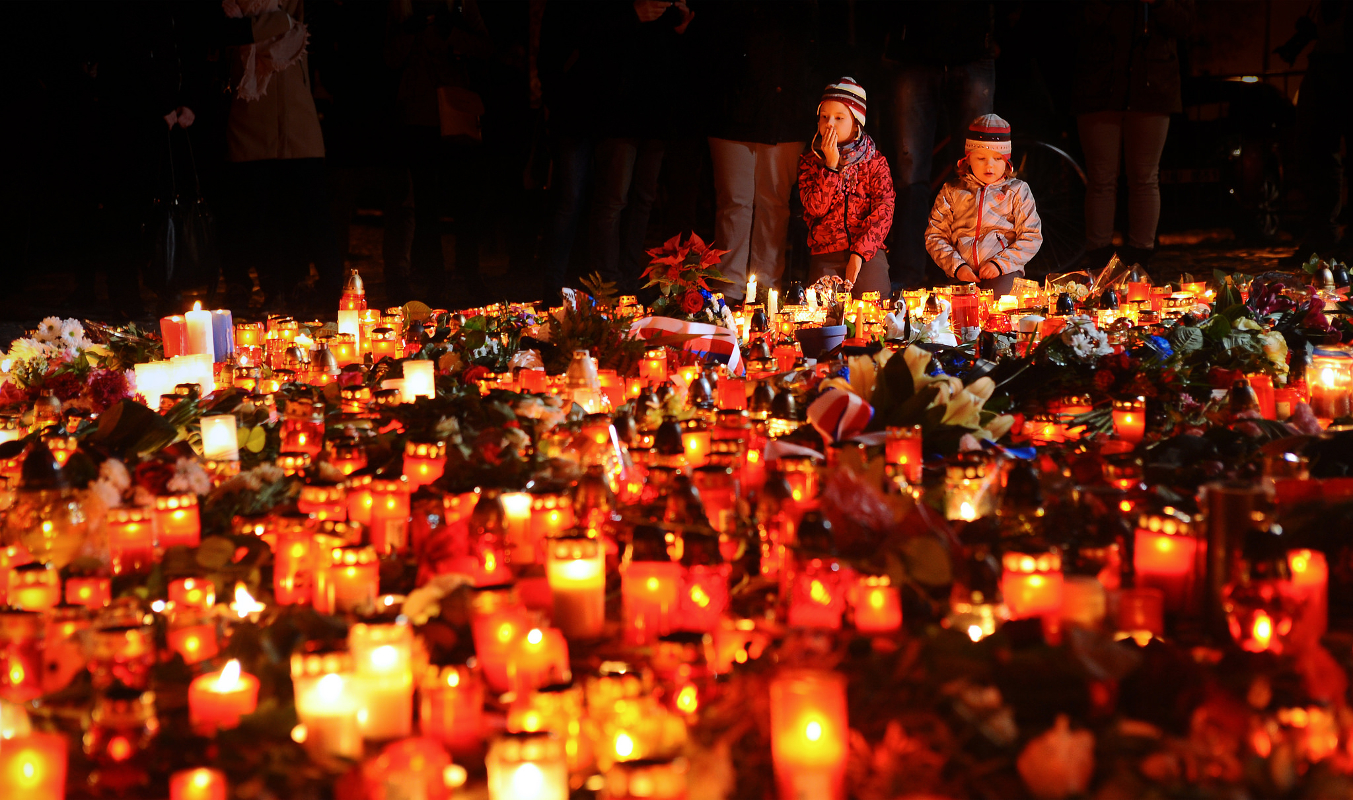 Parisians woke up Monday morning under a state of emergency, imposed in the wake of a wave of terrorist attacks in the city on Friday. Many in the country are shocked by events that killed 129 people in six coordinated attacks in downtown Paris and a nearby suburb.

The Paris attacks came just one day after two suicide bombers blew themselves up in a southern neighborhood of the Lebanese capital, Beirut, killing 44 people. The attacks represent an escalation in jihadist violence and the self-declared Islamic State has claimed responsibility for both.

The attacks in Paris stunned many around the world, sparking reactions ranging from solidarity with those affected by the violence to fear of others who had nothing at all to do with it. The attacks come as hundreds of thousands of people are fleeing much the same violence in their home countries, resulting in a massive humanitarian crisis in Europe.

Today in the U.S., at least 12 governors of U.S. states vowed to not take in Syrian refugees as part of resettlement efforts, despite the fact that all of the attackers identified so far were either French or Belgian nationals.

Back in France, the president has requested emergency powers for the next three months. Khaled Sid Mohand reports from Paris.

Mrs. Azière was with her husband Friday night in their apartment on rue de la Fontaine au Roi when she heard shots fired outside her window.

“Around 9:25 p.m. I heard a terrible noise, I went to stand by the window and then I saw this man shooting with a huge rifle, but he was not firing in full automatic, he was shooting bullet after bullet: ‘pum, pum, pum,'” recalls Azière. “We eventually went downstairs because the police were out of reach. I eventually understood why: they were just busy all over the city and their telephone switchboard was overwhelmed. I saw four men lying on the ground, that’s why we went down. Three of them weren’t moving anymore, they were curled up on the floor and there was a fourth one who was still moving his hand from time to time. The man started shooting at 9:25 and the first emergency relief showed up 25 minutes later.”

The attackers killed five people and severely injured eight others in the attack Azière witnessed, which targeted customers at the Italian restaurant she lives above.

At the same time, a couple of streets away, a man stepped out of a small black car and opened fire with an automatic rifle on crowds at a French café and a Cambodian restaurant, instantly killing 15 people before leaving the scene.

“I was clearing the terrace table, I saw a car driving in the opposite direction very fast and someone shoot at me,” says 40-year-old Samir Haddad, owner of a nearby café. “The guy aimed at me, but missed. I heard the noise of the the bullet ricocheting off the side walk before it fell on me. It was a stroke of luck. I was having a very bad day, because I had to cancel a concert that was supposed to have taken place, but now I feel so relieved. Because when I organize these kind of events, they always draw many people, including children.”

The attacks have left the city in a state of shock and leaders quickly announced emergency measures that would have been unimaginable in lesser circumstances.

In an extra-ordinary joint session of parliament Monday, French President François Hollande pledged to “eradicate terrorism” and uphold the ideals of the Republic of France. Hollande has requested emergency powers for three months. The powers would include the authority to close the borders, restrict public gatherings and allow the police to conduct searches without warrants.

Hollande says the attacks were carried out by three teams of eight perpetrators. Seven died Friday night after detonating their suicide vests, but one remains at large and is the target of a massive, ongoing manhunt. Not all of the attackers have been identified, but at least four were French citizens. The suspect still at large, the alleged mastermind of the attacks, is a Belgian national.

Prime Minister Manuel Valls said French police have already carried out more than 150 raids in Bobigny, Lyon, and Toulouse. The raids have resulted in 23 arrests and dozens of weapons seizures.

The French government’s reaction to the attacks extend beyond its borders. Over the weekend, French warplanes struck multiple targets in Raqqa, the Syrian city the self-proclaimed Islamic State claims as its capital.

All of the attackers identified thus far are European nationals, however refugees fleeing the violence in Syria and Iraq are likely to pay a heavy price for the attacks in the form of scapegoating and restrictions on asylum petitions.

Just how the French government – and the French people – will react to the attacks in the longer term is still unclear, but a mix of fear, apprehension and xenophobia are in the air of what has long been one of the world’s most diverse and cosmopolitan cities.