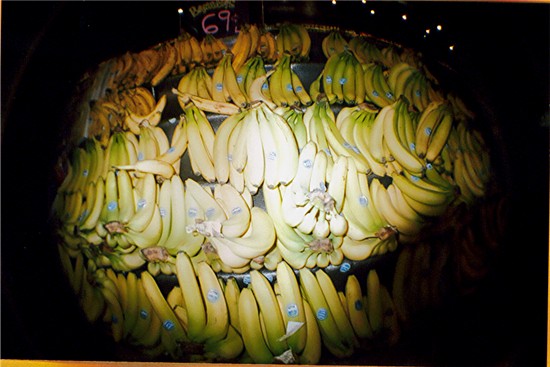 An international human rights case that’s been winding through U.S. courts for nearly a decade has just made a significant step forward. Colombian plaintiffs argue the Chiquita banana company knowingly aided and abetted members of the country’s AUC paramilitary organization. The armed group is designated as a terrorist organization by the U.S. government. Its death squads committed some of the most notorious massacres in recent Colombian history.

Plaintiffs in the class action suit say the fruit company paid at least $1.6 million dollars to the paramilitaries and allowed them to ship drugs and weapons on Chiquita boats through company-operated ports. The corporation petitioned to have the class action lawsuit moved to Colombia, a motion a federal judge in Florida denied yesterday. For more details, FSRN’s Shannon Young spoke with Marissa Vahlsing, staff attorney with Earth Rights International, one of the organizations representing the plaintiffs in the case.

Shannon Young: First, who are the plaintiffs in this case?

Marissa Vahlsing: There are thousands of plaintiffs in this case, between the complaints that were filed around 2007 and 2008 in a number of courts across the United States. Many of those plaintiffs have opted to keep their identities confidential because of the grave risk to their security were they to be identified publicly with this case.

SY: Separate out allegations from facts already proven in court. What’s disputed and what’s already established in this case?

MV: At this point, we are now entering into the factual phase of the case – or we will be entering into discovery, which is when the facts will be discovered and presented and disputed. But at this point, we have made it over a number of initial motions that would weed out cases where the court could say that the claims were frivolous, that the facts were not sufficient within the allegations in the complaint. But the big, final step to moving to the discovery stage was this argument that Chiquita presented that the case should be moved to Colombia, and be heard in Colombia rather than in the forum of the plaintiffs’ choice, which is the United States.

SY: What’s so significant about the decision to keep this lawsuit in the United States?

MV: I think a number of things are significant about this decision. First of all, we have seen companies like Chiquita in the past argue that a human rights case, in particular, should be litigated back in the country where they say the facts took place, or at least where the human rights violations took place, but it also entered the case that those companies no longer have a significant presence – or any presence, or even any assets – in those countries. They’ve often left, as Chiquita did, and they have no assets available there to satisfy a judgment. So, when that happens, they try to get the case dismissed back to another country where they can then initiate another round of defenses before the courts there, and then even if the judgment were to result against the company in the court in the other country, the plaintiff would still have to come back to a forum where the company actually had assets to satisfy the judgment. And, it’s kind of like the company gets two bites at the apple when the plaintiffs have often just chosen that they want to go to the place where the company has its headquarters and its assets, and they want to be heard there. They want to hold the company accountable in their home court, and that’s what the plaintiffs have done here.

It was important that the court recognized that Chiquita couldn’t avoid responsibility by dragging out this case in the United States and then, after that, saying we need to go to Colombia, going to Colombia, forcing the plaintiffs to litigate in Colombia, although it’s not their forum of choice and it’s not a place that they can safely litigate these claims, and then make the plaintiffs go back to the United States to satisfy the judgment. So I think that that’s significant.

SY: And now that it’s settled that the class action suit will remain in the U.S. – what comes next in this case?

MV: We move into discovery, which is significant. I mean, we’ve been waiting for discovery for years. We’ve undertaken some preliminary discovery under some extraordinary conditions, because a number of the paramilitary leaders who are the most knowledgeable about the relationship between Chiquita and the paramilitary group, the AUC, have been in prison, both in the United States and in Colombia. Those who are in jail and prison in Colombia, a number of them are due to be released soon because they will have satisfied their sentences under the justice and peace process in Colombia. We had some urgency in taking the deposition of some of those paramilitary before they were released in Colombia. So some initial discovery was approved by the court in Florida, but we haven’t gone into full discovery. Our hope is that that will begin immediately.

Marissa Vahlsing is a staff attorney with Earth Rights International, one of the organizations representing the Colombian plaintiffs.