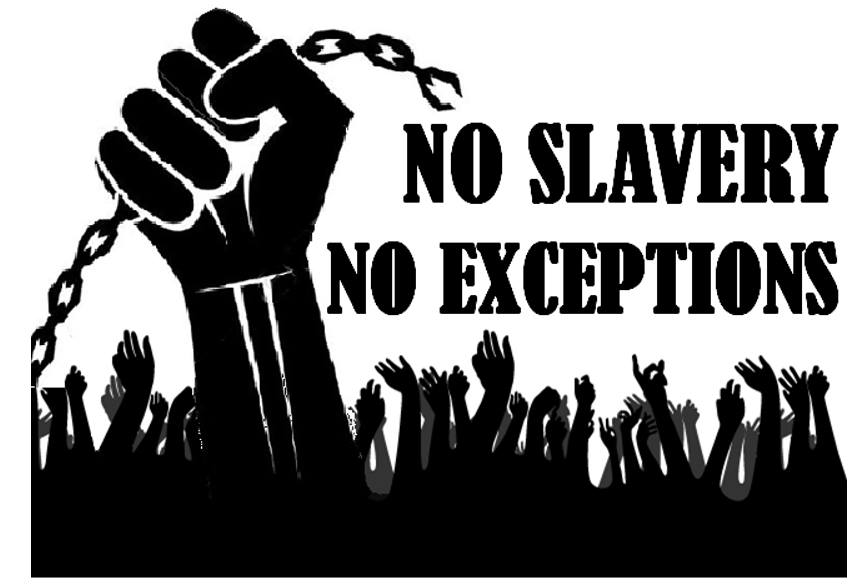 "No Slavery No Exceptions" logo used in the Amendment T campaign. (Photo credit: Together Colorado)

A section of the Colorado constitution reads “There shall never be in this state either slavery or involuntary servitude, except as a punishment for crime,” and 51 percent of Coloradans just voted to keep it that way.

Amendment T would have eliminated any exception for the practice of slavery, making it unconstitutional to force prisoners in Colorado to work without their consent.

“I do not think that one of Colorado’s values is slavery,” explains Sharon Bridgeforth is head board member for Together Colorado, the campaign behind Amendment T, and she says confusing ballot language may be to blame for the initiative’s failure at the polls. “The way that the initiative was written I think a lot of people thought that they had to say no, and it was actually yes.”

Earlier this year the Colorado House and Senate voted in unanimous support of Amendment T and at the end of October not a single organization, lawmaker or funding dollar opposed the anti-slavery legislation.

The only minimally voiced concern with Amendment T was that it could have ended or challenged certain prison work programs, but amendment backers pointed out that 25 other states with no reference to slavery in their constitutions have functioning community service and work programs for individuals in the prison system.

The failure of Amendment T means, in practice, Colorado inmates can still be forced to work and face punishment if they refuse.

Members of the Amendment T campaign are discussing how to further their fight, however considering Colorado also voted to make it more difficult to amend the state constitution it might be more difficult to cut slavery exceptions next time around.