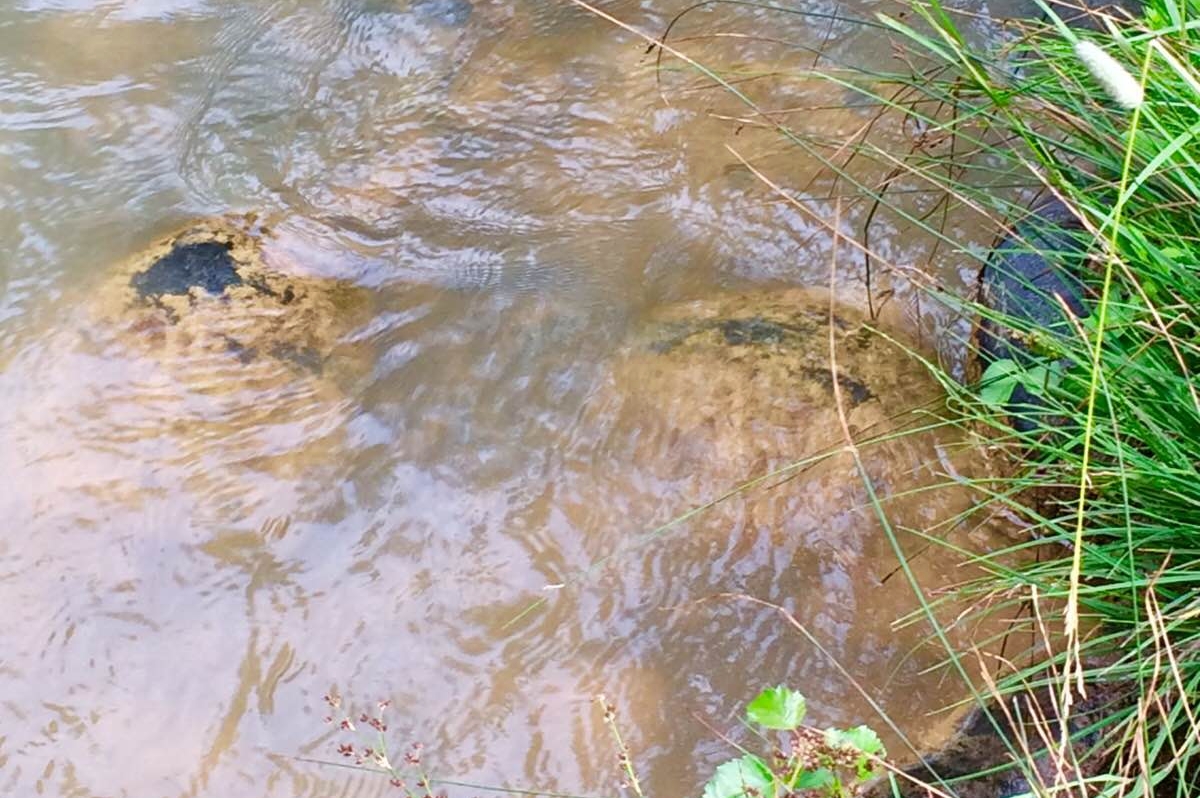 Environmental authorities have admitted the scale of an acidic wastewater spill into a Colorado river is three times larger than initial estimates. Turns out three million gallons of water laced with acid and heavy metals gushed into the Animas River last week when EPA contractors punctured a wall in an abandoned mine. As the polluted water reaches Utah, New Mexico and Navajo lands, various communities are assessing the damages and preparing for a long battle to recovery. FSRN’s Hannah Leigh Myers reports from Denver.

At the height of the disaster, EPA researchers found that levels of arsenic and lead in the Animas River were 800 and 12,000 times the limit of what the EPA deems acceptable.

The toxic spill began last Wednesday near Silverton, Colorado when an EPA contracted team trying to access and treat metallic waste in the abandoned Gold King Mine broke through the wall of a retention pond which sent wastewater laced with lead, arsenic, beryllium, cadmium and mercury gushing into the Animas River. The pollution turned a stretch of the river bright orange.

The Animas River remains closed to the public and the disaster is now affecting communities downstream along the San Juan River. The Navajo Nation has joined the city of Durango and La Plata County in declaring a state of emergency

“There are some communities that solely rely on the San Juan River for their drinking water,” says Navajo Nation Vice President Jonathan Nez, adding tribal authorities plan to sue the EPA. They hope the lawsuit draws attention to the other mining operations that have been polluting native lands and drinking water for years. “We keep raising these concerns and I hope now with this spill that those concerns of tribal communities will be raised up as a priority for the federal government.”

Officials in Utah and New Mexico say the plume of acidic water has breached their borders and is heading for Lake Powell.

Spokesperson for the Colorado Department of Parks and Wildlife, Joe Lewandowski, says the agency is in the process of testing fish removed from the Animas River to help gauge the disaster’s effects on the ecosystem.

“Scientists will be looking at any sort of buildup of metals in their tissue and in their organs,” Lewandowski told FSRN. “We won’t see those results for probably a couple of weeks. It’s a very complicated process.”

While the EPA is taking responsibility for causing this particular spill, many residents of the watershed say waste from abandoned mines in the region has been polluting the Animas for decades, getting little attention until now. They warn hundreds of miles of polluted mining tunnels pose an ongoing threat to the environment and public health.

The EPA is evaluating the possibility of making the Silverton mine area a prioritized superfund site.

All parties seem to agree that the real ramifications of the spill could take months to years to emerge.