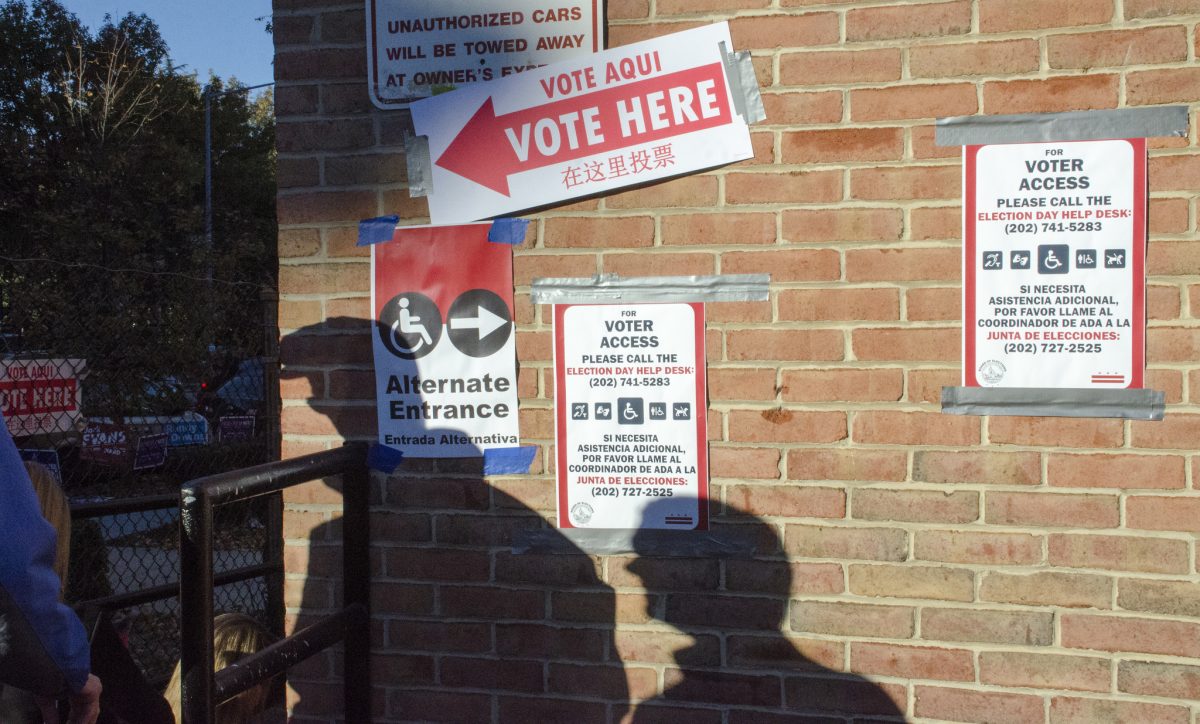 The 2016 U.S. presidential election came to a conclusion late last night with Donald J. Trump declared the winner. Across the country people watched closely as the results came in, some at election parties where they could celebrate, or commiserate, with each other. Seán Kinane, Lena Nozizwe and Hannah Leigh Myers spoke with voters throughout the U.S. to find out how they felt about the results.

Bill Hoffman, Colorado: “My name is Bill Hoffman, I’m from New Jersey. And I’m absolutely thrilled with the election results so far, the tentative ones. I think this election has captivated a lot of emotion, not so much principle, but I think it’s time for it to swing back the other way and for people to feel like there’s a candidate out there who’s actually fighter for them instead of against them. And I think Trump has captivated a lot of that; he’s not the best candidate, but I’m overjoyed that he won instead of Hillary.”

Sonsheeray Quiscybing, California: “I’m very disappointed that Trump won for presidency. I voted for Hillary. It’s just that I can’t believe a man like that, with no political experience, can lead our country, you know? And he despises women, he talks about women, and he doesn’t pay federal taxes. How can somebody not pay federal taxes and run for president – be a president of the United States?”

Kegan, Colorado: “I’m Kegan, I’m from Nederland, Colorado – the hippy capitol of the hippy-est state – and I wrote in Bernie Sanders for president so I can pretend that my conscience is clean or whatever. But I think everyone wishes they could have done a little more for the Democratic primary. But at this point, when you look at how the results break down, I really am optimistic, seeing a ton of third party voters, a ton of write-ins. When you look at how many write-ins actually went down around the country, it gives me a lot of optimism for understand that the political process isn’t just kind of coloring in the lines, but actually figuring out what’s best for an incredibly diverse country, so hopefully people take the positives rather than the negatives about what happened in the election, but go Bernie. Feel the Bern.”

Don Wright, Florida: “I’m Don Wright. I live in Virginia and I spend a lot of time in Gulfport. I think it was great; I’m looking for more hope and change. Like, everything he said he wants to do, I hope he starts doing it. The wall, get rid of Obamacare, put it back into a private business and industry. I think that vetting our refugees is a super good idea, because I think that we need our national security kind of goosed up a bit. I think we need tax reform. I think we need to have more jobs, obviously, and I think Trump is a businessman who will probably pay attention to his advisor, because he’s smart enough to know his limitations. And he’s going to use people like Ben Carson and Mike Pence to do things that they do well. And I would think that would be an entirely better situation than we’ve had.”

Matt Bilinsky, California: “Well, there’s a reason that I’m wandering aimlessly in the streets at 6:45 a.m. So I can’t say that I’m feeling great about the situation right now, but deep down I believe in America, in its heart and soul, and I think we’ll be able to survive whatever the future may bring, although I really have no idea what that is. But, yeah, I’m shook.”

Zac, Colorado: “My name is Zac and I’m born and raised French. I have been living in the U.S. for a year now and I’m just really surprised about the results and very, very disappointed, as is probably the rest of my family back in France, and I’m sure a lot of the international friends, and my international community that I’m connected to.”

Hoa Bush, Florida: “My name is Hoa Bush. I’m from Vietnam originally and I’ve lived here for 18 years in Florida. I’m so sick about it. I don’t know what’s going to be the turn out. It’s surprising. I didn’t sleep last night and I’m really upset this morning. The way he was treating [people], so rude and mean and I don’t know, I don’t trust him.”

Marta, Colorado: “My name’s Marta, I’m from Croatia – not allowed to vote. I hate it right now, hate it all. At least I’m glad Colorado voted right, but I’m very, very afraid for the future of this country that I just started to like.”

Lawrence Lieberman, California: “Lawrence Lieberman from Beverly Hills. I think that the election of Trump reflects more on the unhappiness of the electorate against Washington. It was an anti-Washington establishment vote. I am a Republican who voted for Obama, more against Bush, and while I think Obama has done okay, I’m disappointed; he could have done more. I tend to vote for the person, not the party, and I was unhappy with both candidates, I thought they both had baggage.”

Jesse, Colorado: “My name’s Jesse, I’m from Colorado. I voted for Hillary. And, you know, right now I’m surprised and disappointed that Trump is in the lead. That said, if Trump does win, I feel like this country’s asked for it and we’re going to have to deal with that and hopefully learn from it. I think that things happen for a reason and hopefully we’ll learn for it. This is the way the universe works and, you know, can’t fight it. I hope that, if he does win, that we learn from it and we turn a different direction moving forward.”