India struggles to deal with e-waste and leftover electronics 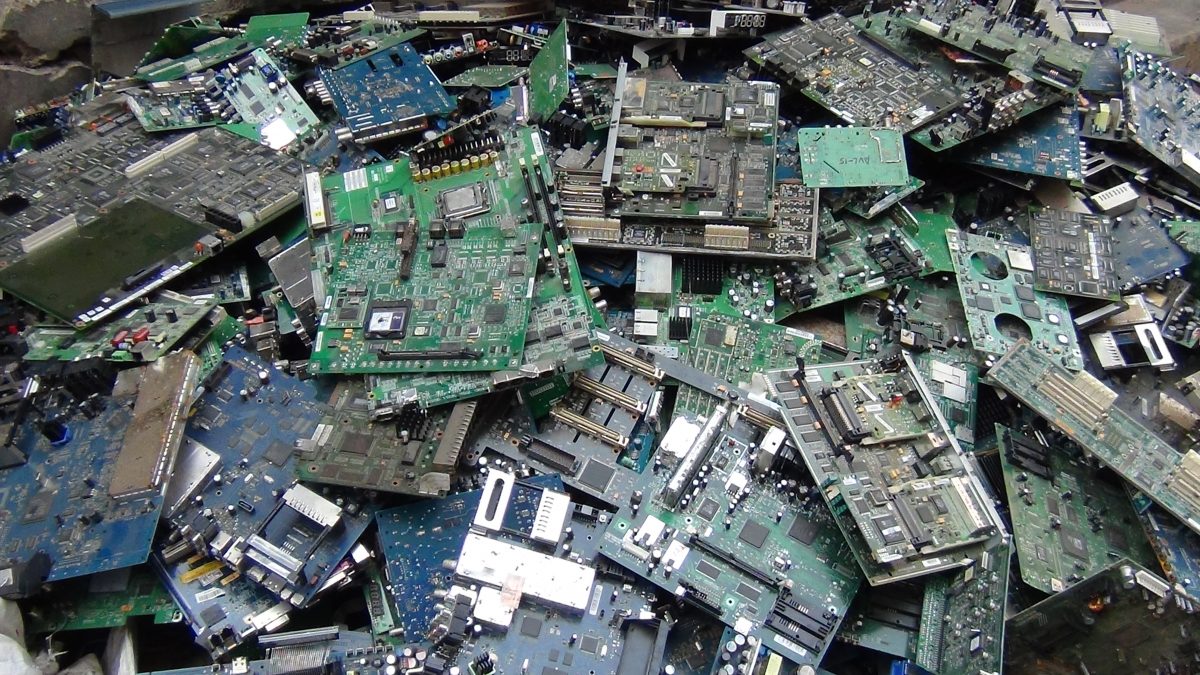 Electronic goods like flat screen TVs, tablets and smartphones are among the top-selling items on Black Friday, the busiest day of the year for retail sales in the United States. But increased access to technology, programmed obsolescence, and greater affordability of such goods mean more electronic waste. The United Nations estimates that India produces more than 2 million tons of e-waste a year, ranking fifth in the world. It’s also a destination country for the electronic garbage of more developed nations. And as FSRN’s Bismillah Geelani reports, the country lacks the infrastructure to manage the growing piles of toxic refuse.

We’re in Seemapuri, on the outskirts of Delhi. It’s known as a marketplace for electronic scrap. Thirty-five-year-old Ansar is using a blowtorch to disassemble a large circuit board, carefully extracting its components with a pair of pliers. The acrid smoke is suffocating. But Ansar, who works without a mask or other protection, appears unperturbed.

“Everyone has to do something for a living and this is our work. We take out those parts that can still be used and sell them to people who repair computers,” Ansar explains. “Then we take out metals, like copper and brass, and finally we dip these boards into acid to get the gold that is there.”

Seemapuri is a district of narrow alleyways cluttered with piles and piles of discarded electronics; this is where old computers, televisions and mobile phones go after they die. They are piled unceremoniously outside the shops that profit off e-waste.

Satish Sinha is associate director of Toxics Link a New Delhi-based environmental group. He says e-waste is a growing problem in India. But there’s also a global dimension, as not all of these dead devices are from India. Some of this toxic e-waste, he says, was imported.

In a narrow street, a group of laborers have just unloaded a truck full of computer monitors and are breaking them into pieces with hammers.

An attempt to speak with them goes badly, after their supervisor gets angry and runs me off. He says they could get into trouble if they talk. That’s because breaking up e-waste is illegal because of the toxic materials and chemicals released.

But there is money to be made. Twenty-five-year-old Mohammad Salman says he once repaired mobile phones before he realized he’d earn more dealing in e-waste.

“We collect it from all over the country through waste pickers and other scrap dealers and then look for items that can be refurbished. We keep them and then sell the rest of it to others,” Salman says. “Since there are some precious metals in it, there’s a demand for these things. We give it to bigger dealers and what they do with it is their business.”

India’s rapid economic growth in recent years has led to a phenomenal increase in the demand and production of scrapped devices. Disposable technology has become the norm. After a few years, phones and computers are tossed away, rather than repaired.

But the way the waste is handled and disposed is highly dangerous. Satish Sinha of Toxics Link says that’s a growing problem: “Most of the waste that we have generated, and which has a huge amount of toxicity, it has lead, mercury, cadmium… and these all elements or chemicals which are extremely harmful to human health and environment. And when we have such large volumes – it is in tons that these chemicals are there – when you deal with this in a manner which is rudimentary, which is using a hammer or a blow torch or acid, you are releasing a lot of these toxins into the environment.”

It is a large amount. A 2014 United Nations report found India generates more than 2 million metric tons of e-waste annually. The UN says a significant amount of waste comes from richer countries with more stringent regulations.

That prompted the Indian government to ban e-waste imports. But activists say it finds its way here anyway through black market channels. The Indian government toughened up regulations this year on disposal of e-waste and pinned more responsibility on manufacturers by setting hard targets for proper disposal.

And it’s not just manufacturers that have to be responsible; consumers need to be mindful of what happens when they throw things away.