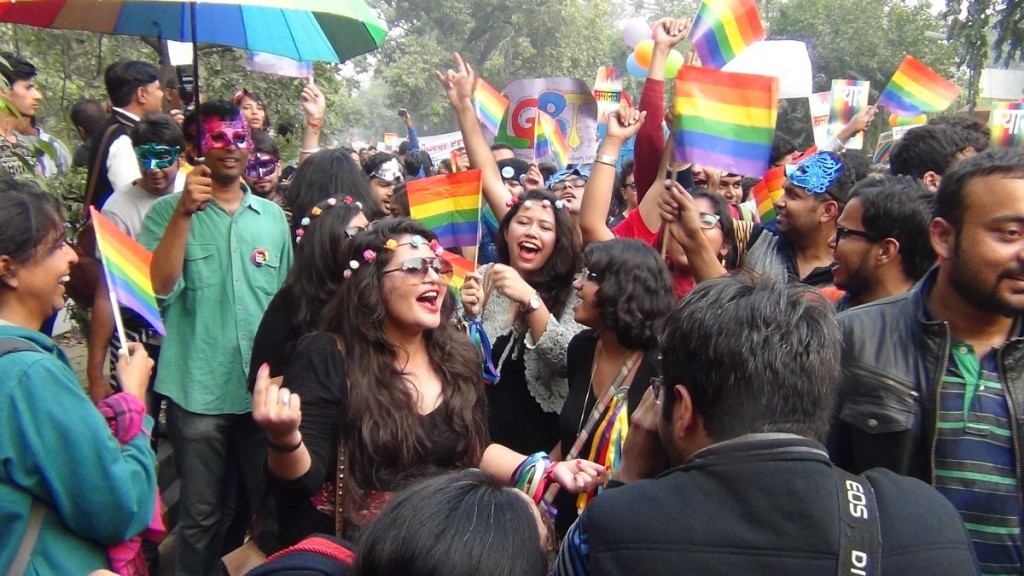 The LGBT community in India held the 8th annual edition of Delhi Queer Pride Parade in the capital New Delhi on Sunday. As Bismillah Geelani reports, thousands turned up to raise their voices against discrimination and intolerance.

More than 3,000 members from the lesbian, gay, bisexual and transgender – or LGBT – community and their supporters marched in New Delhi during the 8th Delhi Queer Pride Parade. Holding rainbow flags and placards the marchers sang, danced, hugged and kissed each other along the way. Reiterating their demand that lawmakers revoke the colonial era law that criminalizes homosexuality in India, the marchers criticized the government for dilly dallying on the issue.

“The political parties should stop playing games, they are playing with the lives of millions of people,” said Lakshmi, a transgender activist. “We are all adults and if adults in this country have the right to cast vote why are we being denied the right to live our sexuality. If the Supreme Court says the Parliament should discuss the issue, the parliamentarians should have the guts to stand for the freedom of expression.”

In 2009, the Delhi High Court struck down Section 377 of the Indian Penal Code that considers homosexuality a serious offense, punishable by up to 10 years in prison. The court ruled that the law violates the rights of equality, privacy and dignity guaranteed under India’s constitution. But last year, the Supreme Court set aside the high court ruling upholding the constitutional validity of the law and again criminalizing homosexuality. Despite their legal opinion, the court later said that it was up to the Parliament to decide whether the law should remain in the statute book or be tossed out.

The Supreme Court is now hearing a what’s called a “curative petition” in India, in which the government  has asked the court to reconsider its ruling – a legal maneuver that if successful would see the court overturn the law, thereby letting lawmakers avoid taking up the issue.

The marchers in New Delhi also blame the BJP government for the growing intolerance in the country and expressed their support for the dozens of writers, artists, filmmakers and others who, as a means of protest, are returning national awards amid what they see as government sponsored hate crimes.