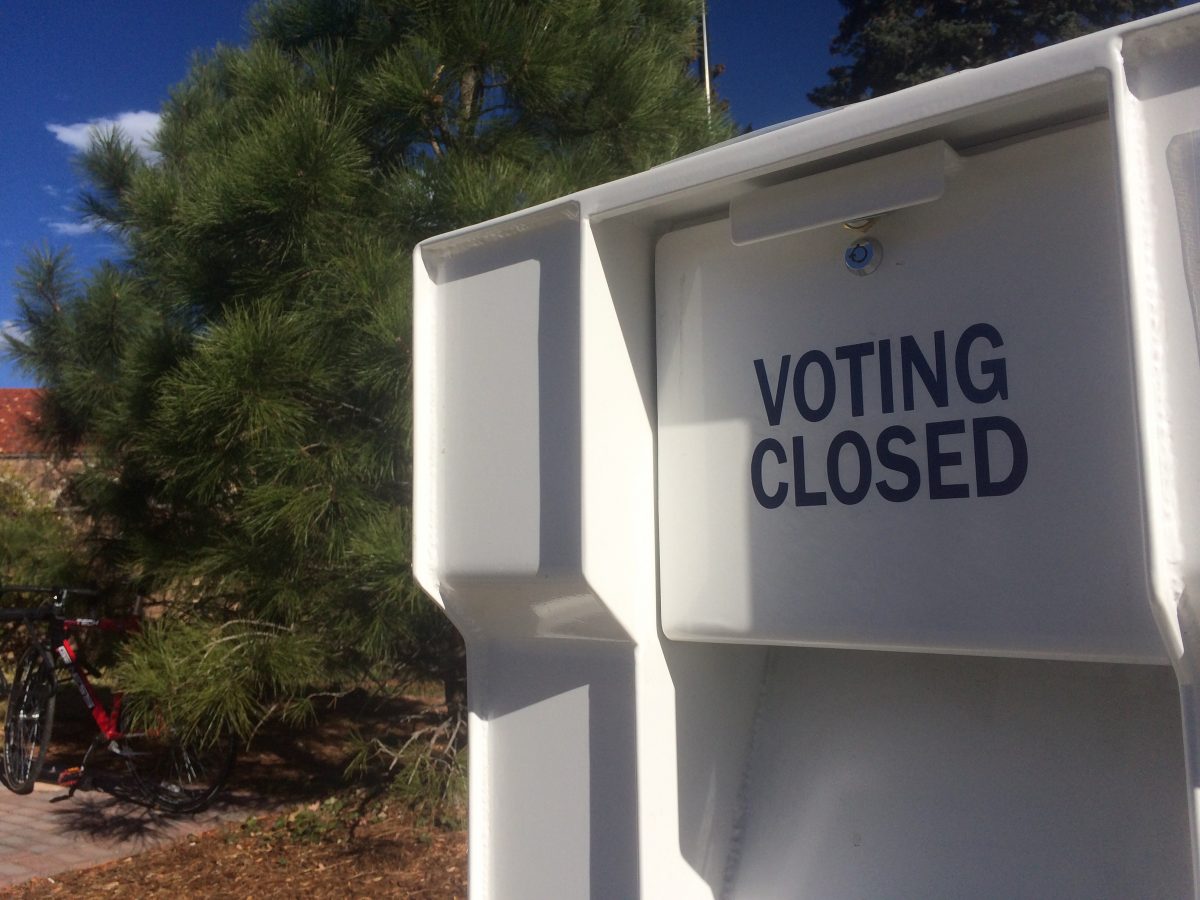 This year’s election was the first in which voting age Millennials equaled their Baby Boomer counterparts. But the generational gap among white voters was striking, with most Millennials supporting Clinton and the majority of their parents’ age group casting ballots for Trump. The steep ideological divisions over this year’s election could make for interesting discussions at Thanksgiving tables nationwide. Hannah Leigh Myers has more from Denver.

For many of the students at the University of Colorado Boulder, and for millions of university students nationwide, it was an intense year. College campuses around the U.S. have erupted in chants for Bernie Sanders, demands for change, and pleas and protests for protection.

The breakdown of data from the election reveals deep divisions among demographic lines, with whites being the only race to vote mostly for Trump. And within that group, there’s a gap along age lines; with the younger generation favoring Clinton.

And now, it’s Thanksgiving break, and many university students are concerned that the political discussions at home could be disastrous. Some are opting to avoid family dinners altogether. Just ahead of the break, FSRN visited the campus of the University of Colorado Boulder to ask students about their holiday plans, then contacted clinical social worker and conflict resolution authority Barry Erdman for his advice.

“My name is Jamie Markwidth,” says one student. “I’m a CU student. I’m concerned for Thanksgiving. My grandma is a conservative Republican Christian. I voted for Hillary and she thinks that Hillary should go to prison. I’m just concerned that, you know this election could really tear your family apart, honestly, because the sides are so different.”

“If you are feeling bullied or attacked, take a deep breath, get yourself grounded, and be able to say ‘Hey guys, you know I’m just here for a short time. I so value the fact that you guys can so freely share your opinions and your thoughts, but what’s more important to me is how we can talk about things we have in common and the things we like to feel good about,’” Erdman advises.

“My name is Diego Juan Jose Pereda. I’m from Argentina, Buenos Aires. The fact that I don’t have to vote, like, I don’t belong here. I don’t belong to this country, so I don’t care that much but there is some guys in my family that really relate to Trump’s ideals,” a young man says. “So, it’s going to be a tough conversation with them. I hope to, you know, communicate my ideals to them and I hope they understand.”

“Take a position in a way like a therapist, to inquire without judgment,” Erdman suggests. “Just say, no, I need to listen more than talk. I need to hear more than speak.”

“Cloe Rotunda. I’m a sophomore. I have one friend that’s not going home at all just because they don’t talk to their parents as much because of the election now,” another student explains. “Because, they’ve been protesting for the last couple weeks and they don’t really feel like going home and having that discussion with their family.”

“We are all in reaction mode because of the recent turn of events in the election,” Erdman points out. “So, I would ask anyone who’s having a hard time going home, what’s in your best interest? What’s in the best interest of everybody involved?”

“And I voted for Trump. But, I am also 100 percent against Trump and Hillary Clinton,” says one anonymous student.

“Are you going to have to explain that at Thanksgiving?” FSRN asks.

“You’re darn right I’m going to have to explain that,” he responds. “Am I going to get a hard time for it? I don’t care! The benefit of our country is what I care about.”

“So, even before you walk in the door it would be a nice reflection to think what am I actually bringing to the meal in myself, in my person. And instead of already setting yourself up to be defensive or aggressive because of what you anticipate, first it’d be useful to prepare yourself to begin to self regulate,” Erdman recommends.

It’s unclear if fewer Millennials participated in the 2016 elections than in 2012 but exit polls do show a drop in youth votes for the Democratic and Republican parties and a 5 percent increase in third party votes. But if election results were based on Millennial votes alone Clinton would have won by over 400 electoral votes.

As in the post-Brexit UK, there’s a clear – and at times fierce – divide between the ideals of young people versus those of their parents and grandparents. However, the Thanksgiving holiday gives both generations a unique opportunity, if they chose to take it, to sit, eat and hear each other out in wake of what many are calling the most stressful election in recent U.S. history.