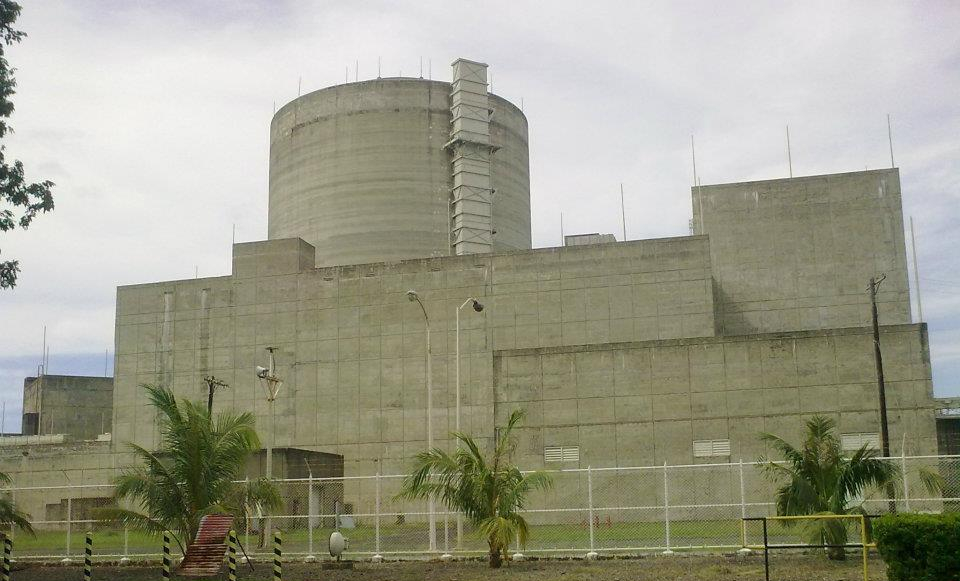 Philippines President Rodrigo Duterte has given the green light to the Bataan Nuclear Power Plant that was built by the late President Ferdinand Marco in the ‘70s and ‘80s but never used.

The 621-megawatt atomic plant was completed using a $2.3 billion dollar loan but was never brought online over public outcry in the wake of the 1986 Chernobyl disaster in the Soviet Union. FSRN’s Madonna Virola reports that those concerns are still real today.

“Had we opened that, probably, our life could have been different,” Cusi said. “After almost 40 years, is there anything that happened that would [make you say] it’s a loss opportunity for us?”

The Philippines spends millions of pesos – more than a half million dollars – annually to maintain the mothballed plant.

Workers broke ground in 1976 in response to the world oil crisis that saw energy prices skyrocket. It was completed in 1984, but mothballed in 1986, following the People Power Revolution that overthrew President Marcos. The Soviet Union’s Chernobyl nuclear disaster that same year and the earthquake-triggered tsunami in 2011 that led to nuclear disaster in Japan has illustrated the potential dangers today.

A student group visited the plant’s 880-acre site in 2011. It’s on government land near Morong in the Bataan province, an area that’s geologically active and near the Mt. Pinatubo volcano.

But former site manager Mauro Marcelo brushes off any worries and sings the praises of nuclear power’s potential in the 21st century.

“Nuclear is a sustainable energy resource. You’ll see uranium is most abundant on Earth. Even if you use a huge amount, it practically doesn’t contribute to global warming,” Marcelo argued. “Carbon dioxide generation from wind, solar and biomass are even much more than nuclear.”

But environmentalists, like writer Agnes Prieto, are not convinced. She is skeptical that the Bataan nuclear plant is safe considering it’s been shuttered for decades.

“They should study it more closely, because in the past it was negated and other administrations have not taken it up, so there must have been really a very good reason for that,” Prieto said. “I think this is a decision that has to be more seriously considered and more analysis, and maybe a referendum should be taken among the people who will be affected.”

Lawmakers in the Philippines are now preparing to debate the question of opening the Bataan Nuclear Power Plant, especially the the tens of millions of dollars it would cost to rehabilitate its decades-old nuclear reactors.