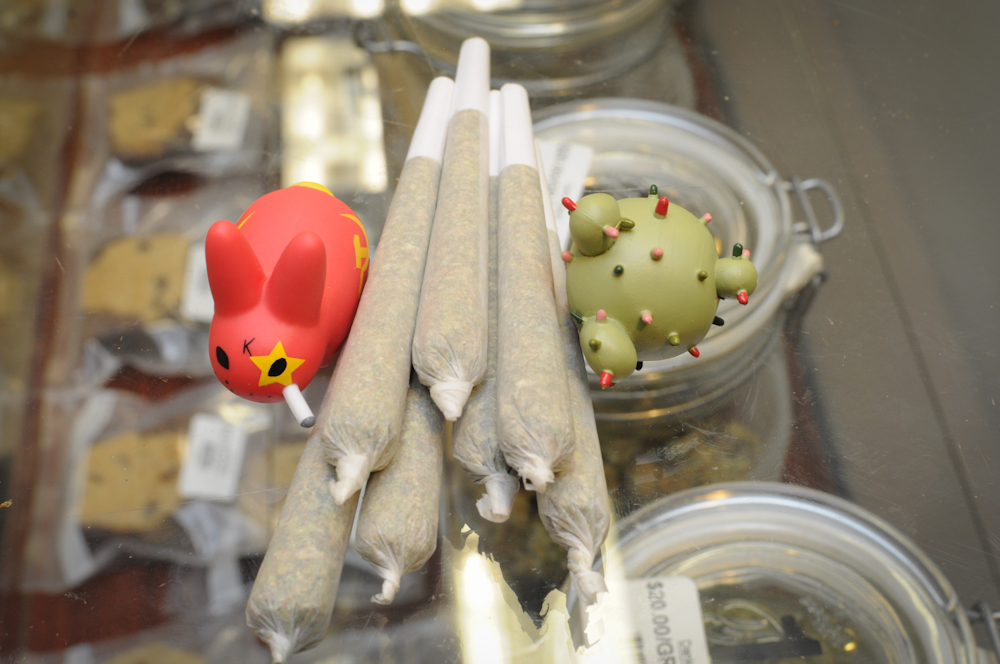 Some 6,000 men and women incarcerated in California could be on their way out now thanks to a recently passed state ballot initiative. Proposition 64 was best known for decriminalizing recreational marijuana, but its legal scope goes beyond that. FSRN’s Lena Nozizwe explains.

For decades, a conviction for recreational marijuana use, possession or sales could send a person’s life up in smoke.

“Having a criminal record can make it so difficult, it can life-destroying and really close every door,” explains Karen O’Keefe, an attorney and the director of state policies for the Marijuana Policy Project. “It can be hard to get a job. It can be hard to get housing. You can be denied all kinds of government benefits.”

But language contained within Proposition 64 could allow Californians with marijuana-related convictions to turn over a new leaf.

An analysis of Department of Justice data by the Drug Policy Alliance found that in 2015 African-Americans were twice as likely to be arrested for a marijuana misdemeanor and nearly five times more likely to be arrested for a pot-related felony than whites. And that’s even though studies have found that both ethnic groups use and sell the drug at about the same rate.

Anyone convicted of a marijuana offense that is now legal under Proposition 64 can petition to have the conviction expunged.

“This would all this would allow to wipe out their criminal records if they are sitting in jail or on probation; they could be re-sentenced as if Prop 64 had been law,” points out O’Keefe.

While expunging marijuana-related convictions from criminal records may help to correct the disproportionate effects of the War on Drugs on communities of color, some warn legalization may increase blight in poor neighborhoods.

Spokesman for the ‘No on Prop 64’ campaign, Luis Alvarado, says neighborhoods like the one he grew up in South Central will have to contend will pot shops in addition to liquor stores: “We know that the marketing of it will be directed to the consumers that have disposable money and who will and feel that, culturally, they’ll be attracted to it, and those are the communities of colors.”

But proponents see a financial bonanza for California that will ultimately help Alvarado’s old neighborhood and more. Part of the initiative calls for the earmarking of marijuana tax revenues to help the communities in zip codes with the highest rates of drug-related incarcerations. State analysts project that revenue from taxing recreational marijuana could go as high as a billion dollars a year.

Ethan Nadelmann, founder and executive director of the Drug Policy Alliance – an organization that helped draft Proposition 64 – acknowledges that a wild card could change the reform momentum.

“What gives me real concern is the election of Donald Trump and some of the folks around him who are in positions of influence. Donald Trump is totally unpredictable on this issue,” Nadelmann explains. “There was a moment years ago when he said he was interested in legalizing all drugs. He was also seen using drug war rhetoric during the debate with Hillary Clinton. He did however say pretty clearly, I believe during the primaries, that he promised to respect state marijuana laws.”

Nadelmann says Trump needs to be held to that and he worries about the president-elect’s nomination of Republican Alabama Senator Jeff Sessions to be the Attorney General. Sessions reportedly once joked that he thought the Ku Klux Klan was okay, until he found out some of its members smoked pot.

While California moves to implement Proposition 64, drug reform advocates warn the appointment of Sessions could spark up a new battle in the War on Drugs, just as states are surrendering to popular opinion in favor of legalizing marijuana.