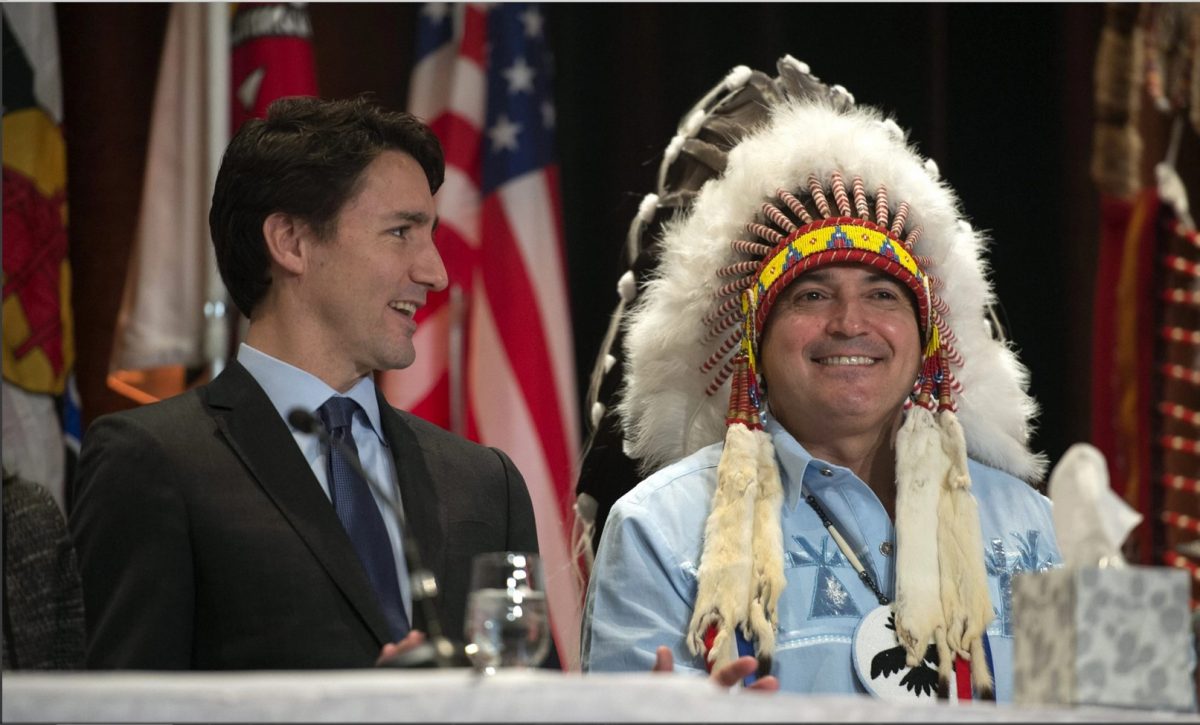 Canadian fossil fuel projects, including recently approved expansions of pipelines in Alberta and British Columbia, are meeting fierce opposition from local Indigenous communities. Currently, two such communities are challenging the Canadian federal government before the Supreme Court. They argue the government failed to seek their informed consent for development projects which they say threaten the values of their culture and the well-being of the environment. Patrick Barrios reports from Ottawa.

In a lawsuit currently before the Canadian Supreme Court, the Chippewa of the Thames and the Clyde River Inuit say the Canadian government did not fulfill its constitutional duty to consult Aboriginal communities before approving fossil fuel projects in their territories.

Both sides made their arguments before the high court in a joint hearing late last month.

The Clyde River Inuit are opposing a seismic exploration project near Baffin Bay. This project looks for oil deposits to sell to companies interested in offshore drilling.

As described in a National Energy Board report, a seismic ship would travel back and forth for five years, towing up to thirty-four airguns. Every fifteen seconds, these airguns would produce underwater sound-blasts of two hundred and thirty decibels. That’s louder than a space shuttle launch, and more than loud enough to instantly kill a human.

Hasan says the Clyde River Inuit are concerned that seismic exploration will harm marine wild-life integral to their culture and diets: “In Clyde River, you can’t just go into your local supermarket and buy all of your nutritious food. That food is prohibitively expensive – it’s all being airlifted from the south, and you’d be paying five, ten times more than you would in Ottawa or Toronto supermarkets. So people up there depend on traditional food sources: the ringed seal, the harp seal, the bearded seal, the narwhal and the bowhead whale. All these traditional food sources.”

The National Energy Board’s report seems to validate the Clyde River residents’ concerns. It states that over a hundred and eighty species of fish have been identified within the project area, as have marine mammals such as the endangered Bowhead whale. Despite this, the board approved the project, citing dozens of proposed mitigation measures.

Another issue before the Court deals with a controversial pipeline project. The Chippewa of the Thames are opposing the reversal and expansion of Enbridge’s Line 9 Pipeline. The energy delivery company’s website states that the pipeline’s expansion allows for transportation of heavy oil.

The National Energy Board approved this project in 2014, and it is already in operation. The board claims potential damage to Indigenous land is likely minimal, and that it would be appropriately mitigated.

“It’s not if it spills, it’s when,” says Riley. “Everything man-made is going to fail. How are we gonna fix that? It’s gonna take generations. We gotta get all our First Nations together and stop this – this decision here is big.”

Canadian Indigenous communities say fossil fuel projects threaten a lifestyle they’ve held on to for thousands of years and contradict a value system that prioritizes the environmental integrity over profit margins.

Hundreds rallied outside the Supreme Court in support of the Chippewa of the Thames and the Clyde River Inuit during the joint hearing in November.

Perry Bellegarde, the National Chief of the Assembly of First Nations, took a moment to survey the crowd before his address. Among the gathered, shivering in the cold, were elders and youth, Indigenous and non-Indigenous alike.

Bellegarde says such unity is essential if Indigenous rights and voices are ever to be respected: “We don’t see any color. We don’t see black people, yellow people, white people, red people. We are the two-legged tribe. And if this world-view that I just described can be taken up by governments and industry, it will be a powerful world for all of us.”

The Crown claims that, through the National Energy Board, it has fulfilled its constitutional responsibility to consult Aboriginal communities.

The justices are reviewing the case and are expected to issue a ruling in the coming months.