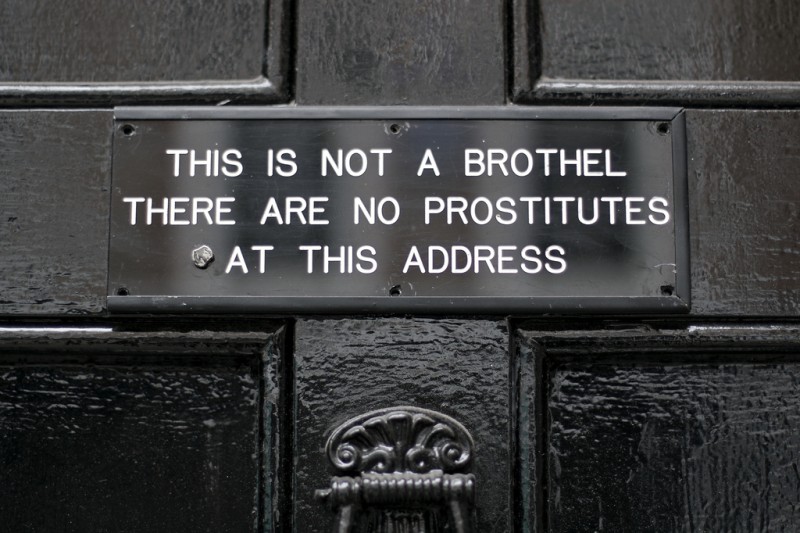 New legislation on prostitution was recently voted into law by the Canadian Senate after months of debate and controversy. Although sex work abolitionists have praised the bill, dozens of associations of sex workers and feminist organizations say it is unconstitutional, and call it a step backward for the rights and safety of sex workers. Carla Green has more.

The controversy over Canada’s new sex work law dates back to December 20, 2013 – when Canada’s Supreme Court found national prostitution laws to be unconstitutional. The Court gave Canadian legislators one year to come up with new laws that would fix the problems it had outlined.

The problems stemmed from three provisions of the Criminal Code. One made it illegal to rent or own a “brothel”, meaning that sex workers could only legally work on the street. The second made it illegal for a secondary person to profit off of prostitution – outlawing pimping, but also effectively outlawing bodyguards, secretaries, and drivers. The last prohibited communication about sex work in public, which often had the effect of sex workers hurrying into deals without negotiating the terms or being sure that the situation was safe.

Six months after the Bedford v. Canada ruling, Canada’s conservative government unveiled Bill C-36. The bill openly criminalizes certain aspects of prostitution – albeit not the act itself – and Conservative legislators have said that it is part of a push towards abolishing prostitution altogether.

Abolitionists who argue that all – or almost all – of prostitution is non-consensual have praised the bill, along with certain evangelical groups.

“We have an obligation to protect our youth of Canada,” said Shae Invidiata, founder of Free Them, during a press conference this summer. Free Them is an anti-human trafficking group and an advocate for the abolition of sex work. “They are the next generation to grow up and raise families that will influence our nation. Where families have failed in the home, let not the system of Canada fail them also. Bill C-36 works towards healthy structures, helping women and children exit the sex trade and start to rehabilitate their lives with non-exploitative futures.”

The new law also has plenty of critics. Among them is Joyce Arthur, a co-founding member of FIRST, a feminist group that advocates the decriminalization of sex work. She said that Bill C-36 is unconstitutional, borne of pure political opportunism, and that the Conservatives have done a 180 on sex work since last December. “Their argument was that sex workers are choosing a risky profession, therefore they’re responsible for the violence that’s inflicted upon them,” Arthur told FSRN. “And then they introduced this law and completely turned it around said ‘Oh, sex workers are all victims, they’re exploited, we have to help rescue them, and so on and so forth.’”

Prostitution has always been legal in Canada, and Bill C-36 wouldn’t change that. However – like the former prostitution laws that the Supreme Court struck down – it could increase the risks associated with sex work. The most drastic change is the criminalization of “johns” – sex workers’ clients – for the first time in Canadian history.

The bill also makes it illegal for anyone other than the sex workers themselves to get “material benefit” from the sex work, a provision that nearly duplicates one struck down under Bedford.

Bill C-36 also prohibits publications, both print and online, from running advertisements for sex work – although, confusingly, the sex workers themselves are allowed to advertise their own sexual services.

An amendment to the original bill also prohibits sex work near schools, playgrounds, and day care centers, which, in some cases, rules out large swaths of a city center.

Arthur says that C-36 essentially replicates the laws struck down under Bedford, and that, if anything, sex workers will be in even more danger under the new legislation than they were before. “Sex workers did not want this bill. The bill is supposed to be protecting sex workers, but virtually all sex workers are dead set against it. So I really think that says it all in terms of who this law is actually going to help. And it certainly won’t be sex workers.”

Ryan Conrad helped to organize a protest against C-36 as part of the Montréal Pride Parade back in August. He says that it’s important to have a diversity of voices opposing the bill, because it challenges the narrative that sex work is violence against women and needs to be abolished. “They want to make laws to save helpless women, essentially,” he remarked. “And so when you challenge the gender assumptions, that there are other people who do sex work, who are trans and who are male, I think that those add another voice to the chorus of voices of sex workers, that this isn’t the way forward, this isn’t based on evidence-based practice, this isn’t based on what Health Canada is saying. Everyone is saying that this is terrible except for this small group of powerful people who want to criminalize sex work.”

Lawyers and constitutional scholars have also criticized the bill, expressing worries that it has done little-to-nothing to address the Bedford v. Canada ruling. Among those critics is the Canadian Bar Association, which has publicly expressed concern about the constitutionality of Bill C-36. Spokesperson Tony Paisana says their concern is about “the constitutionality of the new regime, and whether or not anyone of these individual or cumulative pieces of legislation present any constitutional problems, and we’ve identified three areas that are concerning to us, and those are in our submissions to the Senate.”

Advocacy groups have already begun to talk about gathering evidence to mount a constitutional challenge against C-36. However, that process could take up to five years or more.