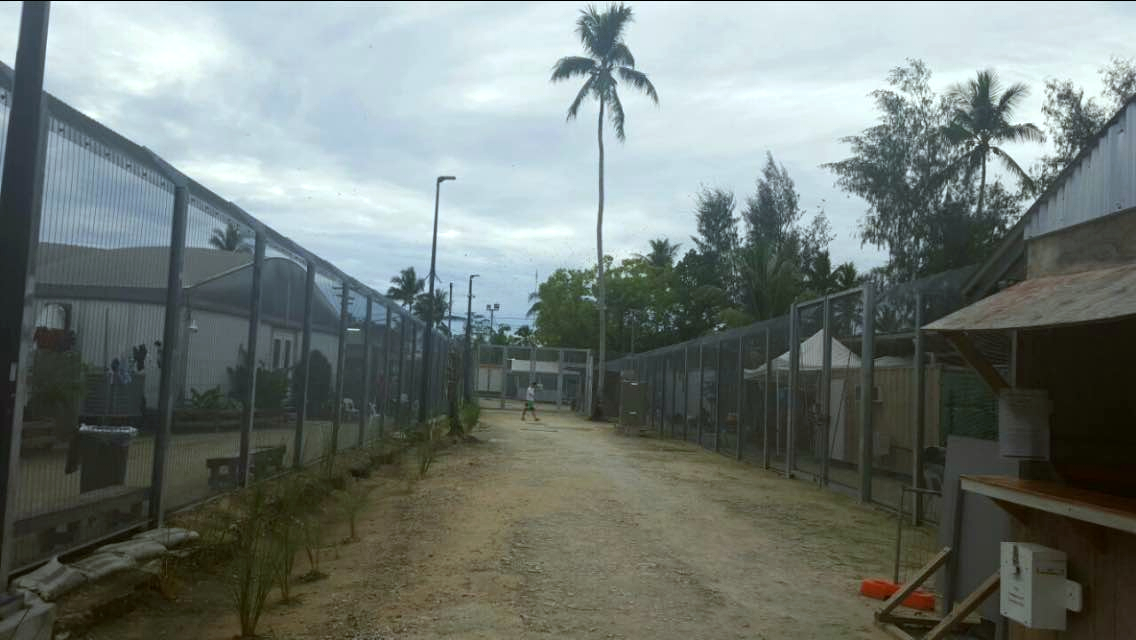 The inside of the Manus Island detention center. (Courtesy of Behrouz Boochani)

Many people across the United States are deeply uncertain about their fate after president-elect Donald Trump takes office, particularly undocumented immigrants. That uncertainty isn’t limited to immigrants inside the U.S. – it extends beyond borders, including to about 1,400 people currently detained in Australia’s offshore immigration detention centers at Papua New Guinea’s Manus Island and the island nation of Nauru.

Last month, the U.S. agreed to resettle the most vulnerable of the refugees currently held in the two controversial immigration jails. But as Georgia Clark reports, a growing desperation about the future of that deal after Inauguration Day could spark unrest – some fear even deadly violence – as happened on Manus Island two years ago. 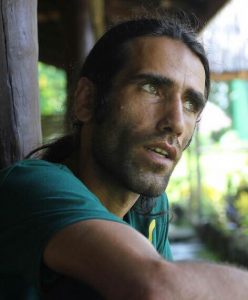 “I am so tired from questions about our conditions and how they’re treating us in this remote prison,” says Behrouz Boochani, a Kurdish journalist who fled Iran and is currently detained on Manus Island, one of Australia’s two controversial offshore detention centers. In April, a Supreme Court ruling found the detention center to be unconstitutional and ordered it shut down. But eight months later, more than 900 refugees are still languishing there and morale is low.

“The conditions are terrible but it’s hard for me to talk about facilities,” Boochani explains. “These issues are not important, the important thing is we are in prison without any crime. We have been under systematic torture for four years.”

Last month, Boochani was hopeful after the Obama administration agreed to a one-time deal to resettle eligible refugees from Manus Island and Nauru in the U.S. However, the deal only covers those who pass the U.S. vetting process, which can take as long as two years to complete. And details are scant about what would qualify an individual for refugee status, but families will reportedly get priority.

The deal was a major victory for the Australian Liberal party, long critical of the Labor’s immigration policies that they say were responsible for the 1,200 refugees who died at sea trying to reach Australian shores during their tenure.

“I can confirm the government has reached a third country arrangement. The agreement is with the U.S. It is a one-off agreement. It will not be repeated,” announced Australian Prime Minister Malcolm Turnbull. “It is only available to those currently in the regional processing centers. It will not be available to any persons who seek to reach Australia in the future.”

But according to Boochani, tensions on the island reached a new peak since Donald Trump was elected as the next U.S. president: “I have never seen the people in Manus prison like this before. People are so worried about their future and scared about when the new president of U.S. will take office next month. The government didn’t tell us any details and we don’t know what will happen to us.”

Dr. Jean Jonathan Bogais, an adjunct associate professor at the University of Sydney and a Southeast Asian conflict expert, says even if the agreement is upheld, he doubts its effectiveness: “​I​ ​think​ ​it​ ​will​ ​be​ ​another​ ​attempt​ ​to​ ​get​ ​a​ ​handful​ ​of​ ​refugees​ ​but​ ​it’s​ ​not​ ​a ​solution.”

Despite years of processing refugees on Manus Island and Nauru, only 24 men have been resettled in Papua New Guinea, and another two in Cambodia. With the remainder being offered up to $20,000 to return to their home countries where they fear persecution, many view Australia’s attempts at third country resettlement a failure. Now, patience is running thin for the people still lingering in the squalid immigration camps.

Charlotte Chompff worked at Manus Island as a claims assistant, when a similar period of tension resulted in an outbreak of violence. She says she’ll never forget the day that 23-year-old Kurdish refugee Reza Barati was killed.

“They didn’t tell us that there was a riot, they didn’t tell us how many people were injured, all they told us is that somebody had been killed,” Chompff recalls. “Even the next day, when I went out there were piles of bloodied mattresses, bloodied blankets – it was like a war zone, so many guys, such terrible injuries.”

Barati’s death was a wake-up call for Australians about the plight of the hundreds of refugees on Manus Island. Chompff is in touch with people still working there and fears a climate conducive to more violence is growing.

“It’s still so uncertain, and I think given they’ve been disappointed so many times. I’ve also heard from a colleague that they’re worn down, broken men. Maybe they’ve just kind of resigned to their fate almost,” Chompff says.

According to Behrooz, the Australian government has turned a blind eye to the Papua New Guinea Supreme Court’s finding that detaining asylum seekers on Manus Island is unconstitutional. But this, he says, is not the only inequity: “The worst injustice is that we are in prison without any crime. We came to Australia legally under international law and they sent us here by force. They have treated us like criminals and there is not any justice for us.”

While morale is low and skepticism high, for many, the U.S. deal presents an opportunity for Australia to abide by its obligations under the Universal Declaration of Human Rights. But with just weeks to go before the Trump administration takes the helm in Washington, for Nauru and Manus Island refugees, the likelihood of asylum in the U.S. looks increasingly slim.