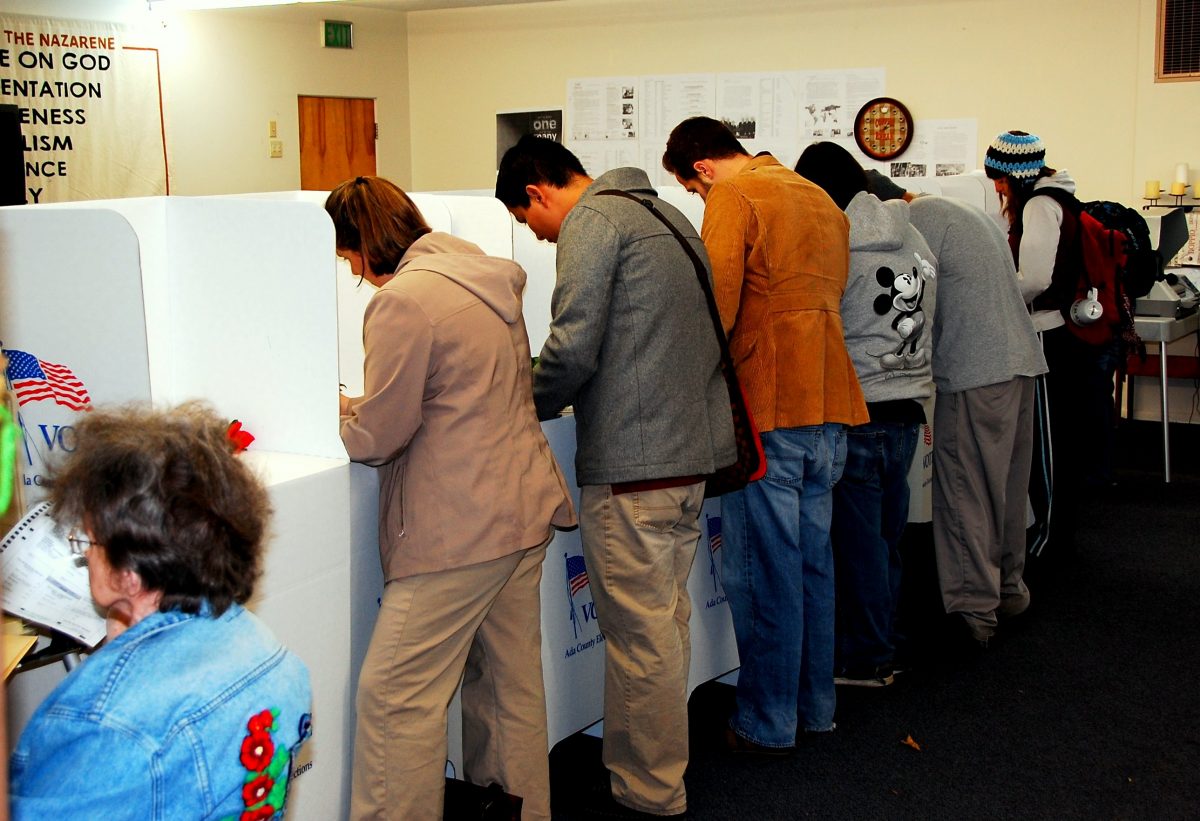 Top Democrats in Congress called on their GOP counterparts Tuesday to make ensure a probe of Russian influence on the U.S. presidential election is bipartisan, comprehensive and not “restricted by jurisdictional lines.” President Obama instructed US intelligence agencies to review whether or not foreign countries used “malicious cyber activity” to disrupt the recent election.

With Green Party candidate Jill Stein’s recount efforts all but over, petitions are circulating on social media calling on Electoral College delegates to untie their votes from the results in their particular states. But delegates may be disinclined to do so after a federal judge in Colorado turned down a bid from two Democratic electors who sought to unbind their votes and make a deal with Republican electors to back a GOP candidate other than Donald Trump.

All of this may have little or no effect on who is inaugurated in January. But questions about the integrity of presidential elections abound. Boston-based correspondent Dave Goodman has more.

It is a bit archaic now, but the old-style mechanical voting booth did work. What seems to never go out of style, say critics, are policies and programs designed to reduce the number of citizens who can participate in elections, mostly in the name of preventing voter fraud. Immigration hard-liner and Kansas Secretary of State Kris Kobach is an adviser to president-elect Donald Trump, and in the running for high level administration post.

As a guest on Newsmax TV in August, Kobach alleged that undocumented immigrants could be swinging elections: “Twenty-five aliens who either got on our voter rolls or who attempted to get on our voter rolls after our proof of citizenship law went into effect in just one county. Well, we have 125 counties in Kansas. And you know, multiply that out proportionally to the state, we’re talking hundreds of aliens on our voting rolls. We have close elections, in fact we just had one this past Tuesday where it was a dead tie. And if you’ve got a handful or even one alien voting in that election that can throw the election or at a minimum it cancels out the vote of U.S. citizens.”

“We actually tested this: what led states to adopt what we call restrictive voter legislation?” says Professor Erin O’Brien, who chairs the political science department at the University of Massachusetts in Boston. Her research finds that partisanship, rather than voter fraud, is key to understanding why states pursue restrictive registration policies or legislation. “And there could be voter ID, shorter early voting, things like that. And you know, the best predictors were partisanship – Republican control of the state legislature and governorship – and on top of that, where minority participation had increased.”

O’Brien says in practice, it’s not feasible to study the personal motives of state legislators. But her research found that restrictive laws are more frequently introduced in states that elect Republican governors.

Of course, the U.S. has a history of blocking certain groups of people from exercising their right to vote. In recent years, and especially since the contested presidential election in 2000, reports of voter suppression have surfaced using descriptions such as vote caging, scrubbing, and purging. But is there a so-called smoking gun? Rahsaan Hall thinks so; he’s the Director of the ACLU of Massachusetts’ Racial Justice Program.

“In the recent case out of North Carolina, where the court struck down some of the voting laws, they said that ‘you intentionally identified the measures that would impact the greatest number of people of color or African-American voters,’ like that was their rational,” Hall explains. “In my mind, there’s no question that the things that are introduced are intended to suppress the vote of people who are more likely to vote democratically and those are overwhelmingly African Americans, other people of color, poor people and young people and in some cases newly naturalized citizens.”

Investigative journalist Greg Palast has been reporting on U.S. elections for years and authored the 2004 book “The Best Democracy Money Can Buy,” now out in comic book form and made into a movie. This year, Palast focused his attention on something called the Interstate Crosscheck program.

Developed in Kansas under Secretary of State Kris Kobach, participating states share their voter registration rolls, and Interstate Crosscheck compares first, middle, last names as well as the last four digits of their social security number. When potential duplicates arise, local election officials remove the names and in theory prevent people from voting multiple times. But is the provided information comprehensive and accurate? And do those deletions result in fewer votes cast?

Responding to a Free Speech Radio News email survey of the participating states, a spokesperson for West Virginia said her state dropped out in 2014 because data was “not strong enough.” When asked what that means, the spokesperson replied: “We could not determine that the records we received were voters on our list. For example – the names may have been close, but not close enough. We just were not confident in the data.”

Seven states responded to FSRN’s survey by saying they have not seen any evidence of voter suppression or that critics don’t understand the merits of voter roll maintenance. A spokesperson from Arizona called allegations of suppression “baseless and inappropriate.”

But Bentley University Professor and political scientist Jeff Gulati thinks partisanship is a factor in determining how states manage elections. And that historical and modern attempts to limit participation overlap.

“There is an analog in the sense that it’s about power and about using undemocratic means to be able to win an election or let’s say we have to distort the democratic process,” Gulati says. “And we can argue if it’s more about race or partisanship. Democracy is sort of – democracy implies that you have very wide participation. Even if we’re going to say the same parties would have won, there’s still a legitimacy issue there.”

While Interstate Crosscheck isn’t the only multi-state voter roll comparison, according to the Verify Voting Foundation, more than 7 million people appear on the list, and fewer than five have been accused of intentionally registering or voting twice.