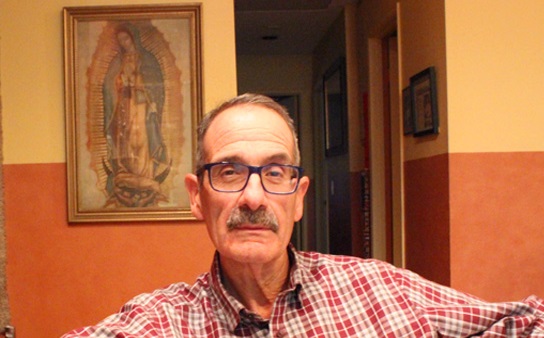 President-elect Donald Trump has vowed to begin the process of deporting two million immigrants on his very first day in office and has pledged to introduce legislation to build a wall along the border with Mexico within his first 100 days.

It’s been a long time since anti-Mexican rhetoric has been so heated, but it’s not a first. Lena Nozizwe reports on what history can teach us about the last time a U.S. president whipped up a similar level of public sentiment against Mexicans – and U.S. born Mexican-Americans.

Jobs are scarce, a crashed economy is unable able to fully rebound, and politicians rally support by promising to send immigrants back to Mexico.

That scenario may sound familiar today, but in this case the time was in the Depression-era 1930s. And American citizens of Mexican ancestry were among the more than a million people forcibly deported, or coerced to move, to Mexico in the so-called “repatriation movement.”

“Very tearful occasions. And very often the individuals were crying. The traditional farewell song in Mexico has been the ‘La Golondrina,’ and that was frequently sung,” says Francisco E. Balderrama, a professor emeritus of History and Chicano Studies at Cal State University who chronicled the mostly forgotten history in “Decade of Betrayal: Mexican Repatriation in the 1930s” – a book he co-authored with the late Professor Raymond Rodriguez. “It occurred from Alaska to Mississippi, from New York to California. Throughout the American nation, we have more than one million Mexican nationals and American citizens of Mexican descent that are expelled out of this country. Many of the Mexican nationals had been in the United States for 15, 20, 25 years and had married Mexican-Americans or also had children who were Mexican-Americans. Of that one million, generally at least 60 to 70 percent were U.S. citizens by birth, by being born in this country.”

Balderrama says the Herbert Hoover Administration promoted the deportations as a way to fight unemployment, but it was up to cities and counties to execute the plan. In some places, like Los Angeles, police conducted armed raids on entire neighborhoods and put those detained on Mexico-bound trains without due process. In other areas, Mexicans left under duress after being systematically shut out of economic life.

“U.S. Steel, Southern Pacific Railroad, Ford Motor Company, major industrial outfits told their Mexican workers that they would be better off in Mexico with their own people, in their own culture,” Balderrama explains.

The deportations lined up with a popular catchphrase during the Hoover Administration, which was “Real Jobs for Real Americans.”

The majority of the deportations took place in California. In 2003, the then Democratic State Senator Joe Dunn read Balderrama’s book and directed his staff to do a deep dive into documenting what happened.

While the deportations were not federal law, he says it was policy. His staff found evidence that the federal government reimbursed cities and counties for their deportation-related efforts.

And Dunn says those who were expelled were invoiced for the cost of transportation back to Mexico. Dunn describes it as a small fee, but it ended up costing homeowners much more.

“There was a reason for this. It wasn’t as though they actually thought they were actually going to get the families to say ‘okay, here is the money,’ Dunn says. “No, here’s this is what they did with it: they took that small amount, whatever it was, obviously it remained unpaid, and they would lien the homes.”

That led to foreclosures. Dunn says some of those properties became the sites of LA public schools.

Professor Balderrama says the mass expulsions did not spark protests or demonstrations back then, but Dunn says his staff did find documentation that at least one LA County official argued strongly against the deportations, saying they were unconstitutional. He got a telling written response from a supervisor.

“It was like one sentence long. It simply said to the county counsel from the supervisor member, ‘This isn’t about their constitutional rights, it’s about the color of their skin.’ That memo – I‘m sure that board of supervisor member never thought it would see the light of day,” Dunn says. “That defines it perfectly, but it was the Board of Supervisors in their own ugly way basically telling the county counsel to stop telling them not to do this.”

At the end of his investigation, Senator Dunn authored the Apology Act for the 1930s Mexican Repatriation Program which was signed into law 12 years ago. His efforts to pass a reparations bill were not as successful, even though he says the bill asked for a nominal amount to be paid to survivors.

Professor Christine Valenciana, whose LA-born mother was among the deported, says her family lost much more than cash and property: “We have one photograph of my grandmother, which was hard to get a hold of but we have it. We have two photographs of my grandfather. Of my mother, we have zero pictures before the age of 17 or 18. All we have is what my mom’s been able to tell us. And that’s important. She can take me to where we used to live, that’s important, but they lost their home. It’s kind of sad to go there and look at this house and say ‘Gee, my grandparents bought this, but they lost it.’ They were contributing members of the society. It is sad. It’s very sad.”

Her family tree is now firmly planted in the United States – and she happens to be married to author Francisco Balderrama whose book prompted the Apology Act for the 1930s Mexican Repatriation Program.

She has conducted her own research about the Mexican repatriation. She now sees a flashback with the election of Donald Trump who campaigned on building a wall along the Mexican border and promising mass deportations.

“So now, with what’s going on, I’m feeling what perhaps my grandfather felt. I can relate to the environment that existed at that time. I knew about it before, but it’s different when read about it. It’s different when somebody tells you about it. But when you actually are in a situation that is very, very similar you feel it. You feel the terror they may have felt. You feel the marginalization that they felt,” Valenciana explains. “When you have the president-elect referring to people as rapists and criminals and all these other things those kinds of things were being said in the 1930s about Mexicans. So it’s like, wow, I am not a Mexican immigrant and neither was my mom, but you start to feel like wow, those people, we’re related to them.”

Professor Balderrama says as he collected the oral histories of survivors of the deportations they told him that what motivated them to talk was to prevent what happened to them from happening to anyone else.

From the beginning of his quest, Joe Dunn has wanted educators to tell the story. And while he no longer serves in the state senate, other legislators took the baton and in 2015 passed a bill that encourages K-12 study of the Mexican-American deportations.

And while descendants of those affected by the repatriations may feel vindicated to finally see their family histories in classroom curricula, current events prompt the question of if the lessons from 80 years ago have truly been learned.