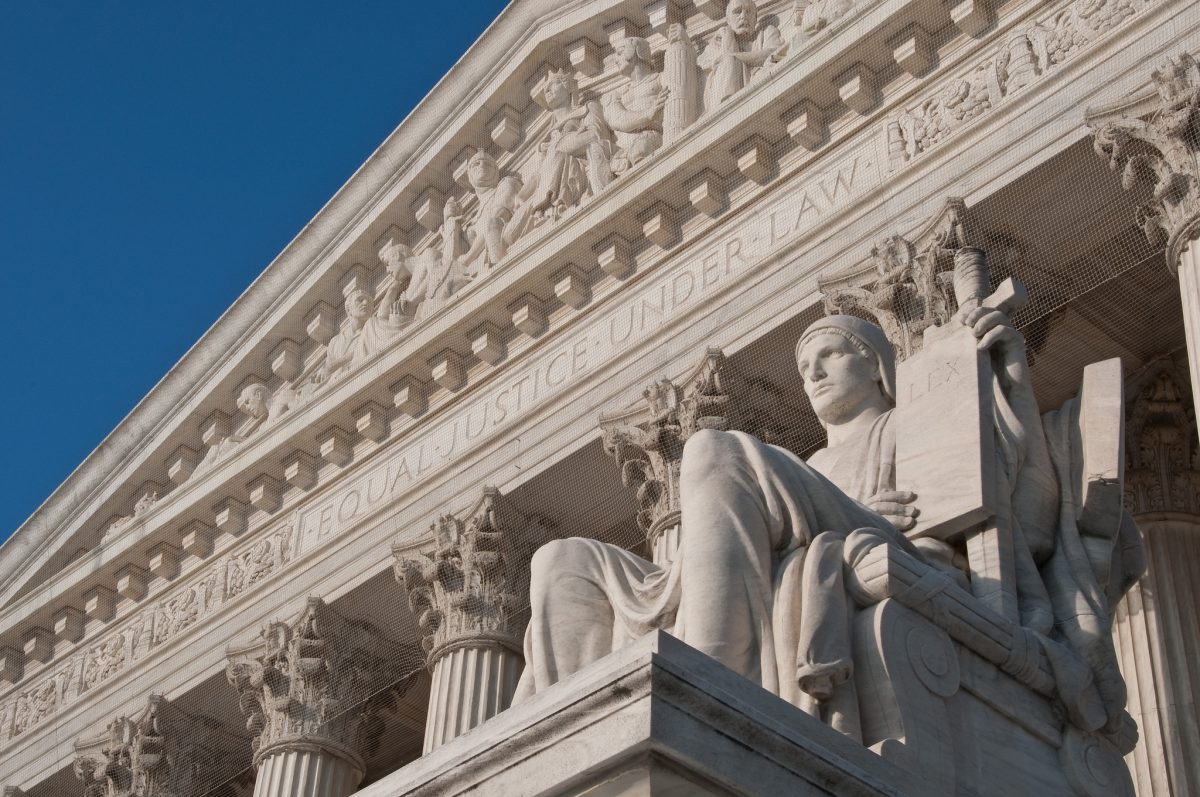 Editor’s Note: The introduction to this story was updated to include the fiilbuster threat.

Another Congressional show-down may be ahead regarding confirmation of President Trump’s nominee to fill out the bench at the U.S. Supreme Court. Senate Minority leader Charles Schumer threatened to filibuster a vote on Judge Neil Gorsuch, saying he’ll need 60 votes to get the job. Confirmation hearings for President Trump’s pick to fill the vacant seat on the U.S. Supreme Court bench continued for a second day Tuesday. FSRN’s Nell Abram has more.

After a day of opening statements and prepared remarks, the confirmation process began in earnest Tuesday with Senate Judiciary Committee members asking 10th Circuit Court of Appeals Judge Neil Gorsuch pointed questions, many of which he responded were inappropriate for him to answer.

Despite attempts by lawmakers on both sides of the aisle, Gorsuch would not comment on a slew of specific cases – including landmarks like reproductive rights’ Roe v Wade, gun-rights’ D.C. v Heller, corporate personhood’s Citizen’s United and equal protection’s Bush v. Gore.

But Judge Gorsuch, a constitutional originalist in the vein of the Justice he is tapped to replace, the late Antonin Scalia, did weigh in heavily on his legal philosophy about precedent – saying repeatedly that cases already decided by the U.S. Supreme Court are the law of the land and “no man is above the law.”

Gorsuch pushed back at criticisms that he favors big business over individuals, and religious doctrine over secular rights.

As a member of the Denver-based 10th Circuit Court of Appeals, Gorsuch joined the majority in the Hobby Lobby ruling, which found corporations could use religious grounds argument to deny employer-sponsored insurance coverage for contraceptives called for under the Affordable Care Act. But the judge noted that he applied the same logic to cases supporting Native American and Muslim religious expression.

Separation of church and state came up in multiple forms. In one particularly circular exchange between Senator Patrick Leahy and the nominee, the Vermont lawmaker pointed out that at least one GOP lawmaker has said the best chance for President Trump’s promised Muslim ban is if Judge Gorsuch is confirmed to the bench and sworn in before the matter reaches the Supreme Court.

“Would the president have the authority to ban all Jews from the United States, or all people that come from Israel?” Leahy asked Gorsuch. “Would that be an easy question?”

“Senator, we have a Constitution. And it does guarantee free exercise. It also guarantees equal protection of the laws, and a whole lot else, besides,” Gorsuch responded. “And the Supreme Court and Zadvydas has held that due process rights extend even to undocumented persons in this country. I will apply the law. I will apply the law faithfully and and fearlessly, and without regard to persons.”

“How about with regard to religion?” Leahy followed up.

“I don’t care. Anyone, any law, is going to get a fair and square deal with me,” answered Gorsuch. “My job as a judge is to treat litigants who appear in front of me as I wish to be treated when I was a lawyer, with my client, large or small. I didn’t want them discriminated against because they were a large company, or a small individual with an unpopular belief. And that’s the kind of judge I’ve tried to be, Senator. And I think that’s my record.”

Several lawmakers pressed Gorsuch on earlier writings in which he seemingly supported waterboarding and limiting the rights of those people subjected to the torture to sue the government – as well as wiretapping U.S. citizens. Gorsuch said he was working as a speechwriter at the time, and the works did not represent his views on the issues.

Early in his legal career, Judge Gorsuch clerked for U.S. Supreme Court Justices Byron White and Anthony Kennedy. The High Court bench has been one seat shy of full since Justice Antonin Scalia died unexpectedly last February. Within weeks, then-president Barack Obama nominated a potential replacement, Judge Merrick Garland, widely regarded as a moderate both parties could support. But the GOP-led Senate refused to schedule hearings for Judge Garland, stalling the replacement process for nearly a year, possibly altering the outcome of cases that resulted in a tie on the 4-4 Court.

Confirmation hearings are expected to continue until Wednesday night or Thursday, a vote on Judge Gorsuch in the full Senate is expected next month.