Hindsight: “Barriers on the Border” – FSRN documentary on the 2008 border wall push 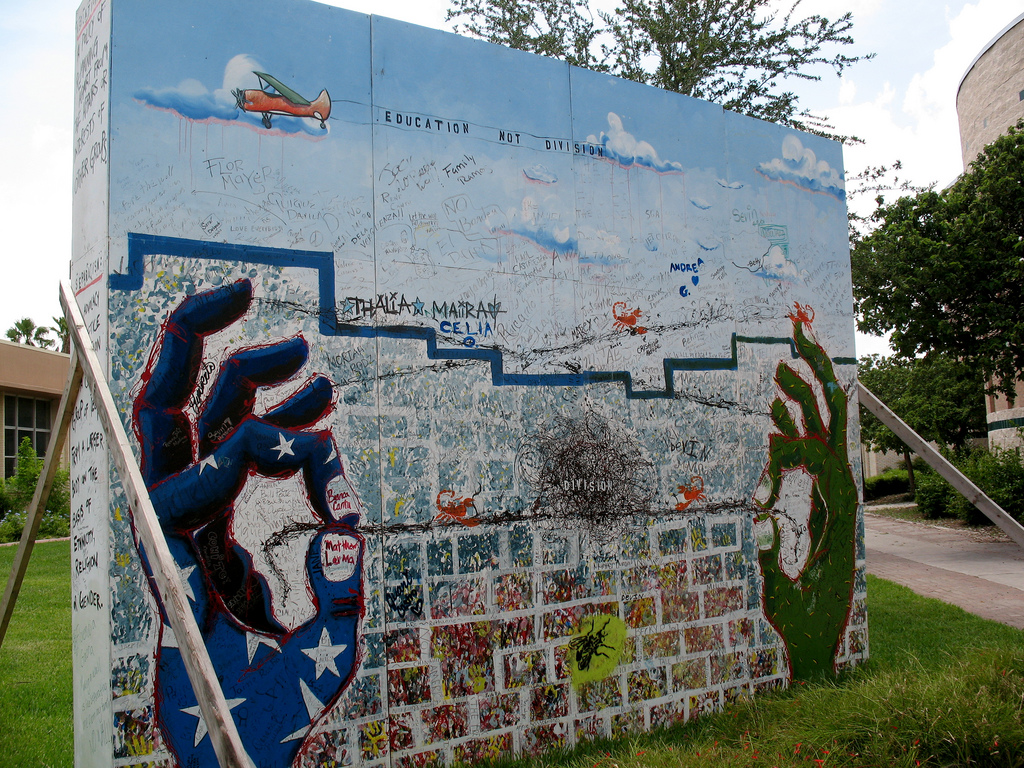 Protest art erected on the campus of the University of Texas - Brownsville in 2008. (Photo credit: Flickr user Lamusa / Creative Commons)

The signing of an executive order Wednesday to begin construction of a border wall along the entire length of the U.S. border with Mexico is not the first time the executive branch has pushed for a monumental barrier along the country’s southern limit. In a half-hour documentary aired in 2008, FSRN’s Shannon Young covered the expansion of physical barriers along the border towards the end of George W. Bush’s presidency. Originally aired December 31, 2008.