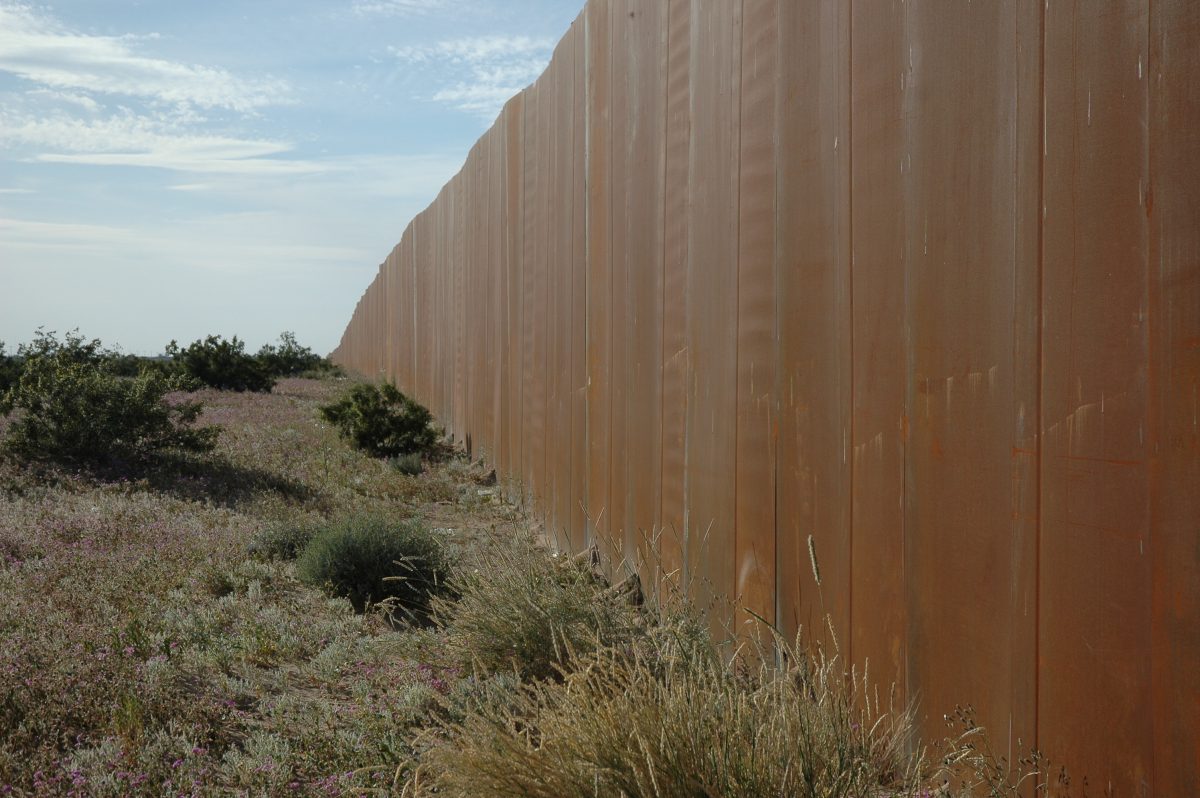 The Mexican side of a border wall between U.S. and Mexico. (Photo credit: Wonderlane via Flickr / Creative Commons)

President Donald Trump signed a series of executive orders today pertaining to immigration and border policy. No other country will likely feel the effects of the orders more than Mexico. Shannon Young reports.

Just before heading over Department of Homeland Security headquarters, President Trump signed orders to build a wall along the U.S./Mexico border, expand immigration detention space, increase enforcement of immigration laws within the interior of the country and examine how to cut federal funding to so-called sanctuary cities.

On the campaign trail, promises on these policy items fueled loud applause and cheering. They also sparked alarm among broad sectors of the population who hoped the president would tone down his rhetoric once he took office.

The Trump administration has framed the orders as making good on a campaign promise.

“The Secretary of Homeland Security, working with myself and my staff, will begin immediate construction of a border wall,” Trump said. “So badly needed. You folks know how badly needed it is. As a help, but very badly needed. This will also help Mexico by deterring illegal immigration from Central America and by disrupting violent cartel networks.”

Trump said the U.S. would be working with Mexico to help prevent the arrival of Central Americans along the US southern border. A U.S.-funded program to do just that has already been in place for years and has resulted in Mexico now deporting more Central Americans than the U.S.

The signing of the executive orders on immigration enforcement came just ahead of a formal event with the new DHS Secretary, retired General John Kelly. Despite a decades-long career in the military, Kelly has no work history in civilian law enforcement. His most recent position was as head of U.S. Southern Command, which oversees U.S. military operations and interests in Latin America and the Caribbean.

Trump signed the orders as two Mexican cabinet officials: the Foreign and Economic Ministers were in D.C. to meet with the new U.S. administration. They were sent as envoys ahead of next week’s official visit by Mexican President Enrique Peña Nieto.