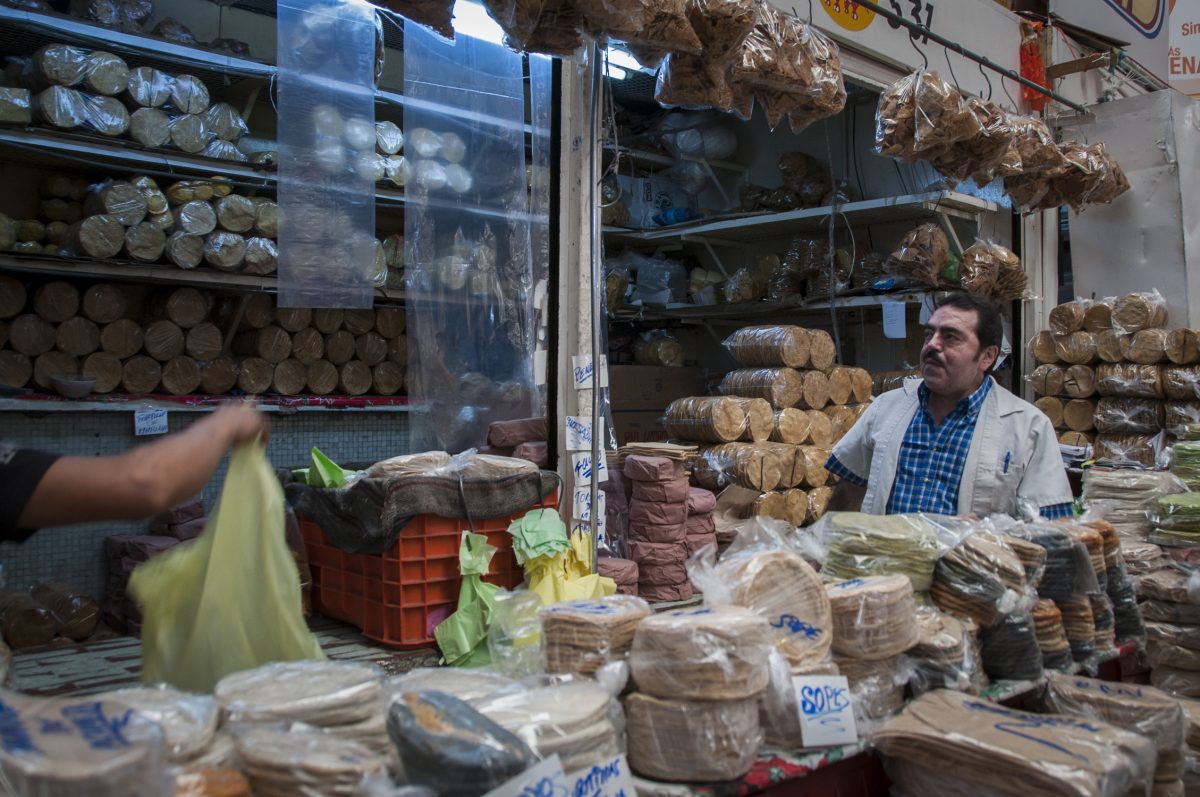 Mexican President Enrique Peña Nieto today cancelled a scheduled trip to Washington, D.C. in the wake of an executive order signed Wednesday by President Donald Trump to build a border wall. Trump has insisted repeatedly that Mexico will pay for the structure, something Mexico has refuted on multiple occasions. The actions form part of his broader economic protectionist strategy for the United States that is hitting hard the value of the Mexican peso and the country’s overall economy. Clayton Conn has more from the Mexican capital.

Here in Mexico City’s neighborhood markets, vendors and consumers are feeling the stress of a recent 20 percent hike in gasoline prices and the prolonged plunge of the peso against the dollar.

Food prices have jumped since the start of the year and inflation is now at nearly five percent.

For Martha Vazquez, a small restaurant owner and dairy vendor, the economic stagnation has forced her to keep her eatery closed and to limit what she sells in her market stall.

“There are ingredients that are used, which are imported and obviously that’s why the prices have gone up. Although the people look for these things, you can also present them with other options and they can choose,” says Vazquez. “So, this is how I try to counteract the effects of the rise of the dollar and the devaluation of the peso.”

The anxiety is particularly acute for Mexico’s low and minimum wage earners. Making roughly $4 a day, the devalued peso and price hikes are forcing these consumers, such as Virginia Montoya, to make very tough decisions.

“You either go to the doctor or buy meat. You either buy medicine or you buy milk or eggs,” Montoya explains. “Basically it isn’t enough, you can’t make enough.”

The peso has been on a downward slide for the last three years, but dropped sharply the day after the U.S. presidential election and has yet to recover.

In response to the U.S.’s new aggressive protectionist economic model, Mexico’s president Enrique Peña Nieto argued, in a speech on foreign policy, the need for his country to continue to attract private investment and promote free trade: “Mexico can and must increase the diversification of its economic and political relations. In that sense, the Government of the Republic should have a balanced, pragmatic and timely agenda, to expand the destination of exports and sources of investment.”

However some critics reject Peña Nietos strategy to continue the country’s two decades old neoliberal economic model. Arturo Huerta, professor of economics at Mexico’s National Autonomous University and research fellow at the Levy Economics Institute in the United States, argues that Mexico must turn towards greater economic independence, rather than diversify its dependence.

“There is no longer a position of cooperation between the countries, but the individual position of trying to get the most out of international trade with economic policies in favor of what is national. Mexico is still waiting for foreign investment to grow because Mexico lost control of its currency, central authority, and that leads to having no economic policy, no monetary policy, no fiscal policy, no crediting policy in favor of growth,” Huerta points out. “We depend on attracting foreign capital and from there what comes next? Attracting capital in a context where capital will no longer come because it only came because Mexico produces for the United States, exports to the United States and at the moment the United States is going to put in place barriers and logically what will no longer be attractive is the Mexican economy.”

Yet back in the market in Mexico City, dairy vendor Martha Vazquez says a silver lining of the economic crisis has been the reinforced ties between residents and small market vendors: “Here in the market what has been going on is that people are helping us by not buying in Walmart or the Aurrera chain stores. They are coming to us and we are basically supporting each other economically.”

Mexico sent a delegation of top officials to the White House this week to jump start talks ahead of a previously scheduled meeting between presidents Peña Nieto and Trump. But when Trump signed the executive orders on immigration and the wall the same day as the delegation arrived, it created a major controversy within Mexico. On Thursday, Peña Nieto officially cancelled his trip to the U.S.

Analysts fear further economic volatility is to come for Mexico and that it is already heading towards a deeper diplomatic crisis.