For Muslim women fighting for equal rights, perseverance is key 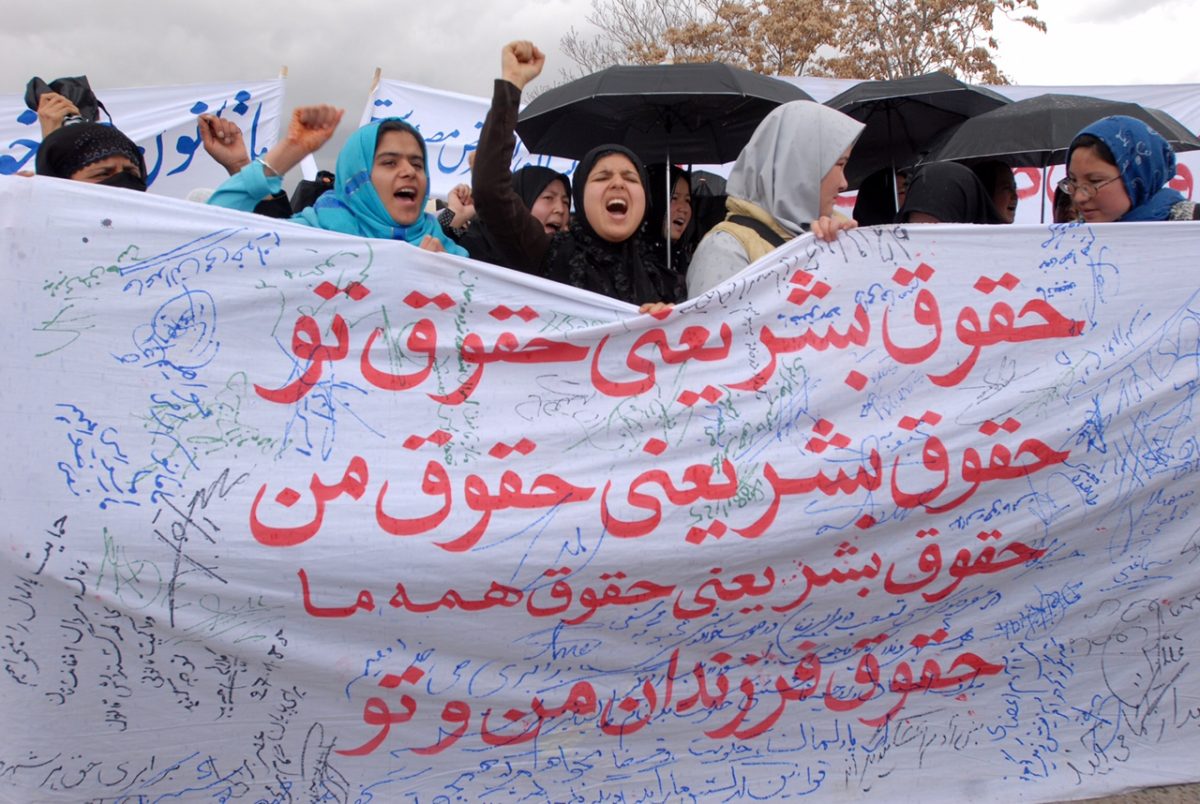 Immediately after the inauguration of the 45th U.S. president, millions of people took to the streets in worldwide Women’s March actions to show support for hard-won social gains they say are at risk of being rolled back under the new administration. One of the president’s first actions was to reinstate a ban on funding international organizations that provide family planning guidance and services.

Not long after came the controversial entry ban for individuals from seven Muslim-majority nations that trapped travelers in detention and blocked previously-approved refugees from entering the country. The travel ban is indefinite for Syrian refugees, the majority of whom are women and children. Americans are protesting the ban, and the inherent infringement on human rights.

The ban also shuts the door to women fleeing areas where ultraconservative interpretations of religious laws have been used to rob them of social power. In conflict zones and under authoritarian regimes, women continue to resist subjugation and find hope in a future that includes them as equal partners. Fariba Nawa reports.

It was shortly after the 1979 Iranian Revolution that secular women who supported the Shah’s ouster suddenly confronted mandatory headscarves and Sharia law. They didn’t sit still. They hit the streets and protested, some were stabbed with knives

Thirty-eight years later, women in Iran still cannot be judges, lead singers on stage or legally ride bikes. Participation in street protests leads to jail, so they find other ways to resist: on social media, in their homes, and on public transportation.

Holly Dagres, an Iranian-American academic, lived in Tehran after the revolution. She says American women fearing the loss of equality under a Trump administration can learn an important lesson from Iranian women: perseverance.

“Iranian women are using social media as tools. They’re pushing the boundaries in little ways that aren’t really covered in the media,” Dagres points out. “For example right now, it’s forbidden to ride bicycles. What do Iranian women do? They ride bicycles. They ride motorcycles. They have videos of them doing it on the internet. And it’s essentially their way of saying, ‘Hey, we’re not listening to you.’”

Other women fighting for equality in Iraq, Afghanistan, Libya and Turkey say hope and solidarity have strengthened their movements. But they find it hypocritical for America to advocate for women’s rights, then oppose the same persecuted women from entering its borders.

Farzana Wahidy, an award-winning Afghan photographer, says being an Afghan woman can feel like a curse at times. But she doesn’t lose hope. She has been fighting for her rights since she was 13 under the Taliban. Then women were forbidden to attend school or work. Since the American intervention in 2001, girls and women are back to school and work, but 87 percent of women report domestic violence.

In 2014, a mob outside a mosque in Kabul beat, burned and drove over Farkhunda, a woman falsely accused of burning the Quran. The incident drove tens of thousands of Afghans inside the country and in the diaspora to march for women’s rights. Afghan pop singers like Mozhdah Jamalzada dedicated songs to Farkhunda, who became an icon.

Wahidy was one of 30 women who insisted on carrying Farkhunda’s coffin and participating in her burial. In many Muslim countries like Afghanistan, tradition forbids women from attending burials. The female pallbearers like Wahidy endured harassment and threats.

“I never gave up,” Wahidy says. “I will turn every challenge into an opportunity. And I always start over again when things didn’t work out.”

The Obama Administration dedicated half of its global aid budget for gender empowerment to Afghanistan – that’s $216 million over five years. But Trump is due to slash 40 percent of the international aid budget. He has already signed the Mexico City gag rule that cuts funding to birth control and abortion in many countries. It’s not clear how it will affect Afghan women yet.

Wahidy says money alone will not solve Afghan women’s problems. Afghans need security and a change in mindsets that stops seeing women as second class citizens, she says. And that will take time.

Like Afghanistan, Libya and Iraq are embroiled in war and ISIS’ presence threatens basic human rights. Women in conflict zones say war emasculates men. They lose their jobs, their limbs, their integrity. And they can turn on their women as a result. One way to combat violence against women is to include men in their struggle.

Hanaa Edwar, an Iraqi women’s rights activist, says Iraqis have recently passed laws supporting women and exceeded their quotas in the Iraqi parliament in part because men joined the movement.

“This success should always be always mobilizing – mobilizing of women and men of course,” Edwar says. “It’s very important, especially men from legal experts, media men – this is because they will also get our cause to defend it and to try to be with us always.”

But first women have to be united with each other, activists say.

When women remain divided along ethnic and religious lines, feminism suffers. One word that resonates among global human rights activists is intersectionality. That’s when activists band together to confront racism and sexism at the same time.

Each country and community struggles and fights with women’s rights in its own way. But most say the same thing: mobilize, stay on the streets, do not give up and work within the system using loopholes and male allies to move forward.