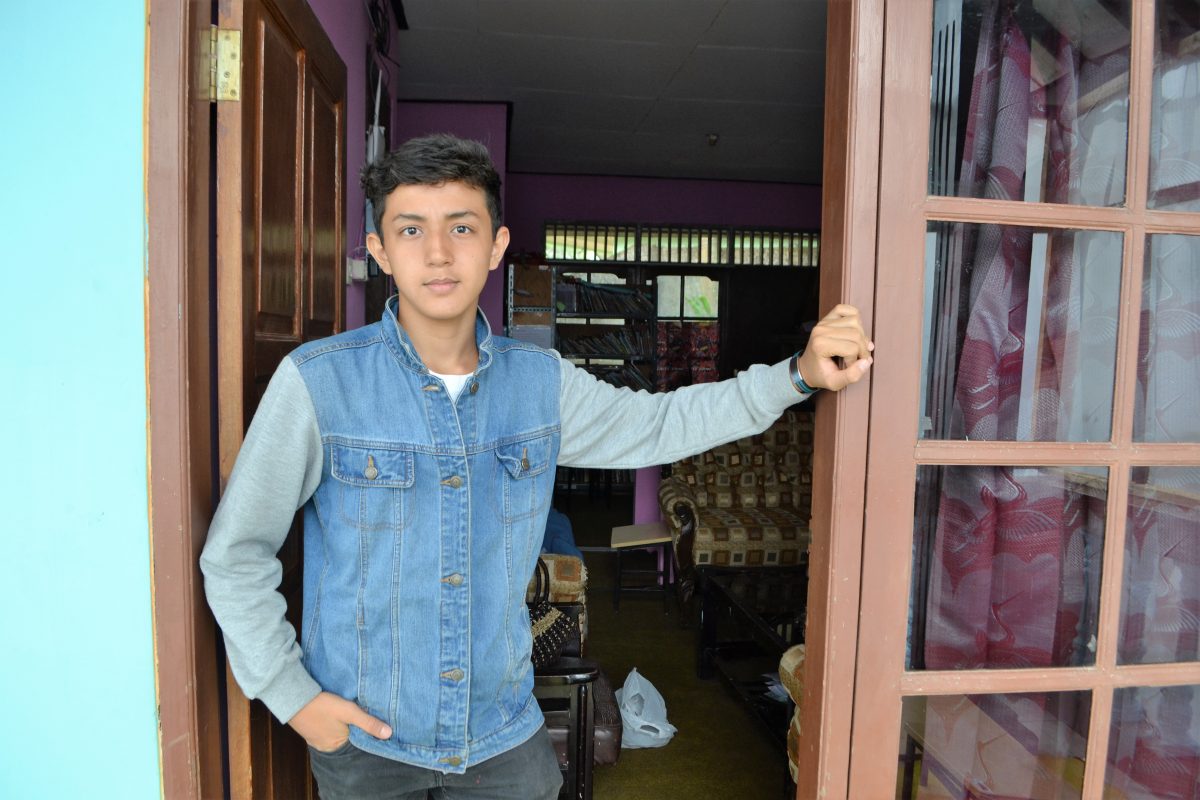 The plight of what the United Nations says is now more than 20 million refugees worldwide is still in the spotlight. Uncertainly prevails after a federal court refused to reinstate President Trump’s travel ban on people from seven Muslim majority nations. The U.S. had also suspended the country’s refugee program for four months and indefinitely barred Syrian refugees. What will come next is unclear, but reports indicate that a new executive order is in the works that would scale back the original travel ban enough to pass constitutional muster.

President Trump has also cast doubt about the future of an Obama-administration resettlement deal with Australia, under which refugees currently languishing at the Manus Island And Nauru detention centers would be relocated to the U.S. Tensions are high, and court actions ongoing as promises of resettlement get caught up in politics and trigger false hopes.

For almost 14,000 refugees in Indonesia, this plight is a daily reality. Indonesia has a long history of welcoming refugees for temporary settlement. But with just 610 refugees permanently resettled in 2015, the majority are left facing an uncertain future. And this month tensions came to a head, as dozens of refugees attended the UNHCR in Jakarta for a third day a row holding signs reading ‘save us’ and begging staff that their fate be decided. Unable to work or access education, meaning much of their life is spent in limbo. But, as Georgia Clark reports, one learning center outside of Jakarta, is on a mission to change that.

A little more than 50 miles outside the bustling streets of Jakarta, where skyscrapers loom above impoverished local shops, or ‘warung,’ more than 100 refugee children are more than 1,000 miles from home. Unable to work or easily access public education, even the necessities of daily life are hard to come by.

But here at the refugee-established Cisarua Learning Center, almost 100 of these children have the chance to go to school – perhaps when they need it the most. 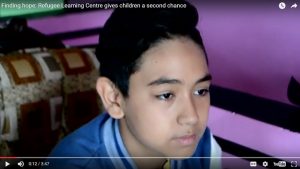 For the 14,000 refugees in Indonesia, including 6 percent who are unaccompanied minors, access to education is extremely limited. In 2015 only 51 school-age refugee children were enrolled in public schools.

The waiting list here is inundated, and according to one teacher, Sadiq, its funding from the Australian non-profit Cisarua Learning Inc. could be pulled at any time.

“We have more than 10,000 refugees in here. We are just a small place. We may support the students, we may teach the students. We may get some of the refugees, but again how about who are still in the waiting list, who are still waiting outside to get in this school?” Sadiq asks. “I think we may need more – much support from people. Refugees are good people, human beings. They are just like other people.”

Situated in an area populated by 3,000 refugees in the valleys of Bogor, the Cisarua Learning Center is no ordinary school. It’s run by refugees, for refugees – the students and teachers alike have fled their homes, escaping war and rampant poverty.

Matin’s teacher, Farahnaz, is one of five women in her family. She’s an ethnic Hazara, and in Afghanistan was not allowed to leave her house alone at night, or to continue her education.

“Afghanistan is not safe. There’s always bombs and people are dying there, especially Hazara people, their target is Hazara people,” Farahnaz explains. “And because I’m a Hazara, so I have to leave my homeland.”

Like Farahnaz, the majority of refugees here are from Afghanistan.

Because Indonesia is not a signatory to the 1951 UN Convention Relating to the Status of Refugees, until last month the country had no protocols for how to handle refugees. But in recent weeks, the nation’s president, Joko Widodo, announced regulations providing a legal framework for refugees.

“My habit is to do art and I’m teaching art here in each and every classes,” says 18-year-old Farahnaz volunteers at Cisarua, teaching art.

Matin Kazemi’s brother, 13-year-old Amir, is a student leader at the school. While he is proud of the center, he says it is important to remember that it is not a permanent solution.

The new regulations do provide legal status for refugees, but access to education remains problematic, and the waiting list at Cisarua is growing.

According to Farahnaz, there is much untapped potential among the refugee population.

After three and a half years in Indonesia, this week Matin and Amir received good news. Despite a clampdown on refugee resettlement in the US, its neighbor to the north remains welcoming. The two boys found out they will be resettled in Canada, and their dreams of finishing high school and going on to university are within reach.

Farahnaz, meanwhile, will continue volunteering at Cisarua, and dreams of finding a home in a third country.