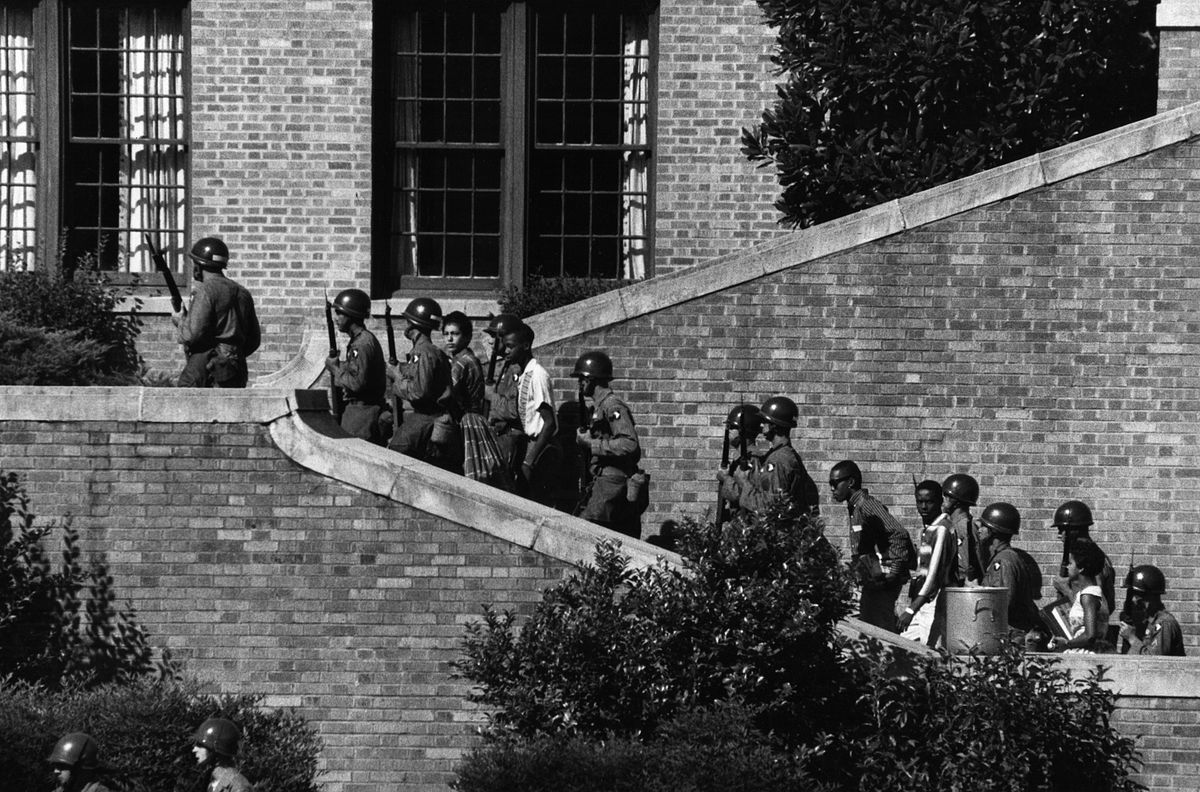 A bill before the Arkansas legislature seeks to ban any material by or about historian Howard Zinn from public or state-supported school coursework. Zinn is best known for “A People’s History of the United States” a book that looks at the nation’s history from the perspective of marginalized and disadvantaged communities. Arkansas’ HB 1834 is one of a raft of bills sent to the state legislature’s House Committee on Education reflecting a decidedly conservative ideology. The proposal to ban Zinn’s works from Arkansas classrooms would be tacked onto an existing law that requires K-12 students to stand hand on heart and recite the Pledge of Allegiance at the start of each school day.

For more on the proposed ban, FSRN’s Shannon Young spoke with Deborah Menkart, Executive Director of Teaching for Change and Co-Director of the Zinn Education Project, which provides resources to middle and high school faculty to teach “A People’s History” in classrooms across the country.

Shannon Young: The bill currently before the Arkansas legislature, HB 1834, isn’t the first time a local or state entity has zeroed in Zinn’s books for classroom censorship. What’s the history of past bans or attempted bans?

Deborah Menkart: That’s correct. Some recent ones – the past 10 years – was in Indiana, the governor at the time, Mitch Daniels, who’s now president of Purdue University, shortly after Howard Zinn died, sent a memo to the school district and said he wanted to be assured that “People’s History” was not going to be used in any of their public school classrooms. That was only revealed later in FOIA report – a journalist requested his correspondence and learned of that correspondence by Mitch Daniels. We, at the time then that that was revealed, we checked our database and found that there were close to 300 teachers in Indiana who were teaching “People’s History,” even though Mitch Daniels said that he had been assured that People’s History was not being taught in the schools. So there was a strong response and a defense of the right of teachers to teach, and for students to read “A People’s History,” and a number of teach-ins that were held – Zinn read-ins and teach-ins – in the state. And then also, in 2011, there was a ban on Mexican-American studies in Arizona, with a particular focus on Tucson, where there’s a very strong Mexican-American studies program, and a number of books were removed from the classrooms – boxed up and removed in front of students. One of those books was “A People’s History of the United States.”

SY: Much of Zinn’s early work had to do with real-time coverage of the Civil Rights Movement. Of course, Little Rock, Arkansas was a flashpoint in that movement. What deeper significance do you see in the attempt to keep Zinn’s body of work out of Arkansas classrooms in particular?

DM: That’s a good question. I’m not sure if it’s anything about what he wrote about Arkansas, I think there’s a struggle in this country right now for the right of people to think clearly about what’s going on in the world and make their own decisions. Attempts to demonize the media, attempts to demonize facts. So, I think the people’s history that Zinn writes about allows people to see themselves in history and to realize that history is a series of choices, and it has questions about power, about who benefits and who loses from certain choices that are made in history. That is very threatening to those that want to maintain the status quo, that would like to convey the idea that all we have to do is make America great again. If people are understanding and reading that history, they would ask exactly what period are you talking about and who was it great for? Those are the kind of critical questions that are generated once people read Howard Zinn’s “People’s History” and other books that include the grassroots history of the United States.

SY: The Zinn Education Project produces a companion book for teaching “A People’s History” in the classroom. Is there a geographical distribution of where there’s more interest and less interest in this particularly type of teaching?

DM: No, that’s actually – we have the companion book that we produced when the project was first launch back in 2008, and the book is still available. But also now, all the lessons in that book, and many, many more – more than 100 lessons – are online, that teachers can download for free. We’ve actually been pleased to see is that it’s really teachers all over the country who have responded and are committed to ensuring that young people learn the kind of history allows them to be informed citizens today and making informed decisions when they’re voting, but also in between the elections because, obviously, being an active citizen is much more than voting, but playing an active role and realizing what the responsibility of citizens is in our democracy. But we’re seeing interest, and we’ve certainly seen interest over the past week from Arkansas – when we announced, the Zinn Education Project, when we learned about this bill last Thursday, we realized we had a few hundred copies here of “A People’s History of the United States,” so we decided to make an announcement that any teacher in Arkansas who would like a copy, we’d be happy to send them a copy of Howard Zinn’s “People’s History of the United States.” We were pleasantly surprised by Sunday evening to have had more than 500 requests made for the book by teachers all over the state, with very heartfelt reasons about their request.

SY: Can you go into a bit more of a detail about the flavor of the response that has come from Arkansas teachers?

DM: So, I would say many of the teachers have responded, saying that they had never read Howard Zinn’s “People’s History,” but if their state legislature wants it banned, they want to be sure that they have a copy and that they can share it with their students. Others have made comments that they’ve heard of Howard Zinn and don’t think they agree with everything he says, but they don’t believe in censorship and, again, they want to make sure that there’s a copy on their desk so that when their students walk by they can see that their school and their teachers defend their right to read and to read from diverse perspectives. Others have – there was a teacher who mentioned going to school in Texas where her teachers – she even named him, Mr. Hendricks – when she was in eighth grade introduced them to “People’s History” and she said it really opened her eyes and she wants to make sure now, as a first year teacher in Arkansas, that her students have that same opportunity that Mr. Hendricks afforded her. So, I’d say it’s quite a range, but it’s been extraordinarily enthusiastic and a strong response. And there’s actually librarians who have also said that they’re putting up displays and signs in the library, saying that here is a dangerous book, or a possible censored book or banned book, and that’s generating a lot of interest as well.

Deborah Menkart is the Executive Director of Teaching for Change and Co-Director of the Zinn Education Project.